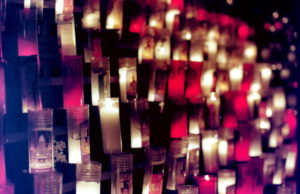 Of the Western faith traditions, Catholicism most strongly bears the marks of our pagan past. Sites sacred to local pagan religions were “adopted” by the church as it spread, and Pope Gregory I, circa 600, even encouraged his charges to utilize such places in the conversion effort. The Catholic panoply of saints resembles pagan polytheism, and its complex demonology draws on ancient systems—including pre-Judaic ones—long since abandoned by Protestant streams of Christianity. In modern times, it has been hybridized with Voodoo (which features Lwa spirits analogous to Catholic saints) and devotion to the Mexican folk saint known as Santa Muerta. On the occult side, the Satanist Black Mass and Aleister Crowley’s Gnostic Mass are also based on Catholic ritual.

It’s no surprise, then, that Catholicism is closely linked to the horror genre. Early horror works such as Horace Walpole’s The Castle of Otranto (1764) and Matthew Lewis’s The Monk (1797) contain rather sensationalistic Catholic elements, reflecting a popular imagination that saw the faith as one step away from superstition and the occult. Scratch Catholicism, such works suggest, and you’ll find the supernatural. Wherever there is evil, swing a cat and you’ll find a priest—and vice versa.

The casual use of Catholic themes and imagery as an indicator of horror is still visible in contemporary works like The Conjuring franchise. Though these films nominally concern Catholicism, their engagement with faith is not deep. Botched or misplaced religious rituals are presented interchangeably with occult spiritualism; ghost hunters perform exorcisms in Latin; the effects of possession are reduced to makeup—all because these films are willing to sacrifice religious veracity for a good plot twist.

Such works treat Catholicism as window dressing, a disposable doorway into the horror story waiting beneath. The trappings of the faith, from nuns’ habits to rosaries to the bleeding Christ on the cross, are easily identified visual signals serving a specific function: giving us a surface to scratch beneath so we can find the evil that we already believe is there. Catholicism serves the needs of the horror tale by providing easily contextualized “plug and play” themes of sin, punishment, and (occasionally) redemption.

The result is superficially Catholic-flavored horror. But there’s a deeper way to address the relationship between Catholicism and the genre: by engaging the foundational Catholic question of what evil is and how we respond to it spiritually. Good horror does this implicitly, and good Catholic horror does it with complete awareness of its faith context. The Exorcist (1971) became a landmark in horror not because of its religious imagery, but because its protagonist, the Jesuit psychiatrist Father Damien Karras, experiences a transformative response to evil. The questions of faith that dog Father Karras don’t evaporate once he encounters evil, but are inextricably bound to that encounter.

In The Exorcist, faith and evil actually interrogate each other–the mark of a mature and complex understanding of Catholic horror. This interrogation forces us out of simplistic formulations that portray the church as inherently perfect or inherently evil beneath the surface by acknowledging many possible relationships between the church and evil. This ranges from the benevolent attitude of author William Peter Blatty (himself a practicing Catholic) to one that can see the church itself as a direct cause of pain and suffering.

Such a mindset is necessary for today’s church, which is only beginning what will likely be a multi-generational reckoning with its history of abuse. To many who have been victimized—in Boston, Philadelphia, Austria, Australia, Canada, Ireland, you name it—Catholicism itself is the horror. Some people live horror novel lives because of predatory priests and church leaders who handed their sheep over to wolves. If there’s ever a time to look seriously at the dark side of the church and the real-life monsters it has abetted, it’s now.

This is where Catholic horror comes in. I won’t go so far as to propose it as a cure, but if done with sincerity and complexity, it can be a tool for the necessary task of looking evil in the face. A more recent novel, Andrew Michael Hurley’s The Loney (2016), exemplifies how a reflective approach to Catholic horror can manifest itself after the revelations of historical abuse within the church.

The Loney is set in 1976 on the bleak west coast of England, where eight London parishioners and their new priest go for a Holy Week pilgrimage in hope of curing the narrator’s brother of his muteness. Hurley, a lapsed Catholic with a strong feel for the church’s ritual, neither shies away from nor revels in the psychological abuses of a former parish priest, Father Wilfred, who appears to have lost his faith at the end of his life and committed suicide. Hurley also explores the ancient pagan substrate on which the church built itself in that corner of Britain, forcing us to see Catholicism in the context of religious history. The Loney presents an approach to contemporary Catholic horror that carries forth the mature mindset of Blatty’s The Exorcist.

We need more works like this as part of the reckoning process. The abuse crises will no doubt spawn plenty of opportunistic, sensationalistic, Catholic-flavored horror that will arise from the commercial realm with little concern for veracity. But the deeper and more difficult literary interrogation between Catholicism and evil should seize this moment too, because it provides a necessary look into how the church has become the horror for some. If Catholicism is to be purged of its evil, the Catholic imagination needs to get to work exploring ways we have responded to that evil—and ways we might respond to it that bring more truth to light.

Steven Wingate is the author of the novel Of Fathers and Fire, forthcoming from the University of Nebraska Press, and the award-winning short story collection Wifeshopping. His digital works include the interactive memoir daddylabyrinth and the dating sim Love at Elevation, forthcoming from Choice of Games. His writing on faith and culture has appeared in Talking Writing, The Cresset, The Windhover and elsewhere. He is, of course, writing a horror novel.