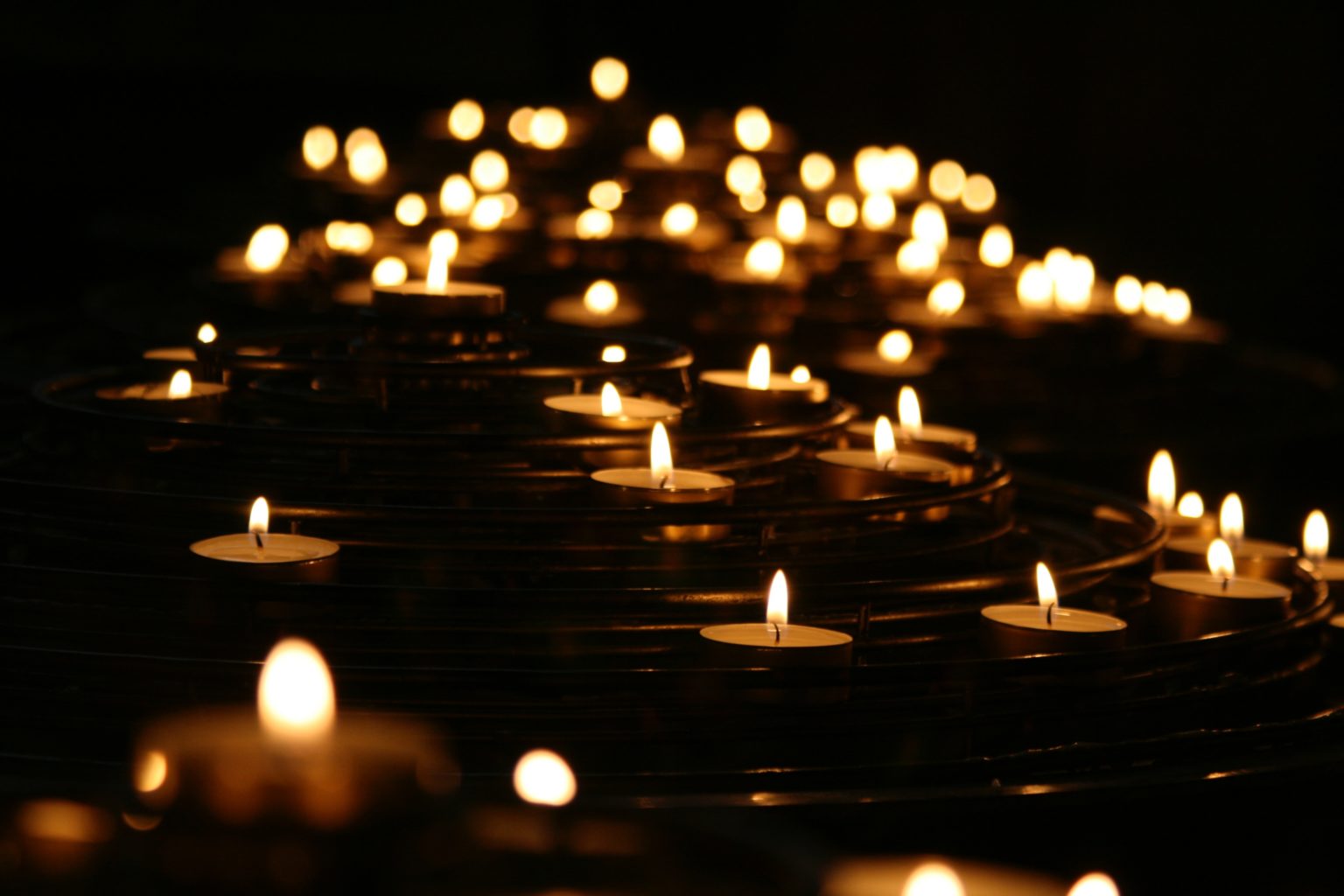 Photo by Mike Labrum on Unsplash

When I was in my early twenties, my father took me to Sicily and Portugal. I wish I could call and ask him if he remembers any details from our trip. My memories of my father on our travels are often from the back; he was usually a few steps ahead of me, purposefully leading us down a new path. At the time, I was content to follow behind.

I don’t have a good recall for the details of our itinerary, only a catalogue of images, and senses: steep stone steps, arched windows with carved flourishes, a tightly packed Fado restaurant where we shared a table with strangers, the voice of the Portuguese singer Dulce Pontes spinning out from a radio in a town off the tourist path, and the suffocating streets of Palermo just outside our hotel.

In all fairness to Palermo, we only stayed there one night. It was near the end of our trip and after ten days, we’d become accustomed to inhaling the spacious beauty of Sicilian islands and the cheeriness of the tightly packed multicolored houses in Lisbon.

Stories of the infamous Palermo mafia likely informed our lack of curiosity as we walked from our hotel to a restaurant and back again. Reading Elizabeth Harper’s “The Cult of the Beheaded” in Image 102, I wish we hadn’t indulged our privileged comforts and fears and had set out to explore Palermo like she did.

Harper describes her destination in Palermo as the Street of the Beheaded, a dilapidated alley that runs alongside roads named for the elite, the celebrated, the powerful, and the infamous of Sicily’s history. The eponymous beheaded are the opposite: those executed as criminals and dissidents during the time when the Spanish Inquisition made a stand in Sicily.

The Spanish Inquisition, begun in various parts of Europe as early as the twelfth century was spurred on by the Catholic Church’s desire to extinguish any forms of heresy. In fifteenth century Spain, the most notoriously vicious of Inquisitors, Tomás de Torquemada, was closely tied to Queen Isabella and King Ferdinand (the royals who sponsored the voyages of Columbus).

It was Torquemada who sent inquisitors to Sicily, which was under the rule of Spain after a multi-nation tug of war. Torquemada was known to be a devout and pious Dominican friar in his personal life, but in the political sphere, he grew so militantly tortuous that he had to be curbed by a Pope.

It’s worth noting that some scholars have made it a point to soften the “Black Legend” of the Inquisition, calling the stories of torture by iron maiden, hot pokers, or a dirty dungeon just “Elizabethan propaganda.” Some claim that, for its time, and compared to the atrocities committed by other nations, the Inquisition wasn’t so bad.

Um, yeah, I guess. But just because you’re not as bad as the really bad bully next door doesn’t mean what you’re doing is alright. The Inquisition tortured, executed, and practiced ethnic cleansing, forcing exile on most Jews and Muslims, even the ones who had been baptized into the Catholic Church. Once all Jews, Muslims, and Protestants were purged from Spain, the Inquisition turned to Catholics who weren’t orthodox enough. The mystics, living at the edges of the church were, unsurprisingly, some of the early victims of the Inquisition. A group of mystics called the Alumbrados were labeled as heretics for their belief in the primacy of mental prayer to experience Divine Love.

The Alumbrados were abhorrent to the authorities, and other devout mystics like Ignatius of Loyola were accused of being in cahoots with them. St. Teresa of Avila had run-ins with the Inquisition several times. She was suspected of heresy and investigated repeatedly.

Gillian T. W. Ahlgren argues that in 16th century Spain, many of the virtues that would cause someone to be considered a person of religious holiness—obedience, humility, asceticism, encounters with God—would also “generate suspicion about a woman’s sanctity.”[i]

St. Teresa probably knew that femininity had very little social value outside of marriage and motherhood so nuns and those cloistered would occupy a sort of third space, finding spiritual value in their relationship with God apart from men and apart from social expectations of their gender.

A relationship with God apart from men can still be a struggle, even now. Some think that our view of God is solidified by the time we reach the age of nine. Those of us who grew up in deeply patriarchal churches could spend the rest of our lives unpacking, eschewing, or rediscovering a God who defies our childish visions.

My God was always like the back of my father: loving but distant, a few steps ahead, distracted by intellect. Could’ve been worse, I know. In a photo album I found from that trip, my father was often turned to the side, his face in shadow. He died a few years ago, so I can’t ask him for his memories of our time in Palermo, but the photos give a few more edges and detail to the places we visited. I forgot we stayed a few days in London on the bookends of the trip; I forgot the brightly painted gondolas in Lisbon; I forgot the names of the islands we visited. I forgot that we actually visited Spain too.

I recognized myself though: young, unsure, following behind. And I wondered what that young woman would’ve made of the dank alleys of Palermo if she’d explored them, the cracked and dilapidated leftovers of the Church of the Beheaded where only a few relics remain of the mystics and dissidents hounded by the Inquisition.

If I talked to her now, I might tell my younger self, sitting in the restaurant in Palermo, that God is certainly moving in the beauty of the wide blue Sicilian sea. But God is also tucked in the back alley with the criminals, the condemned, those whose bodies have been mutilated, and the mystics who encounter God on the wild edges of the church.

I wish I would’ve been more courageous and looked in the dank alley for the skulls of the nameless. I hope I can find some ways to do it now.

Read more from Christiana Peterson: “The Anchoress Stares At Her Grave”