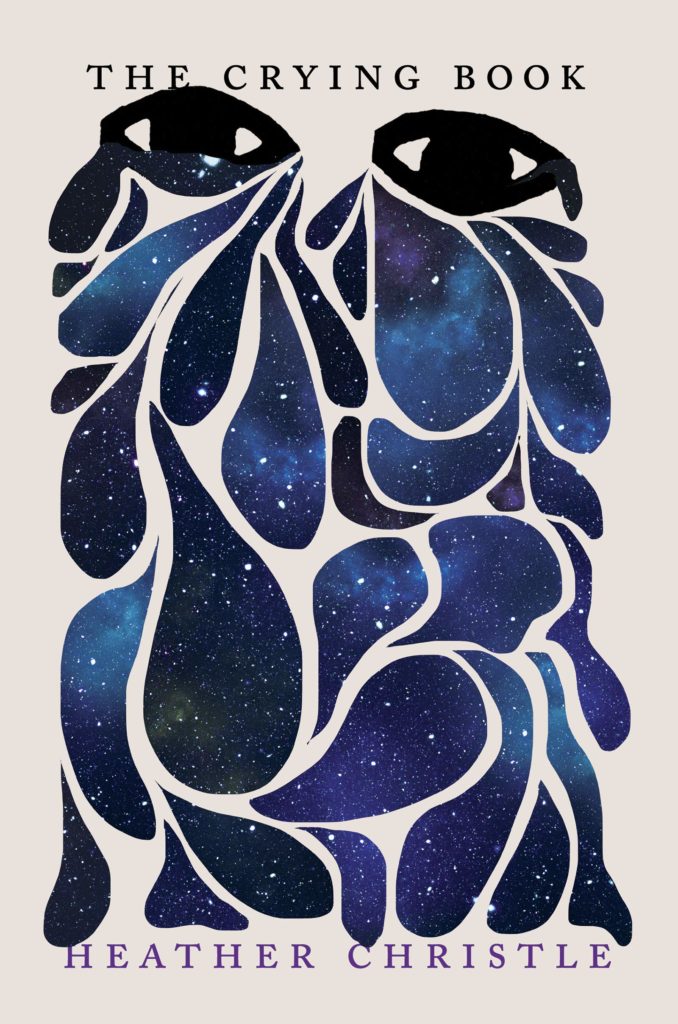 They are the bars and the beats of a musical refrain. They are odes to ideas, thought patterns. Sarah Manguso’s Ongoingness, which consists of brief meditations on graphomania. Maggie Nelson’s Bluets, 240 prose bursts on the titular color. Eula Biss’s The Balloonists, in which fragments of prose poems adjoin with fragments of prose poems to reflect the discontinuity of memory and thought. Wasting no space on facile transitions and making assertions by way of sequence and white space, such books implicate their readers in the co-creation of meaning. They are puzzles. They want solving.

The flap copy for Heather Christle’s The Crying Book categorizes the “dazzling meditation on tears” as a “symphonic work of nonfiction.” It’s a book of interwoven themes. In other words, harmonious arrangements. A poet, Christle is pleasingly roving and idiosyncratic as she assembles and parses, ponders and distills the science of tears, the length of a cry, Sylvia Plath, elephant emotions, Ovid, Kent State, Ross Gay, Silas Mitchell, and the Bas Jan Ader film, I’m Too Sad to Tell You (among other things) into miniature packets of white-space interrupted prose.

Christle’s mind—what it seeks to understand and how it accommodates and reconstructs understanding—is the intellectual thread here, but the emotional thread is Christle’s lived life, her losses, her tears that keep on falling. Christle wrestles with the suicide of a friend, the birth of her daughter, the legacies of sadness. At times her personal stories dominate. At times they nearly disappear. Always they propel the arrangement forward—the tears of an abortion binding to the tears of a lover’s suicide binding to the tears of a new mother’s exhaustion.

There is much fascination, too, in the found science, obscure art, and lore that makes its way into these pages. Christle is an inveterate explorer, a curious investigator whose fact nuggets often twine with the personal. Here she is, for example, in a single stand-alone paragraph, reflecting on a late-medieval illustration of the pieta. She finds herself enraged:

Clicking through images of the pieta—which depict Mary grieving over the body of Christ—I stumble across the “Lamentation of the Virgin” from the Rohan Hours, a late-medieval illuminated manuscript. Christ lies prostrate on the ground, blood marking his wounds, gray lids closed over his eyes. Mary leans desperately over him, but John the Apostle, whose own eyes are cast heavenward, clasps his arms around her torso, restraining her. She cannot reach, cannot console. I would like to punch John in his upturned face. 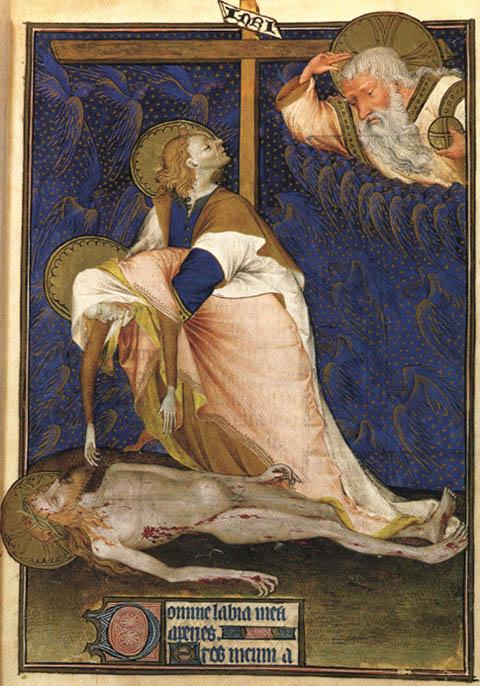 Lamentation of the Virgin, from the Rohan Hours

Have mercy, find compassion, yield to crying and to criers, Christle seems to say, each of her passages like a footprint in the show—trajectory and tracery across the historical, the literary, and the personal. A startlingly precise and sophisticated writer, Christle sometimes turns her process back around on herself, questioning the limits and uses of the empathetic imagination and examining our desire to explain ourselves by way of metaphors: “But it is dangerous,” she writes, when aligning a fragment of her story with Plath’s, “to lay a map of one’s own life over another’s, to make it a trap. It is dangerous to always think of one thing as another.”

We are inclined to see ourselves in others, Christle reminds us. We are made better, more humane through acts of empathy. But we are also, finally, responsible for seeing our own, unmetaphorical, unpoeticized selves, a theme Christle again returns to toward the end of her symphony. There is no one but Christle in this freestanding paragraph. Nothing but who Christle, in this moment, is:

I have cried every day this week, at times for hours. I hear myself describe the intensity of the tears, myself sobbing on the kitchen floor for no reason, “like a madwoman.” Why “like”? In these moments I am one. I am. An equation that can be simplified to this point—x=x—is called an identity.

We are sometimes one. We are also, sometimes and emphatically, a collective we with a shared cultural and literary history and a biological talent for crying—for those we miss, for the anger we feel, for the regrets we cannot fix, for the hope that burns our eyes. In its white space, its sequence, its assertions and reversions, The Crying Book reminds us of our own complex humanity.

Beth Kephart is the award-winning author of more than two-dozen books, an award-winning teacher at the University of Pennsylvania, and a widely published essayist. A memoir in essays, Wife | Daughter | Self, is due out from Forest Avenue Press in February 2021. More at bethkephartbooks.com.