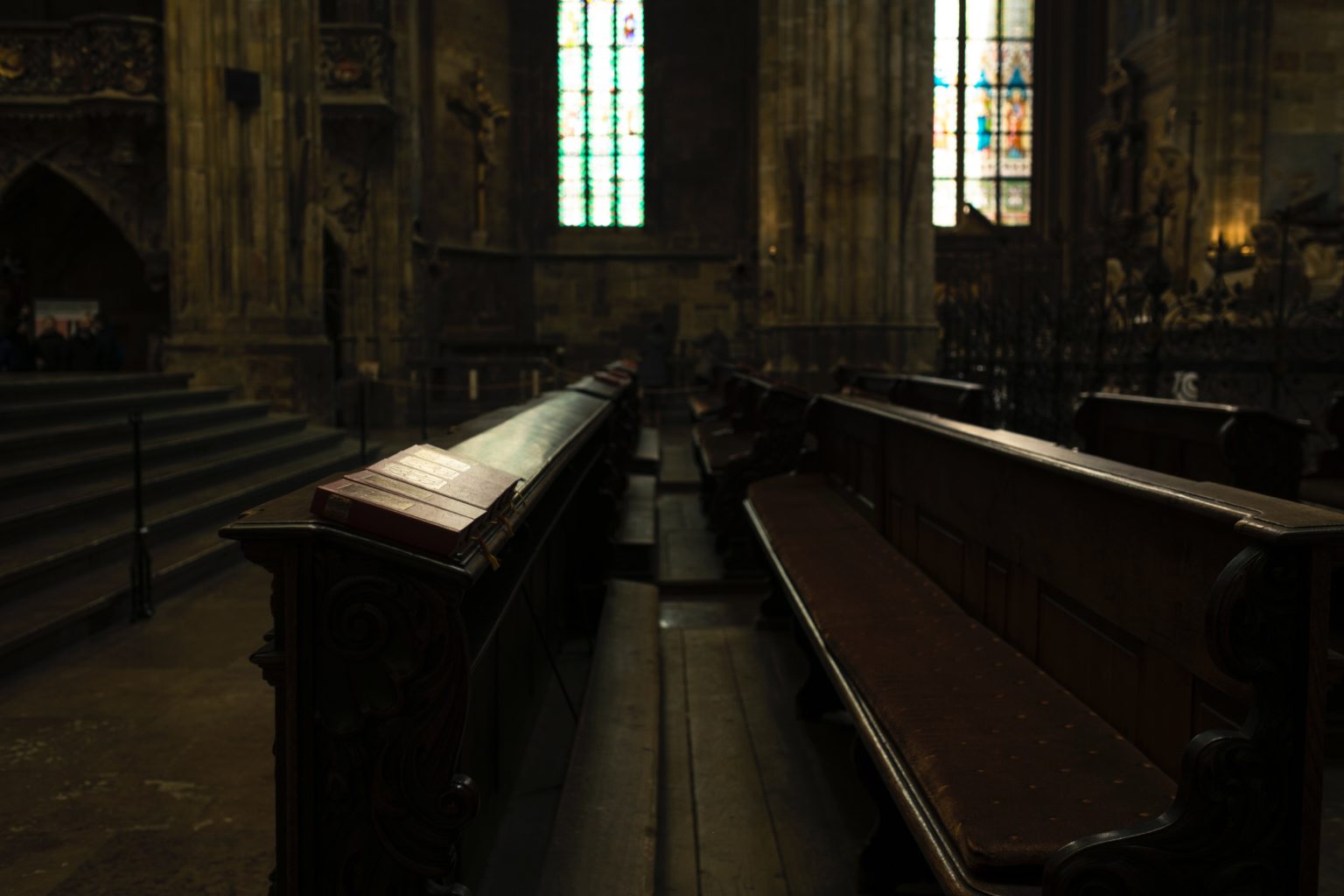 The old ladies are engraved. I’m only twenty-seven, so it’s easy to assume they’ve always been old, eternally taking the Eucharist, then haggling with the butcher. They have walnut faces, aquiline noses, and Q-tip heads veiled in the cool, musty Florentine basilica. Their knee-length skirts and open-toed heels hint that they haven’t surrendered all together.

All through that summer, living alone as a dog-sitter in the hills above Florence, helping out an American expat who’s back in the states, I sequester myself at weekday mass with this clutch of older Italian ladies, anziane. I seek shelter from the remorseless Mediterranean sunlight and a respite from my charges: Molly, a black Lab in heat, who incites a pair of neighborhood sheepdogs to violence; and Diva, a Dalmatian who threads through olive groves and stands of cypress trees, licking pus from the open wound in her right flank. I board an orange bus that dumps me in the city center, where I duck into the dimly lit basilica of Santissima Annunziata, the Most Holy Annunciation.

I’m bound to morning mass mostly because I long for a routine, any routine. Back in June, I quit my job as a writer covering All My Children for a soap opera magazine, then cashed in my dad’s frequent-flier points to make it here, to the last place I remember being happy, as an art history grad student. That was before my father’s quicksilvering liver cancer; before I told him that I didn’t want him to go; before he peered over the half-moons of his reading glasses and said, “Don’t think for one moment this isn’t breaking my heart.”

I’m counting on Italy to come through again.

Eight months ago, my father died on a rented hospital bed in the family dining room back in New Jersey, beneath a chandelier we raised and secured with a fistful of twist ties.

I lug those days to Italy like sodden cargo. Four thousand miles from home, here in Florence, those days taunt me, as insistent as the man who pesters me along my twenty-five-minute walk to the orange bus, whose ceaseless inquiries force me to slip a cheap silver band on my ring finger and masquerade as a wife.

We’re all women inside Santissima Annunziata, except for Padre and Jesus. “This is my body, broken for you,” Padre intones. The son of God is dying again for us this morning, taking his chances so I can live a life I don’t even want. The women approach the altar to take the body of Christ, and I fall in line, pointlessly attempting to blend in. Elsewhere in the city, the men belly up to zinc caffè counters, tossing back espresso.

The seamed faces of the anziane give off the only light, like votive candles.

Tedium is my tent pole. Each morning we listen to the same story, reenacting it: Jesus and his buddies eating dinner, drinking wine; Jesus pleading, Don’t forget about me. I perform the sacred choreography, standing, sitting, and kneeling beside the anziane in the murk, mumbling the responses, singing a cappella, and never smiling. Their prayers are not supplicatory; the tone is brusque, impatient, along the lines of, “I’m doing my part. And you?” God is less omniscient father than well-connected son, clutching the key to a door only repetition can unlock.

I imagine that at some point these women have endured their own fist-shaking, soul-lacerating moments. But I suspect that they have mostly accepted their religion as something like an arranged marriage to a nice-enough guy—a situation they didn’t choose but that nonetheless offers its comforts—rather than how I tend to conduct my relationship with God: like a tanking romance with a guy who can’t understand what I’m so worked up about, again.

Here, clustered in a church honoring the moment Gabriel tells Mary about her future, the stolid anziane launch rounds of meetings with their men: after Jesus come the butcher and the produce guy, and then back home to prepare lunch for their husbands, with whom they are also brusque and impatient. Even Mary, arms folded over her chest in the church’s famous Annunciation painting, appears poised to jettison Gabriel into the piazza. Perhaps this is her moment of doubt, just before she took it all in, took it all on, and “pondered these things in her heart,” forging ahead despite all the what ifs clogging her brain. 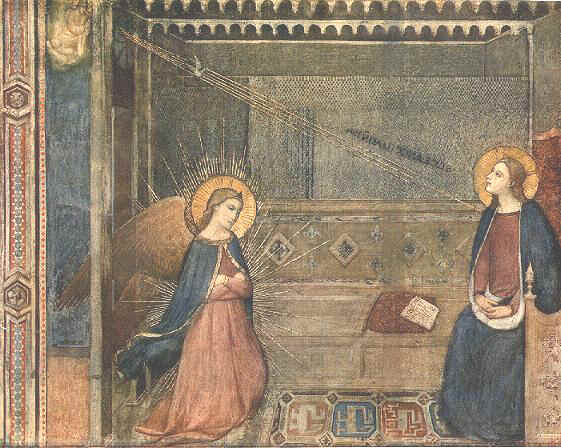 Maybe I’ll be like Mary, or like the Venetian waiters I read about, constantly mopping up in the wake of this or that flood, accepting the reality of acqua alta, blithely plunging into the Sisyphean task of piling chairs on tables and returning the next day to swab the floor and slice the bread.

Daily mass feels like that—hoisting chairs, mopping floors, repairing, restoring, mending, and forging ahead despite the grief that soaks me, the grief that, like water, wears down all it touches.

The anziane don’t bring me casseroles, but they feed me. They never ask how I’m doing, not like friends back home, who attempt to administer words like medicine, thrusting volumes of poetry and self-help tomes into my hands. For thirty minutes each morning, I’m burrowed in the collective bosom of this feminine enclave—a skeptical virgin and her attendants.

I’m not longing for the solace of a warm embrace. I cling to structure, cold marble, cracked singing voices, the brittle communion wafer, the promise of returning to the same group reciting prescribed words, motions picked clean of emotion. I don’t know how to be without a father, but I do know how to make it through mass.

I’m on repeat, in the middle of a ritual that has gone on in some fashion for two millennia and will go on all across the globe, in multiple languages, for the foreseeable future, whether I’m Hail Mary-ing and Our Father-ing in the third pew or not.

At Santissima Annunziata, no one promises she’s “there” for me. The anziane generally ignore me, except when they offer me the customary sign of peace. This offering feels exactly right.

Laurie Granieri’s writing has appeared on NPR, American Public Media’s “On Being” blog, and at River Teeth. She lives in Hunterdon County, New Jersey, with her partner, his son, and two loquacious kitties.