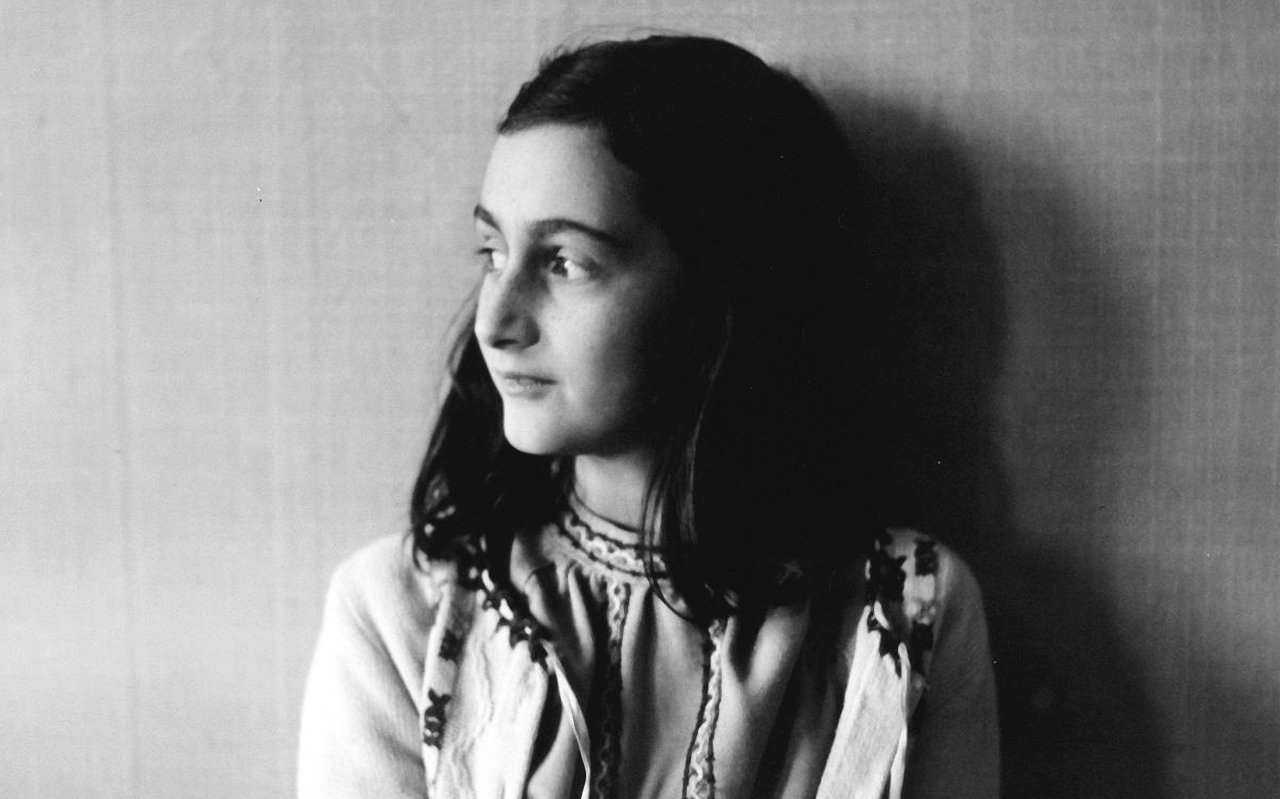 I was going to meet Miep Gies.

I was going to meet Katie Couric.

Life looks different now from the way that I thought it would then, at age nine.

And yet here I am.

There was the New York City of my dreams. My mother’s mother was from Philadelphia, and my mother has fond memories of driving through the city after visiting relatives in PA.

There was the Today show of my dreams. My mother’s mother, my mother, and her sisters visited its set in the 1990s. Live from Studio 1A, in Rockefeller Plaza. After the show wrapped for the day, my mother spotted Matt Lauer leaving the set and followed him into a wine shop.

There was the DC of my dreams. More specifically, there was the United States Holocaust Memorial Museum. It opened before my ninth year; I was anxious, even impatient, to tour it and view photographs of the event that had captured my imagination ever since my mother had pressed a certain young girl’s diary into my hands that same year. With all the mess and bother of things, as this girl once wrote—of modern things, in her case—this world existed. Or rather, this world of hers is recreated for the museum viewer.

Almost smack dab in the middle of the twentieth century, the cattle-car doors are thrown open to the reality of the world: the bright light and white sand of a certain camp. What fresh hell is this? Nothing grows here. Nothing prospers.

This vivacious girl and the events in which she was swept up have arrested me in a way little else has: What to do? This girl with enormous, absorbing eyes. This girl who, as one now-forgotten publication put it, said, I was here. This young girl who was once in the world.

There was the England of my dreams. At nine, I was a voracious reader, fittingly for a future literature graduate student. I took quickly to an illustrated book of holiday classics, including A Christmas Carol (a quick take helped by a regional theater’s annual production). Thus England became a must-do for me at that tender age, thanks to tea, holiday treats, and Tiny Tim.

Twenty-odd years later, a particular television production has done something to shape these dreams. The English tens and twenties are given a fresh spin. An aristocratic family, their staff, and the lives and loves between them. A father and daughter in the cozy library of a great house, she in tears and in long gloves. Another daughter off to the races! A family taking tea in the library, as prepared by the staff—and the staff themselves taking a cup of coffee with milk, no sugar, and conversing on the issues of the day between duties.

The thrum of a country estate. The heat of a summer’s day. Two men gazing out at a woman swaying confidently away in the distance.

The thrum of a city. A young woman in a fashionable splash of a dress closing up the office and lowering the lights. A young woman preparing to take tea, the day done. As one modernist author put it, this “was what she loved; life; London; this moment of June.”

With the passing of Miep Gies, life looks different now. At age nine, I expected to meet Miep later in life. I wanted to share with her what her act of returning Anne’s diary, unread, to Papa Frank had come to mean to me and to so many others.

And yet here I am, again.

With the letting go of Matt Lauer, life looks different now. At age nine, I expected to meet Matt, Katie, Ann, and Al later in life. I wanted to share with them how they had contributed to my mother’s and my city of dreams in the 1990s. Live from Studio 1A, in Rockefeller Plaza.

And yet here I am, again.

I sit in the cold, contracted, constrained quiet. As a character says in a beloved television production, not only are others passing me by, but I’m helping them do it!

I search for meaning. In nibbling a black and white cookie while eagerly absorbing a cup of black coffee and the Sunday Styles section. In bumping into a display of children’s books on the Holocaust. In lurching into a book display on London.

Surely, surely, it must mean something. That I nibbled this while I absorbed that—and that I felt very New York while being not at all in New York. That I bumped into this. That I lurched into that—and that my heart lurched toward literary dreams even as my own edited-to-nearly-nothing manuscripts collect dust in a proverbial drawer. Nothing grows there. Nothing prospers.

And yet here I am.

Vanessa Waltz's writing has appeared in the Fortnightly Review, Jewish Journal, Mslexia, and Prism: An Interdisciplinary Journal for Holocaust Educators. She holds an MA in English from Middlebury College and completed her studies at Lincoln College, Oxford.