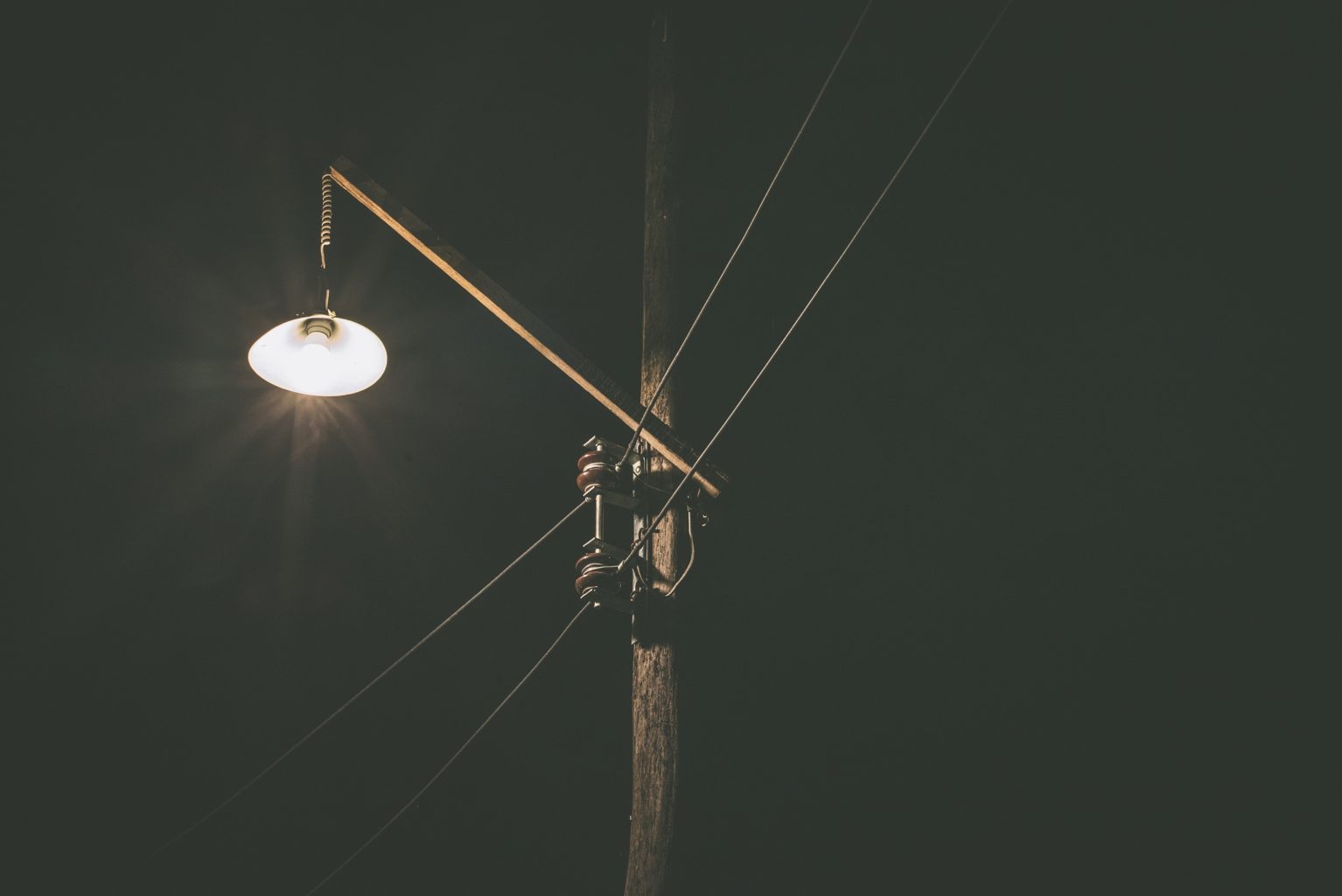 I was scheduled to give the annual C.S. Lewis lecture at the University of Tennessee, Chattanooga, on March 19. The lecture title was “Mentored by the Dead: C.S. Lewis and Baptism of a Writer’s Imagination.” This is the introduction I drafted the day before I found out the lecture was cancelled.

Thank you to the University of Tennessee and the C.S. Lewis Annual Lecture Committee for the invitation to speak to you tonight. And thank you all for coming. I’m grateful—and frankly surprised—to have an audience, given the current situation surrounding the coronavirus.

My suspicion is that most of you students are feeling somewhat anxious about the future. What will the world look like next week, or next month, or even next year, when every hour we’re receiving more news of infection, death, and sociopolitical upheaval? In the midst of a viral pandemic that has shuttered schools and universities, caused the markets to plunge, locked down entire countries and infected one of America’s most beloved actors, why spend an evening listening to a fiction writer speak about the ways she’s been mentored by a famous dead author? To push even further: why go on writing essays about the syntactical anomalies of Emily Dickinson’s poetry, or learning when and how to use the French subjunctive tense, when humanity itself is threatened by a massive, though microscopic, enemy?

I’d like to allow C.S. Lewis himself to speak to these fears—to “mentor” all of us—before I begin my lecture. On October 22, 1939, at the Evensong service at Saint Mary the Virgin, Oxford University, Lewis preached a sermon before a group of undergraduates who were, like you, very much afraid of what the future held. If you know your history, you’ll know that on September 1, 1939, Hitler invaded Poland, and that two days later, Britain and France declared war on Germany. The question surely occupying the heart of each young man in Lewis’s audience that night: what is the point of learning in wartime? “Why begin a task we have very little chance of finishing?” Lewis asked. “Or even if we ourselves should happen not to be interrupted by death or military service, why should we—indeed, how can we—continue to take an interest in these placid occupations when the lives of our friends and the liberties of Europe are in the balance? Is it not like fiddling while Rome burns?” 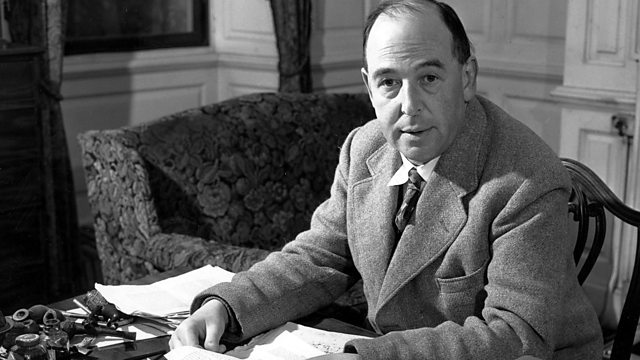 Though we aren’t facing a madman named Hitler, we are, indeed, at war. Many of us, without knowing it, are hosting the enemy in our own bodies, infecting those around us unawares. Perhaps historians will someday call the fight against the coronavirus pandemic a kind of world war. For now, as we come to terms with the fact that most of us will, in the next several months, experience loss—the loss of our freedom of movement, our economic stability, our health, or worst of all, the loss of a loved one—I believe what Lewis said to the Oxford students in 1939 is relevant to us now, in March 2020. I’d like to summarize and adapt Lewis’s points, briefly, before I speak about his influence on my work.

1.     Though the virus is new, and has brought about unprecedented global changes, it has not created an absolutely new human situation. It has simply aggravated, and thereby revealed, our permanent human condition so that we can no longer ignore it. Human life has always been lived on the edge of a precipice, Lewis says. Whether or not we’re aware of it, we dwell in the shadow of the Infinite. All along, as we’ve been teaching and attending classes, writing essays, going to parties and eating Chick-fil-a in the cafeteria, eternity has been, and is at this very moment, waiting behind the thinnest of scrims. If we had postponed our studies until our health and physical safety were perfectly secure, we wouldn’t have undertaken such studies to begin with.

2.     The pursuit of activities of the mind—the quest to locate, describe, and create beauty—seems to be deeply hardwired into human nature. This is true even in, perhaps especially in, times of crisis. As Lewis points out, “humans propound mathematical theorems in beleaguered cities; they conduct metaphysical arguments in death row prison cells.” Before leaving England to fight in World War I, Lewis said he expected his life in the trenches to be all about the war, all the time. Instead, the nearer he got to the front lines, the less anyone spoke or thought about the Allied cause. The men wanted poetry, love letters, stories of home. They wanted philosophical argument and religious debate even as the bullets whizzed overhead.

3.     If we attempt to suspend our intellectual and artistic lives during a time of international crisis, we will simply replace a richer cultural life for a poorer one. We will still read, watch videos, listen to podcasts—but they will all be of one particular type. “If we don’t focus on good books, we will read bad ones,” Lewis says. “If we don’t go on thinking rationally, we will think irrationally.” Never has there been a more important time for reason, and reasonableness, to win the day. We must continue to focus on reading, writing, and the life of the mind if we are to protect this crucial aspect of our humanity.

4.    Our callings—whether as students or professionals—don’t cease because world events escalate. In one way or another, we go on digging and planting, designing and coding, studying and writing. When we do it excellently, whether or not we believe in God, we participate in the divine nature. And, as Lewis points out, we have always had rivals to our work. Fights with friends, falling in love, video games, sickness, elections, travel. “Happy work is best done by the man who takes his long-term plans somewhat lightly and works moment to moment ‘as to the Lord.’ It is only our daily bread that we are encouraged to ask for. The present is the only time in which any duty can be done or any grace received.”

5.     The trouble comes, Lewis says, when world events are so distressing, and our anxieties so occupying, we can no longer focus on what we are actually called to do in this place, at this hour, and the next, and the next. We believe that by taking in more information we can somehow control the uncontrollable. We lose the trees for the forest. Concise information from carefully selected, reputable sources is of greatest importance to our ability to respond to crises, individually and collectively. But the deluge of information coming at us from our phones and computers and television screens, from Twitter and Facebook and Instagram and Reddit, can be dangerous. In fact, we might do best to focus on reading works composed in eras other than our own. “Most of all,” Lewis writes, “we need intimate knowledge of the past…a man who has lived in many places is not likely to be deceived by the local errors of his native village; the scholar has lived in many times and is therefore in some degree immune from the great cataract of nonsense that pours from the press and the microphone of his own age.”

6.     But what about the suffering? How do we respond to the realities of what happened on the streets of Warsaw in 1939, or in Wuhan 2019, or Italy 2020? Are we to simply harden ourselves and go on with our daily lives here at the University? No one who remembers our Lord in the Garden of Gethsemane, Lewis says, will ever think we could attain, or should attempt to attain, a stoic indifference. We must give the sufferings of others our full, compassionate attention. But it has to be the kind of attention that doesn’t grow numb in the face of overwhelming numbers and odds. We must pay the right kind of attention—the kind of educated, intellectual attention that incites empathy and produces action on behalf of the suffering. This might mean lobbying for universal health care, dropping off canned goods at your local food bank, or making a charitable donation to an organization on the front lines of the fight. It certainly means, for now, staying home in quarantine if you feel sick, maintaining social distance if you go out, washing your hands and coughing into your sleeve and not hoarding toilet paper. It means continuing to feed your mind with truth and beauty—even as many universities, including this one, consider suspending classes—so that you can emerge on the other side of this global crisis as the kinds of thinkers and leaders our country, and the world, will desperately need.

“Learning in Wartime” appears as part of the nine sermon collection entitled The Weight of Glory.

Jamie Quatro’s debut novel, Fire Sermon, was selected as one of the Top Seven Novels of 2018 by The Economist and is a New York Times Editors’ Choice. Her debut collection, I Want to Show You More, was a New York Times Notable Book and a finalist for the LA Times Art Seidenbaum Award, among others. Quatro is a contributing editor at Oxford American and a visiting professor in the Sewanee MFA program.