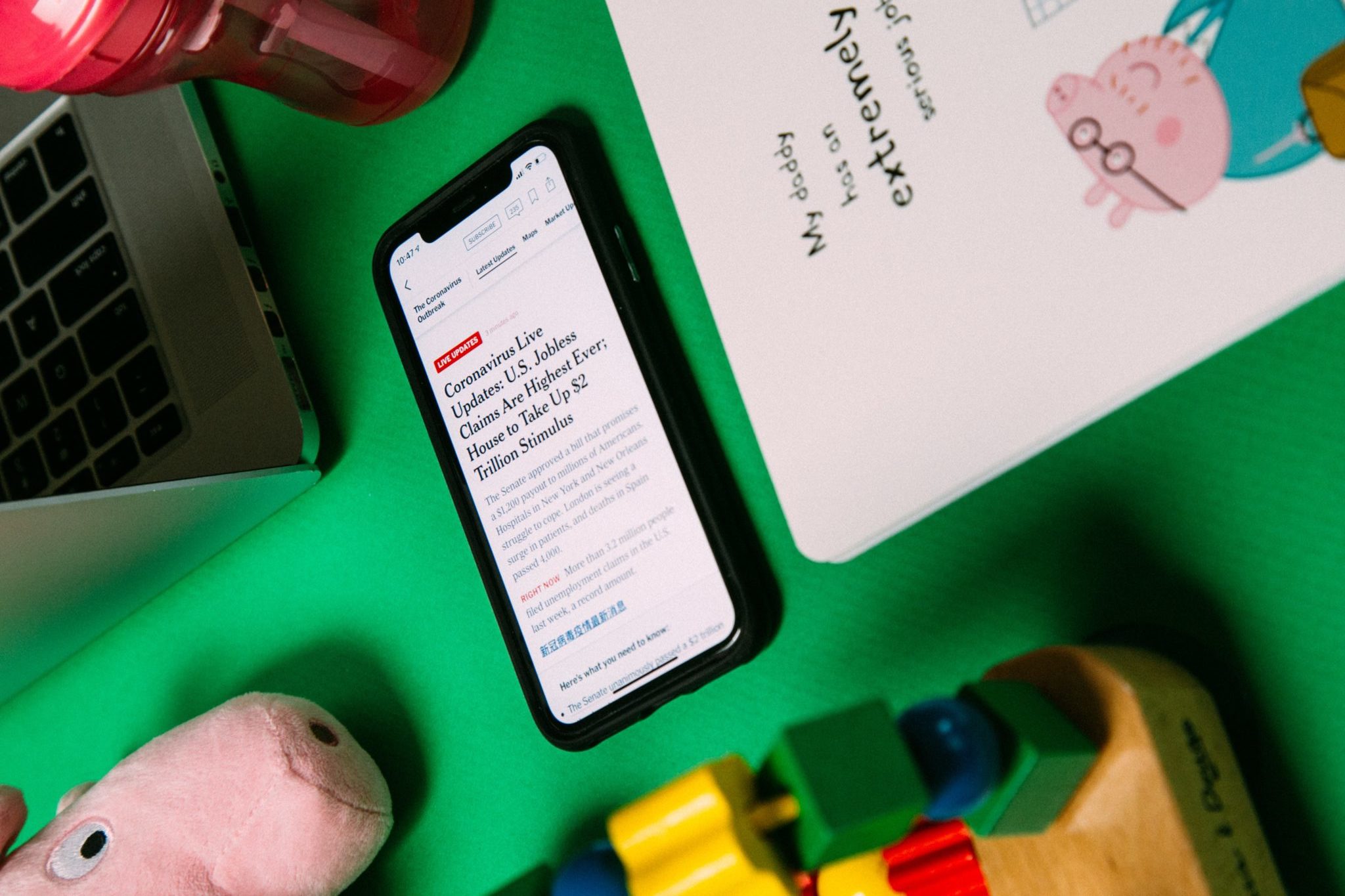 Attention Calico Critters! If you can hear me, I’m sorry. I have slandered you repeatedly and I was wrong. You are steadfast podmates. The sun trawls from one side of the house to the other while the girls play your plotless, pacific dramas.

What’s up woodpeckers? What’s up turkey vultures? What’s up three hawks at the intersection where I used to wait and wait on my way to get AJ for carpool, no shit?

Goodbye cars, I won’t miss you much. Goodbye Amazon vans, you can go now too. Hello sourdough starter, breathing on my face like a human face. Hello lettuce starts. Hello prisons emptied, debts forgiven (this could be a jubilee). Or is it time to put on makeup for my MacBook Air?

The baby greets the baby in the mirror. The baby tastes a single jewel of grapefruit and is born. At dinner, we read stories. We’re like people who live in cloisters and so must parcel speech. The place where Deborah judged was called Deborah’s Palm Tree, and when Deborah ruled that was the Time of Deborah’s Peace.

Some men have seized this opportunity to beat women and children, to which one can only say, get behind me forces of death, and also fuck that shit. The president makes rape jokes, HA HA HA HA. Early reports suggest the rich were a vector, and the poor remain the poor.

S and I speak of J, who is perfectly vulnerable on the soup-turned-bagged-lunch line in NYC, which is exactly where (the peace that passeth) he wants to be. Elin has her anxious residents, Kara has her N95, Laura Sue has her ICU. Elisabeth’s patients used to walk rural roads to get food at her clinic’s door, now they text her body parts by phone.

I take transcriptions for the three-year-old’s mail: “Sea creatures and some os” + “Different types of bones” + “There’s the thunder everywhere.” In the novel draft I am finishing, the sick lose their sense of smell. In the novel draft I am finishing, a character has a pulse ox app on her phone. Elisabeth reports a new thing: pulse ox apps on patients’ phones. We say r-nought, u-curve, v-curve. We say high-touch surfaces (oh how we have loved high touch, bye touch). We say flattening fattening smashing the; and do I look sexy (chin’s up, buttercup) in my balaclava? We say what is ZOOM, then we Zoom. We say zoom is malware (but it’s all malware). Check this box if you are not a robot, now do you wanna zoom?

All these pretty men are dying like leaves of grass they go / to the tree of forgiveness may it be so. Our boss says: layoffs and no raises. Attn: Helicopters in the park. Jack Black’s belly is a weapon in this war, though it is not a war, we just lack better metaphors. Anne Tyler is emailing me. Bernard S. is emailing me. The provost emails all staff and faculty to say we are made of stardust.

Now MaMaw says she feels like a teacup, dusted and put on the shelf. Now Shanta is a choir of one. Now Sarah and Dory and Carol are sewing. Now Arley draws a letter every day every day. Now Miguel gets his temperature checked just walking around the group home. Now I am deacon of this catacomb.

When you wear a bandana to Costco do you become part black-flag anarchist? And, in this way, did we heal our partisan rift? Related: Who gave up capitalism for Lent? It’s fine, it’s fine, I say to the children. (See one-lunged Pope Francis all alone in that vast square)? This is just one of those times when no one gets to see friends, or burrow their small hot sweet bodies into the beloved flesh of their tia, isn’t history funny?

My children, I fear my “goodness” is conditional on comfort. “I remember Walgreen’s,” the three-year-old says. “The trash won’t get picked up now,” her sister is matter-of-fact. But you’re scrappy, you girls, and kids aren’t getting sick. See this is just one of those larky times when adults turn insta-old. Make sure the baby gets her diapers changed (you can wash them in a river) if we all go.

Mary Margaret Alvarado is the author of Hey Folly, a collection of poems. Her nonfiction has appeared recently in Cagibi, Outside, VQR, The Kenyon Review, The Rumpus, and America.