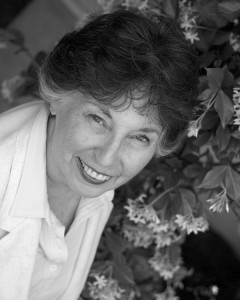 Alice Friman’s poetry firmly inhabits the land of the living: subway stations, episodes of Judge Judy, the experience of living with depression. We often invoke Albert Goldbarth’s phrase about life’s “greasy doorknobs and salty tearducts” to indicate the sort of incarnational vision we want to publish in our pages. But we could just as easily quote from Friman’s oeuvre, as grounded by its own urgency as a stone in a slingshot. The settings are often disarmingly everyday, but their unfolding is both whimsical and shrewd, shot through with a plenitude of humor. Friman set the scene for her poem “Seymour’s Last Ride,” published in Image issue 37, with “The night Flaming Dick and the Hot Rods / played the Shartlesville Fire Station Hall….” But in her work, images of the comic and tragic live side by side, sharpening each other by contrast. “Seymour’s Last Ride” traces a highway ride away from a funeral, animated by Flaming Dick’s honky-tonk accordion strains. “With Apologies to Bruce on His Birthday” envisions “the lovers / of Pompeii, frozen mouth to mouth / lipless in ash, sucking the mint / of each other’s final breath.” In “Case 87 on the Calendar,” Judge Judy hears a divorce case of eleven years’ duration that makes her sad—“Not angry, satiric, outraged, / or beside herself. But sad.” Friman’s poetry sidles up to the overlooked, the frivolous, the trashy, the sad—and holds a mirror up, angled just so the inner dignity flashes out. We couldn’t ask for a better poet of incarnation.

Some of Friman’s work is featured in Image issue 74 and issue 61. Read a poem by Friman here.

Alice Friman’s fifth full-length collection of poetry is Vinculum, LSU Press, which won her the 2012 Georgia Author of the Year Award in Poetry. She is a recipient of a 2012 Pushcart Prize and is included in The Best American Poetry 2009. Her other books include Inverted Fire andThe Book of the Rotten Daughter, both from BkMk Press, and Zoo (U of Arkansas Press), which won the Sheila Margaret Motton Prize from The New England Poetry Club and the Ezra Pound Poetry Award from Truman State University. She has also published four chapbooks.

Other awards include three prizes from The Poetry Society of America: the Consuelo Ford Award, the Cecil Hemley Memorial Award, and the Lucille Medwick Memorial Award. From The New England Poetry Club, she has received the Gretchen Warren Award, the Firman Houghton Award, and, twice, the Erika Mumford Prize. She has also been awarded the 2001 James Boatwright III Prize for Poetry from Shenandoah and the Ekphrasis Prize for Poetry 2012 from Ekphrasis. Friman has received fellowships from the Indiana Arts Commission, the Arts Council of Indianapolis, MacDowell, Yaddo, Millay, and the Bernheim Foundation.

Her poems have been published in Poetry, The Georgia Review, The Gettysburg Review, Boulevard, New Letters, The Southern Review, etc., including publications in thirteen other countries. Her essays and reviews have appeared in the collections The Movable Nest(Helicon Nine) and Sleeping with One Eye Open (U of Georgia Press) and in the journals Arts & Letters, Prairie Schooner, New Letters, and The Georgia Review. As Professor Emerita of English and Creative Writing at the University of Indianapolis, Friman now lives in Milledgeville, Georgia, where she is Poet-in-Residence at Georgia College. Her podcast series Ask Alice is sponsored by the Georgia College MFA program and can be seen on YouTube.

I have just finished a manuscript for a new book, tentatively titled The View from Saturn. In it I hoped to look at the world, or at least one’s life, in two ways—from a distance, seeing life objectively, and then close up in all its immediacy—at the same time as it is lived. William Blake territory I believe. Imagine standing on a hill and watching a train in the distance. You can see the beginning, the middle, and the end. Then imagine being inside that train, in the middle car for instance, knowing there is a first car even though you can’t see it, and hearing the rattle of the last car. Then put those two visions together. Impossible and yet…

As far as future projects, there’s readings coming up, panel discussions, etc., and always the next poem for which I am very grateful. Friends have called me “spiritual.” I deny it. And I am surely not religious. I see myself as too rational a creature for either label. If this very cynical poet is high on anything, it’s life. And life as I see it is a grand, beautiful tragedy full of fleeting joy, disappointment, and unredeeming sorrow. Of course, there’s my husband, the “sweet young thing” I so often write about, my three kids, who turned out well, and always the hawk outside my window gracefully circling the fields for any shivering thing.