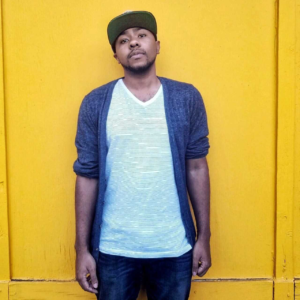 In a way that can only be attributed to the providential, I first encountered Cortney Lamar Charleston’s poetry at a time when I needed it the most. But even this is an imprecise distinction to make. As I continue to read his work, I realize there has never been a time when I haven’t needed his poems in some inexplicable way—their surgical precision, their clarity of voice and mind, their ability to validate the reality of my political and spiritual despair without abandoning me to the loneliness of it. “How do you raise a Black child?” Charleston asks, “from the dead…from the dead, again. Like a flag.”

It was Cesar A. Cruz who said “Art should comfort the disturbed and disturb the comfortable,” and Charleston’s poems reify this imperative. They understand that whatever arbitrary distinctions that continue to be made between the soul and the body in the modern imagination are just that—arbitrary. And they understand that whether or not it should be true, bodies are inherently political—or at the very least, politicized. Charleston is a poet who holds up mirrors, turning back to his readers a truth that cannot be overstated: that there is a difference between witness and spectacle, and that Black bodies are not merely, or only this—bodies—however much America’s pathology of anti-blackness would have us all believe that if you are Black, you have no soul, and since you have no soul, your body is public domain and the powers that be can do what they like with it.

Charleston is a poet who refuses this, whose poems move toward life even as they contend with death and the various forms of violence furthered by and against bodies of all expressions, and the souls that animate them in the American and global landscape. “God has a voice, as a poet does, / and everything orbits said voice like a chorus of charge,” he tells us. Charleston is a poet who listens. And he dares his readers to listen, too. For the voice of God, to the chorus of voices living and dead that bear witness to the state of our personal and national histories. They dare us to find a difference between these voices, knowing that, in the end, we will not. For wherever the truth is, so is God.

You can read two of Charleston’s poems in Issue 96 of Image.

Cortney Lamar Charleston is a Black poet who originally hails from the Chicago suburbs. He is the eldest of four children raised by two Chicago natives and grandson of two sets of migrants from the Deep South. Brought up as a Baptist, he recognizes the significance of the Black church (across denominations) not only as a site of individual spiritual fulfillment but also of collective political resistance, and he considers himself an heir to that rich legacy of radical social transformation underscored by a radical empathy. The ghosts of the Movement, and the belief in a God for the oppressed, thread through his creative work.

A young and promising poet, Charleston is the author of Telepathologies, which was selected by D.A. Powell for the 2016 Saturnalia Books Poetry Prize and published in March 2017. In support of his work, he was awarded a 2017 Ruth Lilly and Dorothy Sargent Rosenberg Fellowship from the Poetry Foundation as well as fellowships from Cave Canem, The Conversation Literary Festival and the New Jersey State Council on the Arts. Winner of a Pushcart Prize, his poems have appeared in POETRY, The American Poetry Review, New England Review, AGNI, Image and many other publications. He serves as a poetry editor at The Rumpus and lives in New Jersey with his college sweetheart.

The most succinct way of describing my life’s work to this point is to say I’m attempting to tease out how to build a good man. Set aside poetry for a moment; every day that I wake, I look in the mirror, into my own eyes, stirring my soul with difficult questions. In my mind, being a man is not easy if you’re doing the job well, disrupting the foundations of patriarchal logic, and my work in this realm is further complicated by the oft-toxic influences of race (racism), class (classism), sexual orientation (heteronormativity) and other components of individual identity away from gender. This ongoing work on the personal front has increasingly intersected with the written word in my case, manifesting in what looks to become my second full-length poetry collection, Doppelgangbanger.

Whereas my first collection concerned itself with exploring the function of anti-Black pathology in a media-dense landscape, its historical underpinnings and its grossly violent consequences inter- and intra-racially, my manuscript-in-progress zooms in on a duplicitous speaker that is navigating masculinity while Black and trying to maintain even the slightest semblance of authenticity. Masculinity, how we traditionally conceive of it here in the United States, is a suffocating thing in and of itself, but as it grates against other social constructs like race it has even greater potential for harm of self and others. For many Black men, surviving the transition from childhood to adulthood requires a light foot and the ability to fool those around you (and yourself as well). The unhealthy habits we develop are at once born under and in response to a social order that elevates Whiteness at the expense of Blackness and are likewise relied upon to navigate us safely (at least in body) through the intense pressure we experience at the margins of society. On the outskirts of concern, resources are scarce, the stakes are high and only the strong will survive, or so the thought goes. But so much of what we accept is self-destructive even if there is a logic to it, and in order to fit into that particular rendering of masculinity, entire parts of our tender, emotional lives are lost to a void created for that purpose.

By highlighting the dissonance that conforming to masculinity creates within a person, I’m hoping to offer a path for men similar to me who encounter the collection to rediscover the vulnerable people they have been asked to leave behind. Through recovery of this forgotten self on the part of heterosexual Black men, I believe it will be possible to have more generative interactions between all kinds of Black people for the purpose of political organization against anti-Blackness and systemic racism. I believe it was Martin Luther King Jr., on the evening before his death, who said he’s just trying to do God’s will, and that’s something that resonates with me strongly; I’m nothing next to the men and women who have come before me, but I am enough to be of service to the righteous and divine cause of liberation.