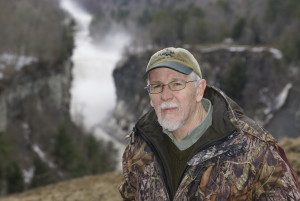 John Leax—“Jack” to anyone who knows him—is a poet and creative nonfiction writer whose writing has many moods, from irony so dry you could towel off with it to a deep, almost Franciscan sense of nature as guide to the soul. Whether he is writing about being out for a walk in the hills of upstate New York or penning hilariously bizarre poems that riff on the subconscious fantasies embedded in the tabloids, Leax is always a keen observer and a deft commentator. He’s also been something of a pioneer. With only one or two others at his side—Luci Shaw comes to mind—he has worked, quietly but persistently, to promote both the creation and appreciation of serious, challenging, edgy writing from within evangelical institutions. He’s been the thin end of the wedge: the result is an ever-widening openness to real literature from those evangelical institutions. (Is there a medal for achievements like this?) But don’t get the wrong idea: there’s nothing religious about his writing, if you take our meaning. It’s about life, the hard and consoling truths of daily experience. There’s even a political dimension to his writing, never blared, but strongly, prophetically present. Go out walking with Jack Leax: you’ll make a friend for life.

Some of Leax’s work is featured in Image issue 35.

For 36 years John Leax has been on the faculty of Houghton College. For 30 of those he has lived at 19 Torpey Street in a small town called Mouth-of-the-Creek until the town fathers won the local competition for a new post office by renaming the town after then President Millard Fillmore. While he considers himself a placed person, he is aware that his placedness is tenuous, chosen, and voluntary, influenced not only by writers such as Thoreau, Merton, and Berry, but by his consciousness of the fragmentation of his childhood and youth. One thread running through his work is the story of the post WW II economically driven diaspora of the nurturing extended family he knew as a child. Against this geographical division and emotional loss of community—until he boarded at The Stony Brook School during his high school years, he attended no school for more than two years—he has maintained a willed stability.

His close association with two communities—the academic, evangelical community of Houghton College and the rural, small town of Fillmore—has been both enriching and uneasy. Dialogue between the two is rare, and his personal political stance, a Jeffersonian agrarianism colored by the Christian anarchism of Jacques Ellul, is misunderstood in each. Though he finds himself one of Merton’s “marginal men,” he is still sometimes elected to faculty committees and is welcome in the local coffee shop.

For many years he did most of his writing outdoors in a fire-warmed lean-to on his woodlot Remnant Acres. Recently, however, he has retreated to a tiny, well-heated cabin in a corner of his garden, which is becoming more and more central to his thinking and writing. In the fall of 2004 he will be the faculty member in residence at the Houghton College campus in Adirondack Park teaching in the Studies in Environment and Culture program.

His other books include three volumes of poetry, Reaching into Silence, The Task of Adam,and Country Labor; a journal, Standing Ground: a Story of Faith and Environmentalism; a collection of nature essays, Out Walking; and Grace is Where I Live: Writing as a Christian Vocation.

Three years ago I was startled by a tabloid headline,”Leaping Turtles Invade US.” I had been reading the speculative poems of Pattiann Rogers, and I suddenly knew the headline was the title of a comic poem. I wrote and thought nothing more of it. It was a joke, the kind of poem that would get lost in the stack of unpublishable things one does. A few months later, another headline, “Baby Born with Antlers,” caught my attention, and I wrote another poem. I sensed that the headlines were revealing something about the way the popular imagination understands the relationship of the human to the nonhuman and the human desire to cross the boundary. I began to watch for more headlines. I created a set of rules for myself; I would not read the articles. I would work only with the headlines and the images, and I would try to keep my own ideas out of the poems. I wanted to interrogate the images to get at the fears and longings they implied.

I believe this project is nearing completion. The suggestiveness of the images is growing repetitive and increasingly less interesting. About half of the poems I’ve written have been published or accepted for publication, and Word Farm is going to issue the series as a small book. But nothing is ever done. Who knows what the inquiring mind might find in tomorrow’s headline?

For the last five or six years I have been working on a two-part sequence currently called “Writing Home” that shapes a kind of spiritual autobiography. Part one is called “First Person Singular.” Part two is called “First Person Plural.” The distinguishing change between the parts, obviously, is marriage. My interest is to explore those events or patterns of actions over time that led me from the rather naïve belief in a transcendent God that marked my childhood and adolescence to an incarnational faith that comprehends both the transcendence and the immanence of God. The sequence currently stands at nine poems. Five of them have been published. The remaining four are in desperate need of revision. I’ve found the plot, but not the language.