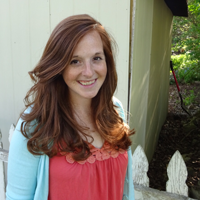 Lindsey Griffin’s story in issue 80 first caught our eye with the way she writes about Miami. “Tenebrae” is an excellent example of how setting can make a story believable and compelling through small details executed well. Griffin was a transplant to Florida (she grew up in the Midwest and returned there soon after getting her MFA at the University of Miami), and perhaps it’s because she writes as an outsider, seeing the place with fresh eyes, that she’s able to draw out so many resonant physical details. The Miami of “Tenebrae” is an understated sensory marvel, beautifully grounded in the specific observations—the heat of the freeway, the cool of the old churches, the sound and feel of rain, the surprise of peacocks. It’s a city of arcing freeways and gleaming surfaces, and also of close-knit immigrant communities, a modern Ephesus where different religious traditions—including the increasingly prevalent “spiritual but not religious” kind—brush up against each other. The story is about insiders and outsiders, and also about sex and power—but as the guarded narrator gradually reveals more of herself, it’s also a story about longing for tradition, restoration, healing. The writer trusts her emotional material to move us and never pushes too hard. We’d like to send Griffin to every state of the union.

Some of Griffin’s work is featured in Image issue 80. Read an excerpt by Griffin here.

Lindsey spent her childhood in the Chicagoland area and earned her BA from Wheaton College. Though she is a Midwesterner at heart, Lindsey considers the years she spent in Miami, Florida to be especially formative for her writing life. She received an MFA from the University of Miami and fondly recalls touring the Everglades, Keys and other South Florida waterways with her husband in their inflatable kayak.

Her short story, “Tenebrae,” was influenced by a Tenebrae service she attended in Miami where the silence was punctuated by peacocks calling to one another outside an open door. The work began as a series of images cobbled together from church services until, amid them, the character of Elaina began to take shape.

Lindsey’s work often considers the paradoxical nearness and perceived absence of God and the way in which ritual is designed to and can deepen our understanding of this dichotomy. In her writing, Lindsey is also drawn to rich landscapes and the tension between imagination and reality, specifically the narratives individuals compose for those they love and the necessary fractures when the real meets the imagined. She seeks out stories with convoluted misunderstandings and characters with strange, heroic impulses.

Currently, Lindsey serves as a prose editor for the museum of americana: a literary review and teaches high school English in Southeastern Minnesota. Her short stories have appeared in Sou’wester and Blue Earth Review, and she can be found at www.lindseygriffin.com.

At present, Lindsey is seeking a home for her completed novel, Train Country, which is set in southeastern Minnesota in the late 1800s and considers the consequences when a young man takes the blame for a murder he did not commit. She is also working on a new novel set in a South Florida campground and which explores several facets of parenthood and the makeshift communities that crop up around tragedy.