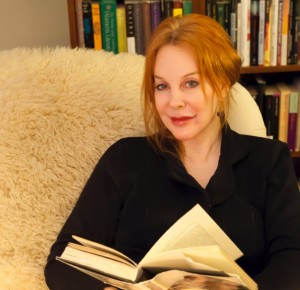 Melissa Pritchard’s stories often cross an invisible line—between normality, as we usually define it, and, well, the not-normal. The line might be on the border between the erotic and the holy, between wisdom and folly, perhaps even between reality and fiction. In short, Pritchard has a way of knocking the reader off balance. And yet it is precisely when we are unsure of ourselves that we become open to revelation. Pritchard unsettles us but not for shock value, except in the sense that the presence of the holy—or the hunger for it—can shock us. Take, for example, her story from Image issue 61, “Pelagia, Holy Fool.” This tale of a famous Russian “staretz” confronts us with a crazy woman—dirty, unhinged, willing to accept abuse and yet able to dish out prophetic jeremiads that hit their targets squarely between the eyes—who is hardly an attractive figure. And yet she attracts hordes of pilgrims, including the Tsar himself. “The line between perceived madness and divine rapture is often tragically indistinct,” Pritchard notes in her web exclusive interview with Image. In all her stories, there’s an unembarrassed boldness of vision and it can be sheer exhilarating fun to be along for the ride. When it comes to the connection between the sacred and the erotic, unlike some writers who make this connection dour and joyless, Pritchard leavens it with comedy, keeping things anchored to terra firma. She is also in love with language: she can make it ornate and playful and suggestive in ways that are fresh and arresting. As one student of hers put it: “There’s a kind of nineteenth-century air to Melissa’s writing.” Victorian? Postmodern? Well, that’s just another line Pritchard is happy to skip across.

Some of Pritchard’s work is featured in Image issue 61. Read an excerpt by Pritchard here.

Novelist, short story writer, essayist and journalist, Melissa Pritchard is the author of three short story collections: Spirit Seizures, The Instinct for Bliss, and Disappearing Ingenue, three novels: Phoenix, Selene of the Spirits, Late Bloomer and Devotedly, Virginia, a biography of Arizona philanthropist Virginia Galvin Piper. Her first collection, Spirit Seizures, a New York Times Notable Book, received both the Flannery O’Connor and Carl Sandburg awards. The Instinct for Bliss, A New York Times Editor’s Choice book, received the Janet Heidinger Kafka Prize, and Disappearing Ingenue, a Doubleday “Fiction for the Rest of Us” selection, was chosen to appear on National Public Radio’s 2002 Summer Reading List. Stories from all three collections have been included and cited in The O’Henry Prize Stories, The Pushcart Prize, Best American Short Stories and numerous other anthologies. Selene of the Spirits was a Barnes and Noble “Discover Great New Writers” selection, and Late Bloomer, one of theChicago Tribune’s Best Books of 2004, was described as “ravishing” by Vanity Fair magazine and received a starred review in Publisher’s Weekly. Her work has been translated into Italian and Spanish.

A recipient of fellowships from the National Endowment for the Arts, the Howard Foundation at Brown University, the Illinois Arts Council, Writer’s Voice YMCA, and Scotland’s Hawthornden International Fellowship, Melissa Pritchard currently teaches in the Creative Writing Program at Arizona State University. She recently completed her fourth story collection, The Odditorium.

Last October, I completed my fourth collection of short stories, The Odditorium. Before I had even finished, I was already skipping past, dreaming ahead, intuiting what I might be happiest writing next. Six of The Odditorium’s eight stories and one novella concern characters excavated from history, actual persons I found curious, odd, poignant, tragic, charmingly bizarre. In each of the stories, a singular, haunting piece of architecture is also involved. Because there was considerable research behind the book, I exited the collection with a not unsurprising impulse to create a brief, whimsical series of present-day stories, upside down etudes, little inebriated pinwheels, blurring cartwheels, springing handstands and spongy headstands of fiction before moving on to a more somber, vertical set of historically based novellas.

I’ve never really thought about it before, but apparently I tend to alternate collections with novels, historically based fiction with contemporary pieces, setting in motion a pendulum-like, corrective effect. This pattern of alternating collections, novels, subjects and time periods may be a matter of balancing contradictory aspects of my own nature. The subject of why we write what we do, why we tell certain stories (or do they seek us out, tell us?) fascinates me. At the same time, I don’t want to think too deeply about it, for superstitious fear I’ll lose enthusiasm for whatever my current subject is. I do believe we create most powerfully when we write from the well of mystery, from intuitive image and unreasoned spark, when we trust the genius-unconscious to be our unerring map into the cloaked quest for self/unself.

I experience writing fiction as a self-made, home-schooled spiritual vocation. Setting no limits on my freedom, I stay anchored to the work by an adamantine faith in the unfolding journey. I like to think of each book as outward evidence of a long, arduous, gorgeously appareled dream, as a marvelously squared, tangible artifact of the writer’s invisible journey.