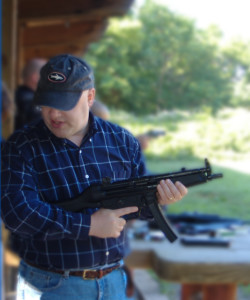 Drawing on his West Virginia upbringing, Pinckney Benedict writes fiction grounded in the Appalachians, a world of clear-eyed, dappled beauty and also of terror, violence, eeriness, and magic. Benedict’s prose is fluid and elegant, and when he wants to, he can entrance us with the loveliness of the natural world—but what interests him more is a stronger poison. In his fiction, the serene forest glade is usually backdrop to events that are strange, unsettling, and dangerous. It’s no surprise, then, that he is co-editor (along with his wife, thriller-writer Laura Benedict) of a story anthology called Surreal South. With Benedict, the graceful, muscled prose is always taut with a sense of threat, and in his woods and hills we encounter things more terrible and severe than we could have known. Though his characters are often misfits (and it goes almost without saying that he is one of O’Connor’s heirs, as well as a student and heir of Joyce Carol Oates), Benedict does not allow us to hold ourselves at a distance from the people of these old mountains. He instead draws us into their world line by line, paragraph by paragraph, patiently unfolding stories that, for all their weirdness, are profoundly, enduringly human.

Some of Benedict’s work is featured in Image issue 57. Read an excerpt by Benedict here.

Pinckney Benedict grew up on his family’s dairy farm in southern West Virginia. He has published two collections of short fiction (Town Smokes and The Wrecking Yard) and a novel (Dogs of God). His stories have appeared in a number of magazines and anthologies, including Esquire, Zoetrope: All-Story, Story Quarterly, Ontario Review, the O. Henry Award series, the New Stories from the South series, the Pushcart Prize series, The Oxford Book of American Short Stories, andThe Ecco Anthology of Contemporary American Short Fiction.

He is the editor, along with his wife, the novelist Laura Benedict, of the 2007 anthology Surreal South, from Press53. The second volume of the series, Surreal South 2009, is due out in October 2009. His honors and awards include a Literature Fellowship from the National Endowment for the Arts, a Literary Fellowship from the West Virginia Commission on the Arts, a Michener Fellowship from the Writers’ Workshop at the University of Iowa, the Chicago Tribune’s Nelson Algren Award, an Individual Artist grant from the Illinois Arts Council, and Britain’s Steinbeck Award. He serves as a professor in the English Department at Southern Illinois University in Carbondale, Illinois.

I’ll keep on writing stories, as I have always done. “The World, the Flesh, and the Devil” will appear in New Stories from the South: The Year’s Best 2009, due out from Algonquin in September. Right now, I’m producing comics (“graphic fictions”) at about the same rate I’m making stories, and with much the same pleasure. My first graphic fiction will appear as a special feature in the upcoming number of Idaho Review. It’s called “Orgo VS the Flatlanders,” and is about the inevitable and bloody hillbilly uprising. In my vision, the hillbillies win and thus get to have sex with all the impossibly beautiful flatland women. It will also appear in the innovative VS (“versus”) anthology, edited by my good friend Josh Woods, which is coming out from Press53 in May. I’m also working on another comic, tentatively called Dragoon of the Zen Crime Unit: 2509, which is set in Kentucky in the year 2509. It’s about an angry cop named Dragoon who exterminates people who are guilty of Zen crime, which is apparently a real problem in Kentucky in 2509.