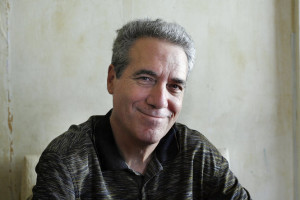 It’s often been said that poetry and prayer are intimately related to each other, that they are, indeed, analogous. Both are forms of consecrated speech, language intensified, shaped, and offered up. The disciplines of mind and heart needed to progress in these two forms of expression are also analogous: both require a deeper appreciation of the relationship between sound and silence, between statement and mystery. And yet they are not the same. No one understands the resonance between poetry and prayer better than Rodger Kamenetz, who has not only written outstanding poetry but has also penned some of the most compelling explorations of Jewish and Buddhist spirituality in our time. Just as he refuses to equate poetry and prayer, he refrains from syncretism, the collapsing of one religious tradition into another. Rather, he is attuned to the resonances set up when two traditions are placed in proximity to one another. What he hears he then translates into luminous poetry and prose so that we can hear too.

Some of Rodger Kamenetz’s work is featured in Image issue 32 and issue 79. Click to read his poems “Radiant Energy” and “How Do You Market Prayers?”

Rodger Kamenetz—poet, essayist, and religious thinker—is the author of eight books including The Jew in the Lotus and The Missing Jew: New and Selected Poems. The Jew in the Lotus, a publishing phenomenon and considered to be the outstanding Jewish book of the decade, has inspired a profound reevaluation of Jewish thinking in the light of the dialogue with Buddhism. He has been called “one of the most formidable of the Jewish-American poets.” His poems are widely anthologized and he is a recipient of a National Endowment for the Arts Fellowship in literature. His latest book of poems is The Lowercase Jew from Northwestern University Press. Stalking Elijah: Adventures with Today’s Jewish Mystical Masters describes his spiritual journey through encounters with contemporary teachers of kabbalah and Jewish meditation. It was awarded the National Jewish Book Award for 1997 in the category of Jewish Thought.

Rodger is internationally known for his work on Jewish-Buddhist dialogue, and lectures frequently on contemporary religion. His articles and essays on religion have appeared in The New York Times Magazine, Moment, and Reform Judaism. In 1996, he organized a national campaign of Passover Seders for Tibet, in cooperation with the International Campaign for Tibet, and helped organized a special seder for Tibet in Washington D.C. with the Dalai Lama.

A PBS documentary film inspired by The Jew in the Lotus and Stalking Elijah and featuring Rodger Kamenetz is in release. Kamenetz is a professor of English and of religious studies at Louisiana State University, where he teaches in the graduate creative writing program and directs the Jewish Studies minor. He lives in New Orleans with his wife and two daughters.

For the past three years I have been exploring the possibility that dreams are “a chief inlet of soul in this age”—or could be. For Harper San Francisco, I am writing a non-fiction book that interweaves the personal and the historical, to give my history in dream, and the dream’s history in the world.

At the same time I am also working in poetry. In that work, some of which appeared recently in Crazyhorse and Exquisite Corpse, I began by exploring the images suggested in dreams, but moved to writing as dream process,which is different. The poems are not records of dreams, or recountings of dreams, they are themselves arising in dreaming consciousness.