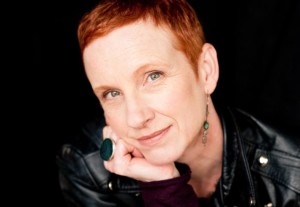 A true radical in an age of drab verisimilitude, Suzanne Wolfe subscribes to the notion that the language of literature ought to be beautiful, and that it might therefore sound different from the language we use in our status updates. Her style is marked by long, elegant, even somewhat baroque lines. She is not afraid of subordinate clauses, the cumulative weight of a good, substantial sentence, or even—shocking notion—a well-chosen modifier or two. It’s a welcome change from many of today’s novels, which strive so hard to replicate ordinary speech, too often at the expense of style. But she wields her lavish diction with an intuitive sense of proportion. A skilled editor, she writes sentences that are at once musical and comprehensible, emotionally rich and levelheaded. Her secret? She takes her time. The pace is always legato. And as with her language, she doesn’t feel the need to keep her subject matter smaller-than-life. Her debut novel, Unveiling, is compact but feels operatic in scale, with a spacious interior landscape and an echoing sense of history. Her lovely new novel, The Confessions of X, tells the story of Saint Augustine’s common law wife, and promises to be as resonant and moving; Wolfe perfectly inhabits the weary, loyal, courageous voice of a forsaken but regal woman at the end of her life, at the end of the Roman Empire. Earthy and grounded, full of feeling, movement, and sharply drawn moral significance, Wolfe’s characters are the prose equivalent of Renaissance woodcuts. Her same graceful, generous prose style is also evident in her occasional creative nonfiction.

Some of Wolfe’s work is featured in Image issue 64. Read an excerpt by Wolfe here.

Suzanne M. Wolfe received her B.A. and M.A. in English language and literature from Oxford University. She is an Instructor in English and Creative Writing at Seattle Pacific University and executive editor of Image journal which she and her husband, Greg Wolfe, founded in 1989. Her first novel Unveiling, published in 2004 by Paraclete Press, received a Christianity Today Book Award. Her essay “This is My Body,” a memoir of her grandfather and growing up with an eating disorder, was published in Image issue 64 and included in an anthology of essays entitled The Spirit of Food (Cascade Books, 2010). She has just published her second novel, The Confessions of X. She and Greg have four children and live in Seattle.

After five years of historical research into the life and writings of St. Augustine of Hippo, including a trip to Rome and Tunis, the site of ancient Carthage, Suzanne M. Wolfe has finally published her second novel The Confessions of X, told in the first-person voice of the concubine, a woman who was never named in the Confessions by Augustine, but shared his life for sixteen years and bore him a son. In addition, she has begun research into her third novel, tentatively titled To Do No Harm, which will follow the life of a young Berlin doctor during Hitler’s Third Reich and World War II. Between teaching and writing, she maintains her sanity by reading and gardening.