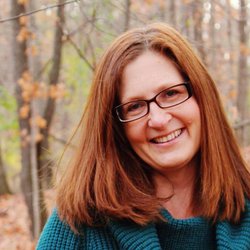 Tania Runyan’s new poetry collection hinges on what seems, at first, like a surprising choice: it’s a sustained engagement with the epistles of Paul, that fiery preacher of the New Testament whose letters offer more than one stumbling block to modern believers. But the grumpy, abstractionist Paul of caricature is not the whole Paul. He was also a traveler, a visionary, a friend, and an irrepressible voice of encouragement to the infant church—and no one who loves the church can easily set him aside. Runyan’s poems inhabit Paul’s voice—his rolling, preacherly cadences and enthusiastic asides—while grounding his exhortations in sensory imagery in a way that makes them immediate, modern, and accessible. She has a particular gift for drawing out the heart of Paul’s letters: of teasing out his sometimes abstruse metaphors in a way that draws the literalists among us more deeply into the real grandeur of his thought. Whether you’ve struggled to connect with Paul or you already love him, Runyan’s conversations with the saint offer a winsome guide to the letters at the foundation of the church. With what Jeanne Murray Walker calls “fierce brio,” these poems anchor his imagery in the living world, thus allowing us the experience of scripture that we crave: hearing it afresh.

Some of Runyan’s work is in Image issue 73. Read one of her poems here.

Tania Runyan grew up in southern California, where she studied creative writing at the University of California, Riverside. She went on to receive an MFA from Bowling Green State University and an MA in Secondary Education from Roosevelt University. After working in educational publishing and teaching high school English, she began her own tutoring business and now works with students on reading, writing and college admissions testing and applications. She is also an editor for Every Day Poems and the poetry editor for Relief Journal.

Runyan is the author of the poetry collections Second Sky (Cascade Poiema Series), A Thousand Vessels, Simple Weight, and Delicious Air, which was awarded Book of the Year by the Conference on Christianity and Literature in 2007. Her book How to Read a Poem, an instructional guide based on Billy Collins’s “Introduction to Poetry,” was recently released by T.S. Poetry Press. Her poems have appeared in many publications, including Poetry, Image, Books & Culture, Harvard Divinity Bulletin, The Christian Century, Atlanta Review, Indiana Review, and the anthology In a Fine Frenzy: Poets Respond to Shakespeare. Tania was awarded an NEA Literature Fellowship in 2011. She tutors high school students and edits for Every Day Poems and Relief.

I am not a biblical scholar, nor was I even raised in the church. But for the past several years, I have become obsessed with writing about scripture. Having attended mostly evangelical churches, I’ve experienced my share of small groups, study guides, and “applying the word to my life.” While these spiritual formation activities build community and influence spiritual growth in powerful ways, they often direct participants toward finding definitive answers. As a poet trying my best to follow Christ, I attempt to enter the word as honestly as I can from my life as a mom in a small Midwestern suburb. This practice invites memory, image, anger, euphoria, bewilderment, love. I often become most attached to the scripture that has shaken my faith the most.

My first full collection, Simple Weight, is structured around the Beatitudes. A Thousand Vessels weaves the lives of ten women from the Bible with my own stories that connect to their experiences. My book that came out from Wipf & Stock earlier this year, Second Sky, grapples with Paul and his letters through the movement of geographical and spiritual travel. The poems encounter thirst, conversion, spiritual “backtracking,” and, ultimately, communion. Now I am writing about Revelation, my biggest challenge yet. Until now, I’ve always avoided studying the book seriously. Sometimes I feel like I am fighting with the book, with John, with God. Some of the poems scare me, but I know a good wrestling match with God, rather than an afternoon latte, yields a stronger faith in the end.