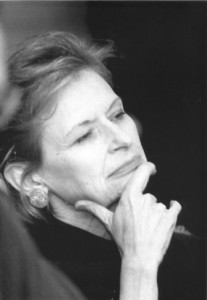 As a writer and thinker, Virginia Stem Owens is a combination of Texan toughness (a la Ann Richards and Molly Ivins), intellectual curiosity (think Annie Dillard and Stephen Hawking), and literary grace (part Studs Terkel, part Graham Greene). In short, she is a lady of parts. Her writing spans the gamut from explorations of the meaning of the “new physics” to meditations on women of the Bible to mystery novels to her most recent book (co-authored with husband David Clinton Owens), Living Next Door to the Death House. This latest is a meticulously researched work on the prison in her hometown of Huntsville, which has become known as the death penalty capital of the world. Her writing confronts dark and painful realities but at the same time it celebrates ordinary gifts and graces. When you read Virginia Stem Owens, you’re along for one helluva ride.

Some of Owens’s work is featured in Image issue 26.

Virginia Stem Owens has written fifteen books on a wide range of topics. Her education (an M. A. in English literature from the University of Kansas and an M. A. in religion from the Iliff School of Theology) prepared her to write an early book on religion in the media, The Total Image, or Selling Jesus in the Modern Age (1980). More recent books in this vein include Daughters of Eve: Women of the Bible Speak to Women of Today (in print since 1995) and Looking for Jesus (1999).

The publication of And the Trees Clap Their Hands: Faith, Perception, and the New Physics led to invitations to lecture at a number of colleges on science, consciousness, and theology.

She has chronicled crucial parts of her life in several memoirs. Her first work, Assault on Eden (published in 1978 with a revised edition in 1995) recorded her experiences living on a commune in New Mexico in the early seventies. Wind River Winter covered a seven-month period spent in the Wyoming mountains with her husband after their last child left home. If You Do Love Old Men, a memoir of her grandfather’s last years, won the Texas Institute of Letters prize for best nonfiction book of 1990.

For seven years she was Director of the Milton Center at Newman University in Wichita, Kansas, an institute devoted to developing emerging Christian writers. During that period she also published a series of three mysteries and another novel, Generations, all set in her native Texas. In 1997 she returned with her husband to their home in Huntsville. She serves on the editorial board of Books & Culture and has written for periodicals as diverse as Kalos: Arte y Cultura, Mother Earth News, and Christianity Today.

She has recently completed a memoir about caring for her mother during her last long illness. Her latest book, a collaboration with her husband, Living Next Door to the Death House (Eerdmans) explores the effect of the death penalty on the people who work there and who live in her hometown of Huntsville, Texas. Though she finds the pleasure of writing fiction captivating to the point of addiction, the actual world is more imposing than imagination. Like V. S. Naipaul, she finds herself asking, “Given what is happening in the world today, how can one go in a room and make things up?”