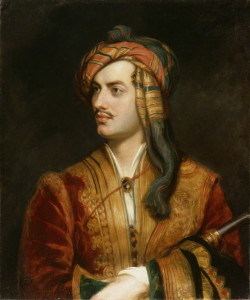 Mark Edmundson of the University of Virginia has published a fascinating article in the latest Chronicle of Higher Education, describing the current generation of students. They are an active, intelligent, vulnerable bunch:

“Its members have a spectacular hunger for life and more life. They want to study, travel, make friends, make more friends, read everything (superfast), take in all the movies, listen to every hot band, keep up with everyone they’ve ever known. And there’s something else, too, that distinguishes them: They live to multiply possibilities. They’re enemies of closure. For as much as they want to do and actually manage to do, they always strive to keep their options open, never to shut possibilities down before they have to.”

They are happiest when they sit down to consider their (almost infinite) options; the actual choosing of one thing is always less exciting:

“The moment when you make the purchase, close the deal, pick a girlfriend, set a date: All those things, the students…concurred, were a letdown, consummations not really to be wished for. The students were a little surprised by the conclusions they came to about themselves. ‘It’s when I can see it all in front of me,’ one young woman said, ‘that’s when I’m the happiest.’”

Borrowing a line from Nietzsche (“A Romantic… is someone who always wants to be elsewhere”), Edmundson argues that the current generation is a generation of Byrons:

“Skate fast over the surfaces of life and cover all the extended space you can, says the new ethos. Perhaps the greatest of all surface skimmers, the poet laureate of the way we live now at college, was William Wordsworth’s arch-antagonist, George Gordon, Lord Byron. The poetry of Wordsworth, the explorer of inner space, is deliberate, slow, ponderous, like those old men of the woods he loves to depict, and that I perhaps resemble to my fast-skimming students.”

I disagree with Edmundson on one point: ours is not the first generation which dwells in possibilities. A byproduct of freedom and prosperity is a certain paralysis before all the things that one could choose to do with his freedom.

Saul Bellow saw this already in the 1940s; in his first novel, Dangling Man, the main character broods and paces in his room, unemployed, misplaced by the army conscription office, alienated from his wife, unable to do anything beyond reading the newspaper.

Edmundson’s own generation has been satirized by Woody Allen in Annie Hall and Manhattan—films peopled by characters with a chronic inability to commit to a cause, a spouse, a way of life.

The upside to living in a prosperous, liberal democracy is that you may choose your own identity; the downside is that when you have so many choices, you can become crippled. Existence precedes essence, sure—but there are so many essences for sale, and I can afford most of them, so maybe I’ll take a few years off after college to decide…

Yet no choice is made, at least not for a long while. We remain undifferentiated as stem cells. This is why it seems baffling to me that Edmundson would call our generation concentrated:

“But then there came the day of near apocalypse in America, September 11, 2001. The prospect of hanging, Doctor Johnson observed, does wonders to concentrate the mind. Well, the mind of America has been concentrated. No one believes that the whole edifice is likely to come down around us soon. But everyone now lives charged with the knowledge that today, tomorrow, next week, we can suffer an event that will change everything drastically…. Tomorrow the deck may be shuffled and recut by the devil’s hand. So what shall we do now?

“The answer that comes from current students would seem to be this: Live, live.”

This answer does not convince. Frantically zipping to and fro in the grips of a deep-seated psychological fear is not concentration on anything in particular. If anything, it’s a coping mechanism, a constant tactic of distraction. Even while mission trips are being made, books are being read, scholarships are applied for and won—even then, the effort is not concentrated on a way of life, on a coherent mission of living.

Edmundson’s own answer—Socratic education, classical texts, etc.—will, as he writes, allow students to “face brilliant antagonists,” and to look at their own lives more critically. But even before we read the classics, we can already look at our own experience of “dwelling in possibilities,” at our own hyperstimulated lives, and ask ourselves what it exactly is that we are after.

It is at this moment of introspection, I think, that the religious impulse is born—not religion in the sense of revelation, but in the sense of ultimate concern, of final longing. This is the foundation on which we can build a more precise answer than “Live, live,” something less frantic, and less—to quote Edmundson—“dangerous.”

This impulse also fuels art, as we see in Byron. But Romanticism comes in many different flavors—our generation may be mostly Byronic, but it may also perhaps produce a few Wordsworths. The journey of Christopher McCandless is one example of an alternate route: rejecting our hyperlink culture for the double-edged peace of nature. There will be others—perhaps mystics, some, like that even stranger Romantic, Blake.