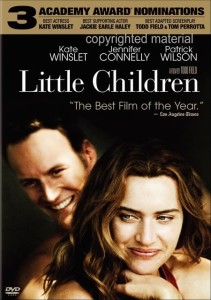 There is something wrong with the bourgeoisie, at least in American film, and there are no small or large charms that can possibly redeem the fault—discreet or otherwise. The middle class is caught in a maelstrom of pettiness, trapped in an imagined propriety, and made heir to a grubby little enterprise meant to stuff its maw and line its bed. Its members, of all the three classes, are the most contemptible in film; the poor have their champions and the rich have their tragedies, but the middle class have neither style nor squalor to speak for them.

And what’s more iconic of middle class homogeneity, in all its bland, soul-killing perfidy, than suburbia? Beneath those shingled roofs, behind those barbered boxwoods, lies something sinister. Better to be poor and noble, or rich and debauched, than to be pedestrian. How many protagonists are accountants? How many heroines are real estate agents? When does love find the insurance actuary or adventure beset the office manager? They wouldn’t appreciate such things, it must be thought; nobody would believe their hearts large enough; don’t waste the celluloid.

In Little Children, recently released on DVD, Sarah and Brad (Kate Winslet and Patrick Wilson) are two people who happen upon each other in a suburban playground. He’s a former athlete and caring father (read: Tragic) married to a dynamic career woman who emasculates him. Brad wastes time by not studying for a bar exam that he’s failed twice before. Bringing his son to the playground every day, he’s admired by the sexually-repressed harpies who watch their children from benches while making assorted catty comments.

Sarah, who never finished her degree in English literature (read: Noble), is a sloppy pushover of a young mother who’s a cut above the rest. She lets her child shove her around, but is on the whole more open and compassionate, less quick to judge. Of the mothers represented, she alone does not subscribe to the castration of a child molester whose presence is made known to the community through Meghan’s law.

Are they better than their spouses? Are any of the hordes of mothers and fathers, with their closets full of lies, better than the child molester, a creepy little cringe-inspiring man (Jackie Earle Haley from the 1980s classic Breaking Away) whose mother loves and knows him best? Everybody acts like a child—Brad pursuing a pathetic return to glory in a smash-mouth football league; Sarah pursuing an “Emma Bovary” type struggle for something better than the middling—and we’re left with brokenness in the wake and in the fore.

What’s worthy about Little Children is that the illusion of the affair the two have is not shown as the answer to their happiness. And while there are no real good guys—with the exception of the molester’s mother (convincingly portrayed by Phyllis Sommerville), who gives it a good honest shot—by and large, even the most obtuse of the characters has moments of humanity. There are truths here.

But the larger question about this kind of thing—an “expose” of middle class suburbia—is whether anyone ever doubted that such people were so damaged? And was it ever really posited, and by whom, that the bourgeoisie act more sanctified and superior? When did the fact that they can only afford what looks uniform and what seems rote and established become a mark of viciousness? What have those that live within the margins done to deserve so much reproach?

The truth so rarely told of them, these people who live lives of quiet desperation, is that they are every bit as unique as any glorified school teacher in the Harlem projects (read: Super Noble) or any desiccated Shakespearean actress from the West End (read: Ur-Tragic). It is the mistakes that are uniform, classless—not the people who make them.