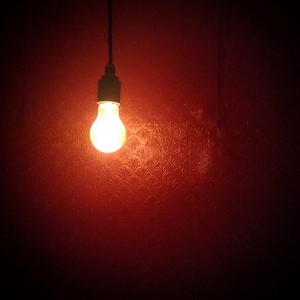 Is The Great Gatsby a crime novel? (There’s a murder.) Crime and Punishment? (It’s in the title.) Moby Dick? (Oh the whales!) People like to make distinctions between mystery, crime, and detective fiction. But what’s the essence of a good mystery? What are the boundaries of what constitutes a crime? How narrowly professional or intentional does a character have to be to be considered a detective? And how do any of the novels in this loose genre relate to literary fiction?

I ask these questions because I have published a novel this year (Death Comes for the Deconstructionist, Slant) that finds itself located in a genre that I do not myself read or know much about. It makes me a bit uneasy.

I spent much of my life reading and teaching literary fiction. My most significant exposure to genre fiction was traipsing around small English bookshops with John Wilson (Books and Culture) many years ago looking for used copies of Georges Simenon novels.

Have I written a mystery/crime/detective novel? Can it make any claims to being literary? Does it matter?

Well, what about them? You either tell a good story or you don’t. (And we all, instinctively, know what makes a story good.) So my advice to myself is this: “Tell the best story you can tell and put all other considerations out with the recycling.” All worthwhile fiction (and all literature for that matter) is essentially trying to do the same thing anyway.

The essence of literature (and art) is the exploration of the mystery of the human condition. Granted that there is usually a germinating event and a number of genre expectations (sometimes met, sometimes not) that are part of the attraction and the fun. But the essence of all fiction, mystery as much as any, is the exploration of questions such as “What is it like to be human?” and “Why do people do what they do?”

In Death Comes for the Deconstructionist there is a death to be investigated, but the person hired to investigate is hopelessly hapless, mentally unbalanced (borderline multiple personality), and is aided by his cognitively challenged (read Down’s syndrome) sister (the moral center of the work). There’s a mystery to be solved and he unwittingly solves it, but the real mystery in the book is the perplexities of the human experience. The novel is less about the dead body and more about reconciling the mind and the heart in everyday life.

The best fiction in any genre, including mystery, can be re-read, meaning it does not rest primarily on figuring out who-done-it or on intricacies of plot. Rather it depends on an engaging exploration of the human heart and mind. We, as readers, can be engaged on many levels—intellectually (including trying to figure it out, but also in interacting with ideas, values, and world views), emotionally, and physically (the heartbeat rises and falls more than the reader is aware, and emotion and body often move together). Then there is curiosity—a blend of the intellect and the emotions. After all, we both “feel” curious and sense a link between curiosity and our analytic powers.

I want also to make a pitch for the engagement that comes from the human experience with language. Mystery and crime fiction is often linked to pedestrian language skills and overwriting, but it doesn’t have to be so, and there are many counter-examples. Readers want, whether they know it or not, the word that is not just adequate but right, even perfect. The perfect word at the perfect time both surprises and yet seems inevitable (the same with the actions and choices of effective characters). The rhythm of well-crafted sentences doesn’t lull us, it mesmerizes us, a very different thing.

These two large qualities of good fiction—exploring the human condition in a story that engages us at many levels—are why we should resist the idea that a desirable trait of fiction of any genre is that reading it kills time—a reason many give for reading genre fiction.

Time is perhaps the single most precious thing that life affords us. To kill it—dissipate it with trivial things—is itself a crime, one worthy perhaps of a good crime novel. “Why,” such a novel would investigate, “are human beings so afraid of death and yet so anxious to reduce their consciousness of life in the extended time preceding death?”

Now there is a mystery.

No, good fiction (in all senses of the word good) does not kill time; it redeems the time. It fills the time of the reader (and the writer) with greater significance than it would otherwise have. It leaves us knowing at least slightly more about the human experience and our place in it. There is an ethics to storytelling, part of an unspoken contract between a teller and a listener or reader. The receiver promises to listen with a bias toward belief. The teller of a story promises not to waste our time. If a story doesn’t keep that promise, it is a thief. I have tried not to steal anyone’s time.

Mystery writing has as much potential for redeeming the time as any other genre. That it too often doesn’t is the fault of readers as much as writers. We get what we ask for. What we pay for. What we tell our friends about.

Daniel Taylor is the author of twelve books, including The Myth of Certainty, Letters to My Children, Tell Me a Story, Creating a Spiritual Legacy, The Skeptical Believer, and, most recently, a novel, Death Comes for the Deconstructionist. Dr. Taylor is also co-founder of The Legacy Center, an organization devoted to helping individuals and organizations identify and preserve the values and stories that have shaped their lives.

Order your copy of Death Comes for the Deconstructionist.