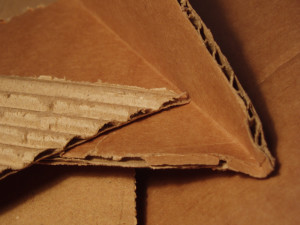 I’ve been paying attention, especially the last few days. Now it’s getting serious. It’s the morning of the eve of Yom Kippur, the Day of Atonement.

Yesterday, just after I walked into the house after ten-and-a-half hours at the university, before I dropped my heavy book bag on the floor, I spotted a bowl of chips and an open container of my favorite salsa. But before I was able to crack the first of forty chips in my mouth, my wife said, it arrived crushed.

She was on hold, forty-five minutes waiting for a customer service rep. The post office. How to file a claim. A box of wedding gifts.

Two weeks earlier: a daughter’s beautiful, complex, joyous, seemingly endless wedding. The festivities traveled from Asheville to New Orleans and drew guests from California, Texas, New York, South Africa, India, Nepal. The first two of three boxes of gifts that had been sent to our house were delivered by the USPS without a problem to my stepdaughter and her husband in New York. A few days later, the third box arrived. Crushed.

I knew you should have used UPS, not the USPS!

Yesterday was the eighth day of 5776, the new Jewish year. The ten days of awe were building toward the day of fierce devotion, the day of emptying out to see if you can see clearly the raw inclinations of heart and mind. The day when the promises of the previous year may be seen for what they always were, empty; the day when the evidence presented in your defense and pleas for mercy, forgiveness, will be seen, even by you, as unconvincing. If you are lucky, on Yom Kippur you’ll stand before God with nothing to offer but your trembling.

How I wanted to prove myself right—yet again! I told you so. How hard it was for me not to say it. What good would it do? The contents of the package were already destroyed. Our daughter the bride was unhappy. The mother of the bride, my wife, had to have been unhappy, too. Would my arrogance put the broken pieces back together? Would it, finally, get a customer rep on the line? Would she listen compassionately to my wife, say how sorry she was for this unfortunate incident, and promptly do whatever was possible to rectify it?

The smashed gifts: irreparable but not irreplaceable. The damage that would be done by my proclaiming I told you so? Not easy to repair, but Judaism teaches that it is possible, every moment of every day, and especially during these auspicious days, to be forgiven.

Dinner was served. Burgers. Baked beans. Potato salad. Some nights we sit side by side watching the news on television while we eat. Some nights we watch, for the umpteenth time, reruns of “Seinfeld.” Last night, I turned off the TV, rearranged our place settings so we would face each other. Like many nights, I could have devoured the food, paying no attention to the flavors and textures of what we were eating, a meal that, once again, my wife had lovingly prepared. That’s right, lovingly, even if for her it is a tedious chore, this cooking and cooking and cooking, night after night after night. Her cooking for us is love in action. Love isn’t only expressed with dreamy eyes and a kiss.

My day had had its ups and downs—one decent, one disappointing class. A few words of appreciation from colleagues for a poem I had written and read instead of a benediction as part of our new chancellor’s installation two days before. No acknowledgment, from a colleague, a friend whose opinion I most value, of my contribution to a threshold moment of the ceremony.

Now this: I told you so, I told you so—the effort of resisting the urge to just say it that kept coming and coming and coming. (Olam Ha’Ba: the world to come, in Hebrew. It can also be translated, as my teacher Danny Maseng says, “the world that keeps coming”—the world of justice, compassion, lovingkindness, peace—but we keep missing it!)

Halfway through my burger: next time you should use UPS. There, I said it. Without lifting my head to look at her, to soften with eyes my saying it. She didn’t respond. We continued our meal.

The days continue, until they don’t.

(Who by thirst, who by hunger, who will be born, who flourish, who wither. So we pray, so we wonder, so we plead for forgiveness, so we vow.)

Now it’s time for Kol Nidre, the prayer by which all vows we made from last year to this and all vows we will make this very day to change our life between this Yom Kippur and next are cancelled.

As the Yom Kippur fast begins, I have eaten a lovely dinner, but I am hungry. I have seen clearly, especially during tashlikh, the ceremony of casting sins symbolically in the form of pieces of bread into a living body of water, habits of my mind and heart that trouble me: impatience, anger, restlessness, desire, greed, judgement, pride.

Now the twenty-six hour day is coming to a close, and I’ve been mostly agitated, disappointed, unable to open to the prayers, to open my heart.

Ah, here it is, the heart. The final confession, the final plea for forgiveness? Tears. At the end of the days of awe, that’s all I have to offer my wife, my congregation, my rabbi, my God. The outcome of my investigations into myself this year: tears, human tears.

Richard Chess is the author of three books of poetry,Tekiah, Chair in the Desert, and Third Temple. Poems of his have appeared in Telling and Remembering: A Century of American Jewish Poetry, Bearing the Mystery: Twenty Years of IMAGE, and Best Spiritual Writing 2005. He is the Roy Carroll Professor of Honors Arts and Sciences at the University of North Carolina at Asheville. He is also the director of UNC Asheville’s Center for Jewish Studies.