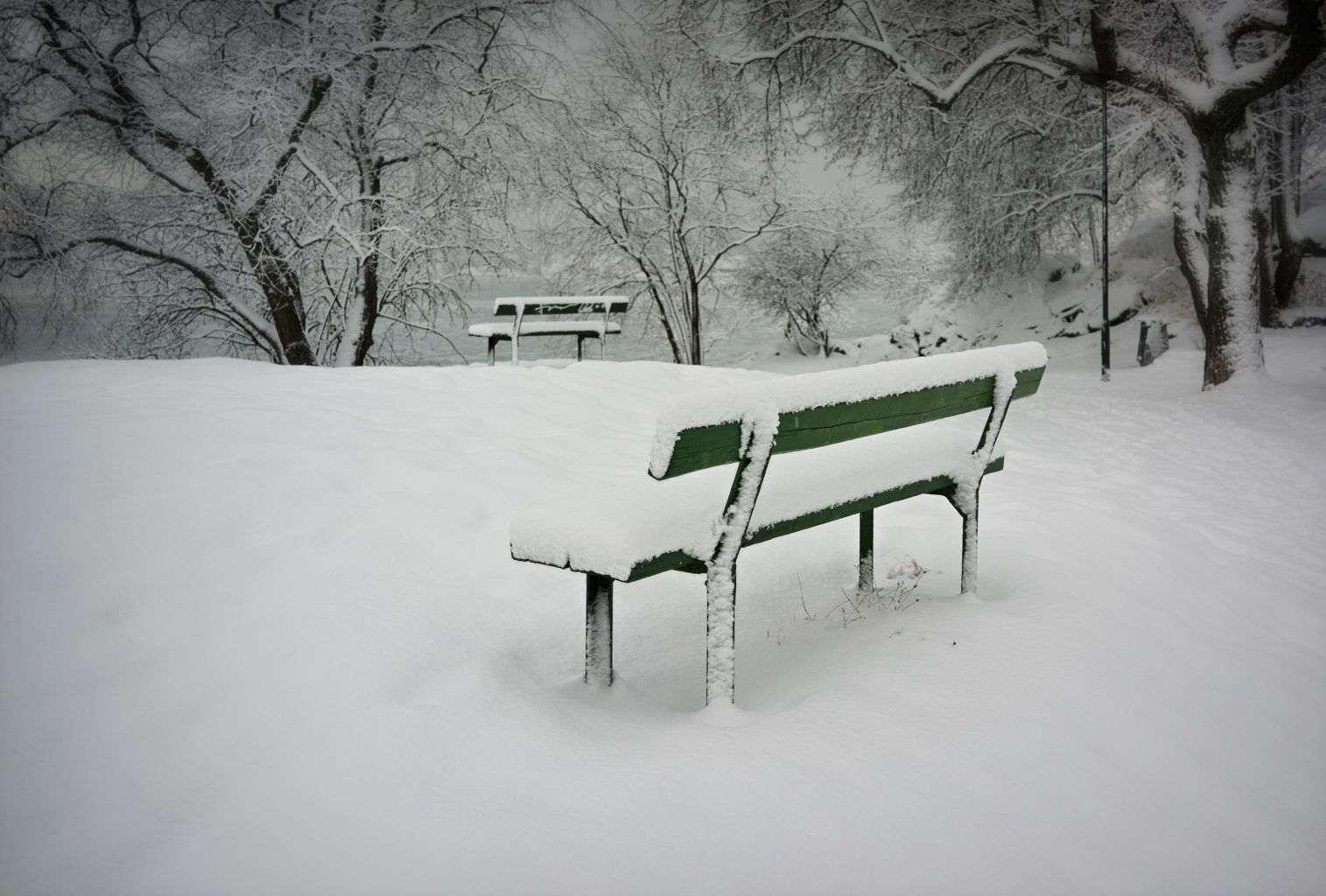 You probably know these lines, either from Christina Rossetti’s poem of 1871 or, more likely, Holst’s setting of them as a carol.

I know them. I used one of them as title of a book, “bleak” altered to “deep” by the publisher, who thought the former too gloomy.

Which it might indeed be. Rossetti was melancholic, iced-up with unversed emotion; with passions gone gelid which, reticent, gob-stopped, couldn’t quite state their names.

But she was a devout Anglo-Catholic. Her worship at Christ Church in London fumed with incense and candles, ardent for the Eucharist. Ever virgin, dazzled and expectant, she posed for Annunciations by her brother Gabriel and his Pre-Raphaelite cohort.

Critics say her prosody had its roots in nursery rhymes, the tick-tock of fortunes and unravelings, of goblins vanquished, of witches made meek, of children saved and of children saving all—of things coming round upon themselves.

Still, I say it was snow. She might have been cold; and then she must have been misunderstood. Isn’t that what children always and everywhere are—misunderstood?

When I see snow fall I hear a clock ticking; the clock next to the bed upon which your mother holds you, her heart its counterpoint; and the snow unwinds, sheathes and coils like drapery, like the shade that, as she leaves, cascades down the window sash.

The clock gets lost in your own heartbeat and outside—you know this; you hear it ticking, swinging on its pendulum—the snow falls and will fall for ever as long as it takes to cover everything.

A car will drive by, headlights tunneling, the tires a whir and then a rustle compressed to a sigh.

There is a great clock-work above you in heaven, geared and laboring, and it will spin all night until there is nothing but snow. It will do the work. You may rest. Angels will watch over your bed. They descend upon you like snow. Like a bell in the night, it tolls until it’s put the world to sleep, rung it into silence.

I will wake in the morning and it will be like Christmas: I will race to see what great thing has been accomplished, what thing—vouchsafed in the night—I’ve been given.

And what I have is a world erased, whited-out, veiled and muffled; snow on snow and then, for good measure (as Rossetti has it in the poem), snow on snow again.

There’s no time, only space. I am sub specie aeternitatis. There will be no more suffering. It has been laid down and covered over, swaddled in boundless white. Peace: that’s how it is for me, swaddled too. I have the snow to keep me warm.

Rossetti did not see it this way. In another poem she finds a bird dead of cold and says “Dig him a grave where the soft mosses grow / Raise him a tombstone of snow.”

And then, chillingly indeed, she writes in “Wife to Husband”: “Pardon the faults in me, / For the love of years ago: / Good bye. / I must drift across the sea, / I must sink into the snow, / I must die.” She was never a wife: her one intended ran away to become a Catholic and then a priest. So I must imagine who this husband might be.

But perhaps I am misunderstanding her; perhaps you are misunderstanding me. You are thinking, all that snow is another word for obliteration, for the world wished away, for a kind of death.

But where I grew up, the first snow fell in mid-November and piled up, snow on snow (none of it melting, only clotting, becoming denser, withdrawing deeper to make room for more of itself) until March.

And then the ticking would begin again, in droplets of meltwater, from eaves and tree branches, along gutters and downspouts, from the rust-gutted fenders and rocker panels of cars.

But her child will be born in the snow. And that, I think, is what I saw from my window: Him everywhere, snow on snow, snow on snow.

I was cold and misunderstood and afraid to suffer, and as often as not that is how I seem to myself every December, sometimes every day.

Yet today is demonstrably cold, and I am somehow—for reasons I must misunderstand; on account of things I do not see—safe and warm. But for all that—just to be sure—I would like a bleak day, something to hope for, a promise to be fulfilled.

I am praying for snow.

This post was originally published on Good Letters on December 26, 2011.

Robert Clark teaches in the Seattle Pacific University Master of Fine Arts program in creative writing. He is the author ofis the author of four books of nonfiction and four novels, most recently the nonfiction book Dark Water: Flood and Redemption in the City of Masterpieces and the novel Lives of the Artists. His other novels include Love Among the Ruins, Mr. White's Confession (which won the Edgar Award), and In the Deep Midwinter. A memoir, My Grandfather's House: A Genealogy of Doubt and Faith, was published in 1999. He was recently a Guggenheim Fellow working on a collection of essays on art and belief.