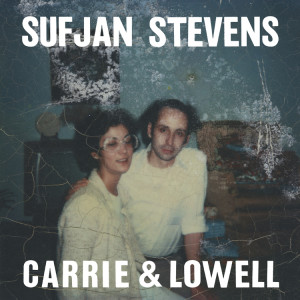 At the end of each year, I compile a list of “songs of the year” that I email to my friends (and send to Image) on December 31. These songs are probably not the best of the year, but I don’t know how I would be able to figure those out anyway (Jessica Hopper has a piece on this in her 2015 book The First Collection of Criticism by a Living Female Rock Critic).

Instead, these songs are all songs that were released (and I heard and liked, for whatever reason) in 2015. A lot of times it was because they were among the only songs I heard—2015 was a busy year for me. I went to precisely one concert (an utterly stunning one, by Sufjan Stevens) and purchased about five albums. I still care about music, but I don’t obsess over the surface details—band members, release dates, guest lists, record labels—like I used to. What can I say? I’m a grown-up.

I do think these songs are worth listening to, though. Here they are, in four loosely arranged parts. I hope you find something new that you like.

Sad Songs (Let’s Get This Over With)

I’ve been listening to Bjork and Death Cab for about fifteen years apiece, and both made their best records in a decade this year. They’re both divorce albums—Bjork’s is clear-eyed and visceral, Death Cab’s subtle and understated. Stevens’ is a record about his estranged mother’s death, and this remix comes close to getting at the grandeur of the tour in which the acoustic songs of Carrie & Lowell became shimmering, cascading bursts of transcendence.

Shouting at God (or, Faith)

I like the way this group of three songs works together. mewithoutYou’s Aaron Weiss wrestles with personal and theological demons; Refused does a crude, hot-blooded, post-hardcore/metal indictment of all religious ideologies (including pop atheism); and Emery’s “Thrash” is a brutal track that depicts the stoning of Stephen, ending in a gospelly beatific vision.

A cute love song by my favorite neo-prog-pop duo, the theme song of a great podcast about the Internet, an R&B Radiohead cover, a trap gospel track, a reunion of one of the biggest Christian rock groups of the 90s, and a religiously-minded, dancey, indie-rock group from British Columbia: I just DJed your next post-evangelical hipster dance party! You’re welcome.

These songs are commendable and their stories interesting, but somehow I feel like to “explain” them in the conventional music journalist way would be to cheapen them. (I’m slowly trying to write a book about the purpose of music criticism, so perhaps you’ll see what I mean, eventually.) Instead, I will reproduce “The Bright Field,” a poem by R. S. Thomas, which is spoken in the final song, in its entirety below. I think this sums up these songs, and, in fact, a lot of songs.

I have seen the sun break through
to illuminate a small field
for a while, and gone my way
and forgotten it. But that was the
pearl of great price, the one field that had
treasure in it. I realize now
that I must give all that I have
to possess it. Life is not hurrying

on to a receding future, nor hankering after
an imagined past. It is the turning
aside like Moses to the miracle
of the lit bush, to a brightness
that seemed as transitory as your youth
once, but is the eternity that awaits you.

To Illuminate a Small Field: 15 Songs for 2015 from jthh on 8tracks Radio.