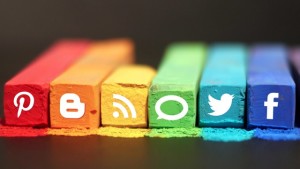 If you go to any restaurant nowadays, you’ll likely see something that at one time would’ve been considered absurd: People whipping out their smartphones, taking pictures of their food, then forwarding said photograph to their friends, families, followers, catfishes, and Craigslist Killers all over creation through a variety of social media.

“Suckling Duckling with Béarnaise Bilberries”? Gotta-get-an image of that on my Facebook wall.

“Filleted Fintail in Papillote, served on the Hubcap of a Ford Fairlane”? Snapchat that sucker.

Home cooking can also turn the dining room into a studio: Thanksgiving turkeys, Christmas crown roasts, and Easter glazed hams make it into the gallery. And myriad-colored mixed drinks, with their garnishes du jour, can transform a bar into a photo booth. Without question, a cappuccino cup, captured from above, a delicate caramel pattern carved into the foam, is something that rivals sunrises and sunsets in the pantheon of Pinterest boards, near and far.

But it doesn’t stop with fancy foods. There’s no cupcake, cookie, or candy bar that doesn’t deserve a portrait if the patron is rockin’ a good mood. When he’s in the right frame of mind, nothing says it better than a half-eaten Kit Kat, crumpled wrapper alongside. Empty Tostitos bags and Dunkin’ Donuts boxes come with confessions that the sender has consumed the whole affair.

Of course, when it gets right down to it, all of these pre- and post-prandial pictographies are meant to convey one meaning: “I’m happy,” the hashtagger is tweeting, directly or implicitly. And there’s nothing wrong with that. Life is rough, and a bit of trendy whimsy makes the day go down just a little smoother—a nice chaser after a double shot of the hard stuff.

Still, it makes a man think.

We are people of the experience, and have been for a long time. It’s fair to say that the value of a life, as understood in the modern estimation, is often summed up by the number of events we can tally. Not just that we’ve been to X number of places and have X number of friends, but also that we’ve done X number of things. Parasailing and dolphin petting, kayaking and borealis watching, we’re consumed with a worth measured by the encounter.

It’s true that gormandizing has always been part of the grand life. But what with all the foodies, and cooking shows, and epicurean vacations these days, it now helps comprise a great portion of the “events” that we can claim to our credit.

It’s hard not to get caught up in that recipe, as we’re fundamentally sensual creatures, both blessed and cursed with imaginations. As much as we tell ourselves that we’re above such a superficial accounting, honesty admits that we rate the occurrence much higher than the reflection: “I read Intimations of Immortality and thought deeply about it” just doesn’t get the number of digital thumbs-ups that “I dined at La Tour D’Argent on New Year’s Eve—and here’s my Flickr photostream of it.” Even the diehard romantic must concede.

The modern twist on all this is that it’s not just the tallying with which we buck up our egos and castigate our shames, it’s the “sharing”—and by “sharing” I don’t mean in the sense of contribution. This kind of sharing is a type of shouting—not necessarily boasting, but often that—by which we can, however innocently, utter the human cri de coeur: “I’m alive—and my life is glorious—for behold the Bananas Foster that I just ate. Isn’t that proof? And if not, here’s an Almond Joy, and an egg roll, and some fried calamari served inside the Greenwich Times. I’m alive, I tell you!—I have lived! I didn’t miss a thing!”

Because that is the great fear of us moderns: that we may not have lived. We’ve read the famous tombstone, Et in Arcadia Ego, and it paralyzes us with fear. The response is predictable, adaptive: “If to this favor we must come,” say we latter-day Hamlets, skull brooding, “then while we have bodies, let us fill them with all that is opposite to the charnel house; let us memorialize our existence and brag of it. Let the echo of our living resound as long as it may, throughout the dark, unforgiving canyons of time that will only swallow it in the end.”

But is this or any other experience really evidence of a life? The more we’ve sucked the bone, the faster we’ve ridden the rollercoaster, the number of bedroom conquests we can notch upon the post—the more of life, rather than the depth of life?

Well, if there’s nothing more to us, then perhaps “yes.” If this is as good as it gets—to have titillated every corner of the tongue must be enough.

But if there is more, what is that more? And what value lies on the other side of the charnel house? It can cause us all to pause in mid gulp, in half nosh.

For what if the Lenten fast assumes the opposite approach—a rebuke of death not in the frenzied consumption of the material world and all its monuments to the same, but in a steady accession towards the immaterial world, to that which transcends time and the futile attempts to keep apace of it.

What if eschewing the sense-centered, if even for a while, can clear all books, and whet an appetite for a different type of satisfaction? One that doesn’t need to protest quite so loudly about its worthiness.

So while there’s no harm in an Instagram of the greatest chalupa ever served (indeed, there’s nothing quite like the winsomeness of a fresh chalupa, caught at daybreak)—in this time of fasting, a body might become mindful of that which is past taste and measure, that cannot be captured, conveyed, or shared, because it lies well beyond the limits of what anyone has ever known—beyond what eye has seen, or ear heard.