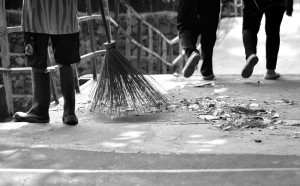 This day, I call upon the heaven and the earth as witnesses: I have set before you life and death, blessing and curse. Choose life, so that you and your offspring will live. —Duet. 30:19

Once again, my state, North Carolina, has chosen to refuse life. This time in a hastily called emergency session of the General Assembly, racing to beat the clock, the day when an ordinance to protect LGBT people from discrimination and to allow transgender people to use the bathroom of the gender with which they identify was scheduled to go into effect. Thus, the General Assembly passed House Bill 2, a bill that bans transgender people from using the bathroom of the gender they identify with and nullifies local ordinances around the state that would have protected gay and transgender people from being fired because of their sexual identity or preference.

Once again, my state, North Carolina, has chosen to refuse life, while locally elected officials in cities and counties chose to protect life in all its complex, strong and tender and beautiful diversity.

Unlike the political leaders of my state, I choose life. Here are two places where, in the last couple of days, I have found myself opening to include more life in my awareness.

First in Sharan Strange’s poem “Night Work,” which she read at UNC Asheville the day after the General Assembly refused life. In the poem, we meet “phantoms of the city” with “the duskiness of predawn on them / and the shading of dust and sweat.”

…guardians of parking lots
and lobby desks, tollbooths, meters,
the all-nights and delivery trucks.
At bus stops they are sentinels
and the drivers. Launderers and cleaners
readying the offices and the untidy houses
of privilege. Cooks heaping up meals
for the well fed, the disabled, or the indifferent.
Trash-takers, making room for more.
Nurses, eternally watching.

When, if ever, have I noticed and valued them? How often have they remained uncounted by the census taker of my awareness?

My night work? Dinner at home and then descent into the sofa in front of the television before relocating to a queen-size bed where I work to sleep through night.

When my mother, starting the stove
at 5 a.m., looked out the window, she saw
her father, days after his funeral.

Here come the dead. How should you respond? Welcome the dead home, or, if not home, welcome them back to this life, a life that is growing and spacious enough to hold them. But what if, upon seeing the strangely familiar image before you, you feel the urge to rub your eyes clear, to shake some sense back into your head? Don’t do it. Choose life: the questions that come.

Did he return to reclaim the work [plowing the field]
like a part of himself unfulfilled
and his story untold?
He is with us still, she [the mother] said
to the inchoate brightness.
He is there even now.

Choose life. When you do, opening yourself to the living and the dead, you might discover there’s even more life to hold:

Spirits are much the same in those
uncensored hours—flitting dim figures,
half-remembered apparitions, whose industry
renews and undergirds our own.
They are our counterparts…

If anything could help us believe in
their benign presence, it is the workers,
perpetual as stars, a collective
of eyes and hands, conjuring.

Denying the night workers means denying the spirits, the life of the spirit. So choose life.

Don’t refuse what you fear. Even if it’s a tick, an adult female lone star tick. Seeing it perched at the tip of a viburnum branch, you might, like David Haskell, who offers us this very tick in his book The Forest Unseen: A Year’s Watch in Nature, feel the urge “to flick the pest away.” Because you are not in nature but in culture, you could easily “turn the page” to ferns, the plants in the meter-square area of old-growth forest that Haskell directs our attention to in the next chapter.

But choosing life is a practice, so practice by staying on this page and, with Haskell, “lean in to see the tick for its own sake, trying to look beyond [his] quick mental dismissal of it as a mere pest.” By resisting the urge to turn away from the “ugly, unadorned weaponry on the tick’s head,” you might discover the “strange beauty of the rest of her body…the scalloped ornamentation around the edge of the tick’s leathery oval body,” the “translucent feet,” at the ends of the legs, that catch “the sun and glow.”

Night workers, the dead, spirits, ticks: the world is full of wonder. Without the help of Strange and Haskell, who are willing to look at what, for whatever reason, I have not seen, I would have missed so much life!

Transgender men and women: they are part of nature, part of us. Their experiences, their stories: they are as much a part of our story as the story of night workers, visitors from the dead, and spirits. And, yes, ticks.

The refusal—the denial of life in all its rich variety: that’s the course my state government has chosen. It might seem odd, as a response to the latest move made by North Carolina’s General Assembly and Governor, to turn to this poem and this chapter. But the turn in this direction reflects an underlying stance toward life, namely to welcome the opportunity to widen my embrace of life in all its forms.

Let heaven and earth be our witness. Let us choose life and live that choice every day in all of our ways.

Image above is by karman karmen, licensed by Creative Commons.