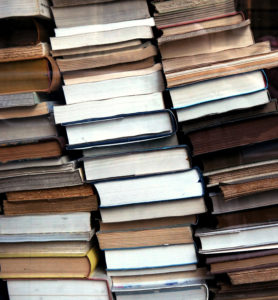 This post is excerpted from Gregory Wolfe’s final commencement address as director of the Seattle Pacific University Master of Fine Arts in Creative Writing last month. Wolfe, who founded the program, stepped down as director yesterday.

I’d like to close my commencement address by taking a lesson or two from the texts we’ve been studying in the Art and Faith seminar.

One of those texts is Brown: The Last Discovery of America by Richard Rodriguez. It’s a book that’s impossible to summarize: it’s ostensibly about the subject of race in America, from the perspective of a Hispanic writer, but it is so much more: a meditation on history and politics, a search for identity and community, an exploration of tragic conflict and the possibility of reconciliation.

Brown is the color of mixture, Rodriguez says, and thus of impurity. It is often considered either bland or repulsive. And yet he believes that this color speaks powerfully to that which makes us human: our nature as embodied souls. Brown is the color of his own race, but as he reminds us, the shrinking global village is becoming ever more brown.

There are those who fear and hate that process, who long for purity and tribal power. In certain sectors of the world these puritans are resorting to violence to try to cleanse the world. One of the most valuable things about this book is that Rodriguez reminds us to look for violence not merely among terrorists of other nations and religious traditions but among our own, homegrown forms of terror and oppression and indifference, from racism to callousness toward the poor and the immigrant.

But the answer to this violent puritanism isn’t a more benign form of puritanism, Rodriguez says: it’s an acceptance of our impurity, our mixed natures. And this is where he believes that literature comes in. Great writing, he says, calls us to acknowledge our impurity, our attractions and repulsions to the Other.

Someone called our age one threatened by “terrible simplifiers.” By contrast, Rodriguez sees literature as a zone in which our prejudices and certainties—our pure ideas—are troubled, contextualized, and tested. He writes:

Books should confuse. Literature abhors the typical. Literature flows to the particular, the mundane, the greasiness of paper, the taste of warm beer, the smell of onion or quince. Auden has a line: “Ports have names they call the sea.” Just so will literature describe life familiarly, regionally, in terms life is accustomed to use—high or low matters not. Literature cannot by this impulse betray the grandeur of its subject—there is only one subject: What it feels like to be alive. Nothing is irrelevant. Nothing is typical.

Literature holds up a mirror to the complex, messy world we live in, reminding us with devices like ambiguity, paradox, and irony, just how ambiguous, paradoxical, and ironic life can be.

Rodriguez comes to this conviction not in spite of, but because of, his abiding Catholic faith. He writes: “God so loved the world that the word became Incarnate, condescended to mortal clay. God became brown. True God and true man.” I’m reminded here of the passages in the Gospels where Jesus reminds us to be humble in the face of the mixedness of the human condition.

The rain falls on the just and the unjust alike. Wheat and tares grow up together but it is not for us to cleanse and purify, but to allow God to do the sorting. The vocation of the writer is to render the wheat and the tares together and allow the reader to puzzle over how grace can enter the overgrown field of our lives.

So I say to you graduates: in your writing, do not try to clean up the world or purify it to some tidied, imagined perfection, which in the end will be according to your measure and not God’s. Understand that paradox and ambiguity do not make us complacent before the evils of the world, but more capable of seeing the difficult and delicate ways we can navigate them and work for the good.

Don’t hesitate to become confused and to confuse your readers so long as you render that confusion in precise, crystalline language, for that is the paradox of great literature. Consider that the root of the words confusion and confound carries the associations of defeat, of being overthrown.

Above all, in your writing and in your lives as you go forth from this program, ponder these words of Frederick Buechner: “Remember Jesus of Nazareth, staggering on broken feet out of the tomb toward the Resurrection, bearing on his body the proud insignia of the defeat which is victory, the magnificent defeat of the human soul at the hands of God.”

May your writing convey that defeat and that victory.

Gregory Wolfe, the founder and editor of Image—one of America’s leading quarterly journals—is Senior Fellow at the Institute for Catholic Thought and Culture at Seattle University. He edits a literary imprint, Slant Books, through Wipf & Stock Publishers. He served as the founding director of the Seattle Pacific University MFA in Creative Writing program. Wolfe’s books include Beauty Will Save the World, Intruding Upon the Timeless, and, most recently, The Operation of Grace. Follow him on Twitter: @Gregory_Wolfe.