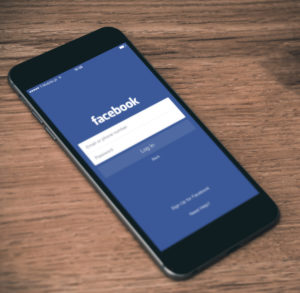 If I were to graph my mental health over the past five years, the line might resemble a stegosaurus spine with several points and plunges, that, thanks be to God, climb overall to a place of greater acceptance and peace.

But damn, do those jagged edges hurt.

Over the past couple of months, hormones, summer sleeplessness, and the stress of starting a new business have joined forces to throw a deranged dance party in my brain. I’ve felt more vulnerable than usual, especially surrounding the perceptions of others—my go-to place of desolation.

In sum: Does this person like me? If not, why not? And what can I do to fix it?

Suppose someone unfriends me on Facebook. The adrenaline of anxiety kicks in as I quickly review my statuses and develop theories. In one case, I convinced myself that someone deleted me for posting pictures of a local parade. Although I reveled in my town’s annual event, a highlight of the summer, I wondered if my friend thought I was mocking it.

Don’t you understand? I said to him/myself in my head. I’m proud of my suburb’s small-town spirit and charm! I knew half the people in all those photos. Oh, wait: that was a lot of photos, wasn’t it? My parade album was overkill! What’s the matter with me?

The inner dialogue eventually spirals into feelings of self-doubt and worthlessness, far beyond the original person or situation that triggered it, until I’m curled on the couch, the initial fight-or-flight response congealing into a pit in my stomach. I realize I’ve wallowed, again, in the self, which paralyzes me even more.

I know. It’s ridiculous. And exhausting. Just typing this makes me feel like a fool. A really tired fool.

But the physical repercussions of PTSD, as I’ve written about before, overtake logic.

The truth: not everyone has to like me. In fact, I don’t do a great job keeping up with the friendships I have. Relational self-selection ensures that we minister well to our closest family and friends, and there’s nothing inherently wrong, frightening, or even unloving about people going their separate ways.

But because of some harrowing experiences from my past, the mere suggestion of conflict can signal panic.

God has deployed a combination of people, therapy, medications, and his word to help me make that slow climb up the graph. Recently, a slapstick reality show called Impractical Jokers has also served as a healing balm.

It’s been dismissed by some reviewers as crude bathroom humor that appeals to 13-year-old boys. But not since Breaking Bad has a show taught me so much about what it means to be human.

Impractical Jokers is a hidden camera show that, according to the opening description, “contains graphic stupidity in which four lifelong friends compete to embarrass each other.” In a typical scenario, one of the men goes out in a public space with an inconspicuous earpiece, while the other guys provide dares from behind the scenes. The man “out there” must do as he’s told, or he loses that round.

At the end of each show, the one who’s lost the most challenges is punished in a brutally creative manner that plays on his greatest anxieties.

In Season 1 alone, the guys are challenged to read embarrassing texts aloud in waiting rooms, take food from people’s plates, ask strangers how to use feminine hygiene products, and rhyme or flirt from behind a White Castle counter before asking customers for tips. In short, the Staten Island natives turn social norms upside down in a geographical area stereotyped as having no patience for that kind of nonsense.

Of course, episodes are edited heavily to preserve the funniest moments. Joe, Sal, Q, and Murr have been “caught,” stopped by police, and derided by those disgusted by their buffoonery. But mostly, I find humor and grace in the strangers’ responses to these seemingly deranged dudes, like the girls who accept Q’s awkward invitation to dance in public, or the man who hugs Murr, calling him “son,” after agreeing to be photographed for the fake blog, “Fathers I Wish I Had.”

Above all, I’m challenged by the jokers’ ability to make themselves look like asses, to risk being disliked and completely misunderstood, on purpose. And survive.

There’s something sweet about the terrifying punishments as well. The friends’ deep knowledge of one another’s vulnerabilities belies affection behind the cruelty. You feel admiration and delight in the friends’ laughter as Sal, an extreme germaphobe, is forced to dig through a pile of elephant feces for his car keys. When the acrophobic Murr must jump from a helicopter into a lake, you sense the underlying protective support from the very friends doing the pushing.

In daily life I don’t face such extreme situations. But Jesus tells extreme stories throughout the Gospels to get us thinking about priorities. Do I really have to sell all my possessions to follow him? Probably not. But would I? I most likely won’t have to forgive someone 490 times. But could I?

If I had to, could I survive a jump from that helicopter of interpersonal security? Even if my closest friend called and said, “You know what, bitch? I’m done with you,” could I cling to God anyway, live through it?

I know I’m scrambling up, and eventually off, this latest stegosaurus spine.  If people find me unlikeable or disappointing, that’s okay. If no one but Jesus accepts me, that’s enough. At least that’s what I know to believe, even when my body tells me the end is near. I just need to keep training my body to catch up with my mind.

Off camera, the jokers usually get a chance to explain themselves after the fact, a reality that makes it easier to withstand the cringe-worthiness of the show. Unwitting participants meet the crew, laugh, and sign a waiver allowing themselves to be televised. The guys become “normal” again, now even more worthy of love.

But some people disappear before ever learning the context of the day’s strange events, before understanding that what annoyed them will cheer countless others: delightful, disheveled humanity on parade.

Image above is a Creative Commons Zero licensed image by William Iven.