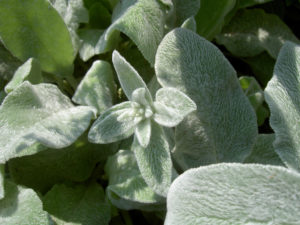 Last Sunday I was trying to decide whether to go church or take a walk along the river on a beautiful summer day in my corner of northwestern Washington. Some days I have time to do both and some days, for some justifiable reason, I do neither. The poem “Homily” by Todd Davis is both beautiful and deceptively stirring and particularly useful to me when faced with this decision. He writes, “I have been thinking about the God/ I pray to with no lasting effect and note the effortless work/ the stream does as it feeds these bushes.” In this poem, Davis is commenting on the word according to Walt Whitman—the epigraph being a quote from “I Sing the Body Electric” published in the original edition of Leaves of Grass in 1855. While Whitman’s poem explores the complex connection between body and soul, this poem goes one step further in shrewdly observing how our deepest ecologies can provide both poetic inspiration as well as guidance on how to live well, and lovingly. Nature as much a spiritual teacher as the “hand in white robes.” Bird droppings as sacred text. Handfuls of clover as offerings. The imagery Davis provides as evidence, in this relatively short prose-like poem, is convincing. However, he concedes, “I believe,/ despite my unbelief.” Despite the prophetic eloquence of Whitman, our bodies remain part of a larger and more mysterious whole where we learn to accept “the uncertainty of air/above our heads.” The question of Sundays is a perpetual one for me, but with the help of Davis’ “Homily” I will remember that answers can be found everywhere, all the time.

O I say these are not the parts and poems of the Body only, but of the Soul,
O I say now these are the Soul!
—Walt Whitman

By the second week in September nuthatches capture the last
elderberries, excrement purpled and extravagant, sprayed
drunkenly across my truck’s hood. I’ve been thinking about the God
I pray to with no lasting effect and note the effortless work
the stream does as it feeds these bushes. My father was baptized
in the Green River, led by the hand in white robes to be dunked
beneath the current. Sometimes when mother gathers sheets
from the line in late summer, she finds the droppings of a bluebird
written like a sacred text. But what saint could decipher it?
In a field reclaimed by clover, I sprawl sideways and count
the small green hands of the leaves enfolding me. The gentle sshh,
sshh of the wind dismisses my garbled words as they break
the water’s surface or cross over the low hum of bees. Eventually
we have to surface to breathe, accepting the uncertainty of the air
above our heads. At dusk a skein of geese skitters in a half-formed V,
and a skulk of fox pups gnaw at each other’s throats in a game
to prepare for death. Salvation is supposed to be sweet, like the sugar
of a wild grape, but where would we be without the fossil record to lead?
All of us are worth saving, despite the stink we’ve made since learning
to walk upright four hundred thousand years ago. As a boy, when a calf got scours,
my father would search the field for lamb’s ear, collecting its velvet
leaves to better dress the open sores that ran the length of the flanks.
His mother told him mercy is all Jesus wants of anyone. I believe,
despite my unbelief. When the Belgian drapes its sorrel neck
across the paddock gate, I offer him two handfuls of clover
I painstakingly picked.

Image above by Conor Lawless, used with permission under a Creative Commons license.