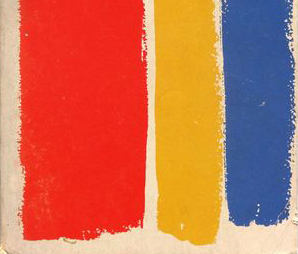 I’ve been engaged in an ongoing wrangle with Gregory Wolfe about the status of Christian intellectuals in the public sphere. We got a bit stuck on the question of T.S. Eliot and the worthiness of New Criticism. Mr. Wolfe has helped to un-stick the conversation with a rather devastating reply to my last post.

Pointing out that Eliot wrote his earlier critical works before he’d become a practicing Christian, Wolfe noted that by the time of Four Quartets “Eliot’s perspective had changed a great deal.”

His own childhood, family history, and other personal experiences become central to the poem’s meaning—indeed, become the names of the four sections. Eliot is incarnate in this poem but more importantly, his shift in 4Q, perhaps influenced by Maritain or in tandem with Maritain, signaled a growing awareness by mid-century Christian intellectuals that the modern “self” could not simply be ditched.

I acknowledge defeat. I was trying to fit Eliot into a tight box of anti-incarnational thinking in order to make my greater point, which was that Eliot is responsible for the intellectual and theological failures of New Criticism. In fact, Eliot—both as thinker and as poet—is too complex and rich a figure to be diminished and stuffed into such a restrictive box.

More interestingly, Wolfe went on in his comment to ask me a broader question, namely:

While I understand why it is necessary to see the flaws in figures who have perhaps been uncritically lionized, I’m also not sure what the larger argument is here. I am guessing that under this sort of scrutiny we can deconstruct pretty much any generation of loosely affiliated thinkers. I’m still not sure that my original point—that religious public intellectuals moved freely—and in numbers—through the public square in the mid-20th century—is being addressed, much less refuted.

This gets at the core of the debate. What, exactly, have I been trying to refute? One thing I’m not trying to refute (I should make very clear) is the fact that religious public intellectuals moved freely, and in numbers, through the public square in the mid-twentieth century. This is true.

The only question left, then, is what happened since then? Why did the situation change?

Let’s keep the question fixed on the area of aesthetics, since that’s where the debate began (in Dana Gioia’s initial piece about the decline of Catholic novelists). Did religious public intellectuals like Eliot, Tate, Maritain, Gilson, Tillich, and Niebuhr offer up strategies for understanding art that we can continue to use today? My answer, a ridiculously broad generalization, is no.

New Criticism, whether through the fault of Eliot’s latent anti-incarnational paganism or not, was a dead end. Post-Neo-Thomism (Maritain and Gilson), if we can call it that, while an incredibly rich theological resource and an intellectual tradition with which I have many allegiances, also has a big problem when it comes to art.

That’s because Post-Neo-Thomism (or PNT from now on), with its root reliance on Aquinas, traces its aesthetic sensibility back to the Thomist sentiment that beauty is id quod visum placet or “that which is visually pleasing.” The result of this sort of thinking, teased out over many hundreds of pages, is Etienne Gilson’s Painting and Reality.

Now Etienne Gilson was a brilliant man. A person could only do herself good by reading wonderful books like The Spirit of Medieval Philosophy, or The Mystical Theology of Saint Bernard. But Painting and Reality…not so much. It is, and it pains me to say this, a boring book.

The concept of beauty as PNT defines it simply isn’t up to the task of addressing contemporary art in any form. That’s largely because art has taken a rather well known turn against beauty (as Aquinas defines it) since at least the time of Baudelaire.

Saying that we’ll ignore all art until it gets beautiful again in the PNT sense of the term is, I suppose, an option. But it won’t give you much chance of getting a seat in the public square. On a deeper level, this attitude misses a great opportunity.

The non-beautiful, anti-aesthetic nature of much contemporary art is, I’d like to suggest, rich with spiritual depths, though these are often unacknowledged and misunderstood, even (and sometimes especially) by the artists creating the work. Religious intellectuals who want to talk about the art that is actually being made today will miss that richness if they are blinded by PNT or New Critical lenses. They will therefore have little to contribute to the public square. (I don’t have the space to deal with Tillich and Niebuhr in this post.)

In closing, I should say that I happen to love the provocative Image journal tagline, “Beauty Will Save the World.” But I don’t believe the way that Image journal defines beauty is reducible to the rather limited scope of PNT. Part of Image’s “openness” is in letting beauty be redefined by circumstances and not defining beauty against a pre-established criterion. Aesthetic beauty emerges in the pages of Image journal not as what’s “appealing” or “harmonious,” but what knocks us on our butts.

That, I think, is something the public square would like to hear more about.