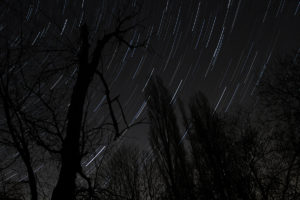 I once took modern dance technique classes with an instructor who asked the dancers to stand in a two parallel lines, facing each other; one line of tired bodies with eyes shut, the other line observant. While our eyes were closed, he asked us to make all of our bodies’ thirty-seven trillion cells seen.

It’s a meditation exercise, a mode of entering the darkness inside ourselves, though I imagined redness—sanguine and illuminated. When we finished and sought our partner across the space, the force of eye contact—the seeing and being seen of thirty-seven trillion entities—was like an electrical shock.

I don’t know what forges strange connections between people. I know that there are many things you can’t look up in a book but have to learn instead through geography. Though we have thirty-seven trillion cells, we don’t really know that much about them, and we’re especially ignorant of how cells function within their membranous outer shells.

Scientists recently announced a project to map cells individually, to learn by collecting and watching. So much of what’s known about them is based on how they behave as a group; so much has been found to be wrong.

Last month, I stopped being able to sleep. Nothing like that has happened to me before for such a long period of time. I felt fractious and altered and unlike myself; I felt wrong. I tried to salve the insomnia with mystery, to pretend the dark had something to tell me, in the way that night and silence hums through our veins like the presence of God.

During the time I couldn’t sleep, my mom was suffering from an infection, also unable to sleep, though I didn’t know it. I don’t talk to her that much, and consequently, I feel her in the way that mice are said to feel each other’s pain, in the way that my mom and her mom would have the same dream on the same night.

When surgeons removed my mom’s colon, I slept, worried and sad and helpless, for the first time in weeks. My sister and I wondered to each other if her abdomen was now empty, and I kept picturing the violet darkness of outer space, stars, pink nebulae.

I saw author Andre Alexis speak several weeks ago about his quincunx of books, three of which he’s completed. People have been wondering how the books are linked, and he said they’re drawn together by the idea of divine infection.

In the second book, Fifteen Dogs, Hermes and Apollo have a drink at a Toronto pub and decide to grant human consciousness to dogs at a local shelter. The concept of infection in Alexis’s books is much as it is with both God and microbes: attracted to opportunity— a web underneath everything, pulling apart and pushing together but always connected, humming like our veins in the dark.

The quincunx was inspired by Pier Paolo Pasolini’s film Teorema, about God in the form of a strange visitor who sleeps with every member of a family and then leaves, whose leaving brings about emotional devastation. It grasps at the idea that the divine infects the landscape around us, and whether we believe it to be malignant or beneficial, we live in terror of losing it.

Anyone who can’t sleep knows that night is a landscape, one to be navigated carefully, that things and gods and people’s hearts change shape in the dark.

In Katie Ka Vang’s one-woman play Final Round, she speaks of how her mother prays whenever she wakes in the night. That archaic fear and closeness triggered by the dark, by millennia of frightened ancestors pleading into the sky. After Vang was diagnosed with lymphoma, she’d wake to hear her mother praying for her in the next room, placing enormous emphasis on the word “die” (as in, “Make the devil DIE”), as if by emphasizing a word, a mother could drive it away from her daughter.

The landscape of darkness I grew up with—the woods in which I got lost and had to follow the dog back home—was a landscape where I prayed to the moon and the ancestors and God before I knew they were distinct. I still talk to the ancestors there, because they’re there, and it would be rude to pretend otherwise.

Underneath the forest floor, the fungi that connect and preserve the aboveground plants hum to themselves. And further north—the piles of taconite and coal on the shore, the tailings where mining waste is dumped—these are all divine infection too, beautiful and dreadful as all the landscapes to which I belong without quite knowing how that belonging works.

The night sky is starting to become brilliant; darkness falls at six o’clock. It’s sad and peaceful and romantic, and I drink dark beer and sleep well and worry incessantly about the people I love incessantly. I’m trying to have faith in the discomfort of divine infection that connects us.

“I prefer winter and fall, when you feel the bone structure of the landscape,” the painter Andrew Wyeth said. “Something waits beneath it; the whole story doesn’t show.”

The above image is by Stanze, used with permission under a Creative Commons license.