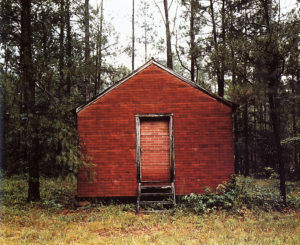 “The art of losing isn’t hard to master,” Elizabeth Bishop said, with irony. Still, it’s true that we mislay so many things over a lifetime that we become quite adept at bearing our deprivations. By the end, it’s a wonder that we have so much left to convey; the reading of wills should be bankrupt affairs, little more than legacies of good wishes and snatches of fair poetry.

But it’s not just carelessness that empties our pockets. Some things—many things—we simply let fall away. There is intent behind the release, and if not intent, recklessness. As in Bishop’s poem, among the things most commonly lost in this fashion are people. They have a habit of slipping out of our lives all too easily and much too regularly.

How many friends have been released over the years—allowed to escape from a grasp that consciously weakens—allowed to graze over the fingers and fly into the past, like a scarf dangled from a car window? “The last I saw of her…” we recall, as if such an end was inevitable; “It’s been years since we talked,” we say, as though it were not we who forged the distance of that span. More often than not, a lost friendship has a clear culprit.

About fourteen years ago, I had the honor of meeting William Christenberry, one of the foremost American photographers and artists of the twentieth century. The occasion of our acquaintance was my request that a book publisher be allowed to use one of his photographs for the cover of a novel that I wrote.

For me, Mr. Christenberry’s work—be it photograph, sculpture, or painting—became an acute aesthetic encounter. It was not just his subject matter, but his approach to it—one of reverence and humility and beauty-seeking, as if he were stealing upon something holy, with prayers upon his lips.

The aesthetics of aging was a major theme to his offerings—the idea that time, in one of its gentler aspects, can use a soft hand to buff and wear upon the lived world in such a way that the beauty of decline glows through in a patina of gentle glory. Again and again, he would return to the same places located in the Alabama countryside where he grew up, chronicling the yearly changes that the elements and general disuse worked upon old houses, stores, gas station signs—the vernacular material of his upbringing.

But somehow there was never anything hopeless about what he captured; as a particular place was erased from the landscape by another year’s rust and sun, or another few yards of kudzu vine, its luminescence became evanescence, then transcendence. Anyone growing up in the rural South of the day (I count it a great gift that I was among the last generation to live in that world nearly gone) cannot help but pause and linger over Mr. Christenberry’s work, cannot help but want to pick it up and hold it, like an arrowhead retrieved from a fresh turnrow.

In fact, that very impulse was something he told me once about his farmer forebears, who would at times return from the field in the evenings with bits of metal, stone, crockery, or wood that they had come across in their work. Stopping at the gate post, they would leave the found thing there, stacked with others of its like, arranged and rearranged by means of the natural artistic instinct that all bear to some degree, and to which he, as witness, became repository and practitioner.

All of this I was able to speak of at some great length in an article for Image. It is one of my favorite assignments still.

But as great an artist as he was, the man was equal to his talents. He was a gentleman, that rare individual worthy to be called such a thing, and that rare individual who would consider it a thing honorable to be so called. There was a quiet stateliness to him that men of his time carried, and a good mannered courtliness of which any era takes mark.

In our conversations, he taught me about scale and composition, about the proper distance at which to observe, and about how the evocative power of a piece turns upon the solitary statement of its most constitutive element. Like all good advice, these words have helped me enormously.

You would think from what I’ve just written that I knew Mr. Christenberry for a long time; the truth is, I only got to know him over the span of six months, some fourteen years ago. A tragic event in my family happened around then, and it took much of my attention and efforts for years following. So I lost touch.

And after things were better, I felt embarrassed—that too much time had passed for me to get back in contact. What a shame that is; what a fool I was; how much more I might have learned from such a man.

Nothing can help that now, as recently I learned through the newspaper that Mr. Christenberry had passed away. His memory had faded, it seems, as memory is wont to do. I think he must have handled such a thing with customary grace, though; he was familiar with such paths, after all.

I ask that there be no more leave-taking, but only reunion, restoration; that a great florid abundance of peace might come, in which the master and his art are one.

The above photograph is by William Christenberry, featured in Image issue 35.