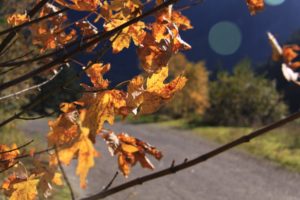 I’ve clearly missed some important cultural boat, for people love so many things that I just simply don’t get. Beer, Star Wars, zombies, body piercings. While my friends devote themselves to these phenomena with cultish fervor, I look on with confusion, if not a little disgust.

But the item that used to top my list? (Allow me a moment to duck.)

Oh, how I loathed them! Their indiscriminate, face-licking, feces-chomping ways. The agitation of approaching a friend’s door to the sounds of howls and claws on tile as she attempted to restrain the beast.

Why do people do this to themselves? I would ask. Is this just more American-dream mythology, that a stinky creature requiring overpriced squeak toys and hip replacements makes a family complete?

When I was a young girl, our family owned two aloof Afghan hounds, The Countess and The Duchess, who drifted through the yard like curtains haunted by spirits. I didn’t have a personal connection to them, and they couldn’t care less about me. It wasn’t until a stray cat wound herself around my ankles that I found myself devoted to an animal, even creating place settings for her at the table.

But dogs? We just didn’t get each other. This suspicion was solidified when my friend’s German shepherd suddenly pinned me to the door during a trigonometry study session. I wasn’t injured seriously, but the fang marks in my arm were enough. I was turned off to all dogs—and downright terrified of the big ones—for years after that event.

And let’s just say I never moved on to calculus.

Hating dogs quickly became my “thing,” and people began to expect my dramatic eye rolls and sighs in the presence of canines.

In fact, no matter how happily a dog bounded up to me, I refused to acknowledge its presence on this earth. As the years went on and our kids got old enough to ask for a dog, my husband warned them: Don’t get your hopes up. It will never, ever happen. And it was true. The mere mention of dog ownership sent me into some sort of nauseous claustrophobia.

Then the angel of the Lord appeared by the name of Marshmallow.

When our neighbors Kevin and Sarah moved next door a year ago, they almost immediately acquired a Shih Tzu. My spirit sank. Now I would be trapped mere yards from a yelping dust bunny, and I could do nothing short of moving away. But I had to be a good neighbor and smile.

Marshmallow soon developed the habit of hanging out in their front window on the back of the couch, a gargoyle with an under bite and a serious staring problem. I tried to avert my gaze as I walked up my driveway after checking the mail, but still, the pathetic, immobile eyes. One day I muttered, “Hey, Marshmallow.” She sprang to her feet, trembled, and barked jubilantly, as if I had dangled a steak.

The next day, as I pulled into my driveway after dropping my son at preschool, I looked toward their window. No Marshmallow. I sensed a feeling that was hard to identify. Was it…disappointment? No. Absolutely not. Later, when I went to check the mail, there she was, almost as if she were waiting for me. I felt a little leap inside. I couldn’t let anyone know about this.

I continued my Marshmallowian rendezvous at the window, talking to her through the glass. Then I started to take notice of other people’s dogs. At one house, a large mutt nudged me with his left paw. I tried to shake it. “No,” the owner said, “he shakes with his right. His left paw means he wants to be petted.”

“Oh my goodness!” I gushed. “He can do that? That is so adorable!” I took the dog’s face in my hands.

For all its Bible-thumping associations, “repentance” just means to change direction. But that can be hard when our thoughts, no matter how negative, become our touchstones, a home to return to, reminding us of who we are.

Maybe it’s an overstatement to say my dog-hating was a sin. But I know I had hurt, or at least annoyed, people over the years, as I dramatically wiped my slobbery hands on my pants and snarled at their babies. Now, when a person so much as mentions my dog’s batlike ears in a denigrating manner, I silently begin to sew a voodoo likeness in my head.

My life of faith is not about being “good,” but about becoming the self I was made to be, even if I’ve yet to meet her. Of course I am generally the same person I was pre-dog-conversion, but a little more compassionate, a little more sensitive to emotions, a little more willing to slow down. I notice the expressive gymnastics of my dog’s eyebrows when my children laugh. I’m a little more comforted during sleepless nights when a twelve-pound terrier curls in the inside of my knee and I feel his pulse.

Now I’m working to let go of much greater things, like, oh, a couple dozen anxieties. The thought of surrendering my fears is terrifying.

But for now, I will celebrate the small victory of an odorous dog resting his head on my wrist as I type.

And if a zombie comes for me in the middle of the night, I just might have to be willing to take his crumbling hand and go out for a beer.