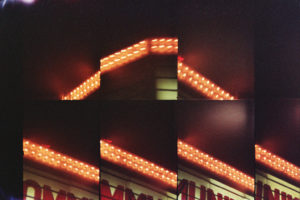 Cinema at its best has the power to transform minds, to inspire generations, and to speak across geographical, intellectual, and educational borders. Cinema can encourage, motivate, and challenge the hearts, minds, and souls of anyone willing to engage within the visual journey.

We’ve witnessed stories of faith, sacrifice, redemption, and persecution. We’ve discovered the call to service, and powered through cultural divides, while fear, hope, war and family heritage became the themes and narratives of films released in 2017. We laughed; we cried; we digested difficult topics, and we continued to ask ourselves: How can we be better as human beings? How can we best represent the heart and compassion of Christ?

Each year, hundreds of films are released around the world by major studios, independent producers, and even those individual filmmakers with a desire and the means to share their story. From art house cinemas, to major theater chains, to online streaming portals, the ability to appreciate film is as close as our mobile devices; we now have the most unique and convenient of opportunities to examine these stories.

Embracing dialogue, research, and weighty introspection, the Arts and Faith Ecumenical Jury determines a top ten list of films that best represent the vision “to challenge, expand, or explore what it means to specifically recommend a film for Christian audiences.” This year, eighty-one films were nominated, with over 50 considered on the final ballot. We feel this list will be one worthy of engagement, evaluation, and active Christian participation and thought.

The following is the Arts and Faith Ecumenical Jury Top Ten for 2017. Director’s names are in parentheses. We invite you to the challenge: explore and expand.

From Garden of Eden references in π to the Tree of Life in The Fountain, Darren Aronofsky’s films have often riffed on biblical (and specifically Genesis-based) ideas, and mother!—his first film since the controversial Noah—is no exception.

Like his last film, his new one is a story of Creation, the Fall, and Apocalypse with an environmental subtext. Jennifer Lawrence plays the titular mother, who is married to a celebrity poet (Javier Bardem) and trying to make a home with him, but he craves the adoration of his fans no matter how rude, obnoxious or even murderous they become, and the resulting film is a nightmarish fever dream about the worst houseguests in the world.

Not for the squeamish, the film probes the relationship between vanity and creativity, and—in tandem with Aronofsky’s previous depiction of Noah and the women in his life interpreting God’s will differently—it asks where true divine authority can be found when the sexes are not in harmony.

We typically understand “Beauty and the Beast” stories as those in which a man who is cursed draws a beautiful woman into an unlikely romance that saves him from a burden of suffering and her from loveless conformity. Columbus offers us a different take: Beauty emanates from the world of imagination, drawing two cursed characters into a meaningful relationship through its redemptive aesthetic influence.

When a touring architecture scholar collapses before a lecture in Columbus, Indiana, his fall brings together two unlikely seekers: the young and directionless Casey (a radiant Hayley Lu-Richardson), his admiring fan, and his resentful son Jin (John Cho), a Korean-American translator.

Casey’s days, darkened by vocational uncertainty and the cloud of her mother’s depression, are brightened by this chance to show a skeptical visitor around her neighborhood and share the beacons of architectural beauty that have kept her from drifting into despair. As they ponder the meaningful mysteries of asymmetry in Columbus’s public spaces and churches, their tenuous friendship transcends “Will they or won’t they?” routines.

Meanwhile, the scholar’s vigilant, harried assistant (Parker Posey) works to heal the prodigal’s family rift. Recalling Linklater’s Before Sunrise, Coppola’s Lost in Translation, and (above all) Jem Cohen’s Museum Hours, director Kogonada’s debut is an exquisite, soft-spoken surprise about the reconciling and rejuvenating effect of (for lack of a better term) intelligent design.

Dee Rees’s Mudbound plants itself firmly in Mississippi circa WWII, winding its way through the lives of a black family with deep, world-weary roots as they live and work as sharecroppers on the farm of a (once affluent) white family.

Nakedly ambitious, Mudbound is a rural epic, chronicling the continuous rises and falls of each family, spanning years and perspectives, cross-cutting from the battlefields of WWII to insidious conflict back home among fields of cotton.  An extensive ensemble cast rotates throughout the film (Rob Morgan and Carey Mulligan shine especially bright), while Rachel Morrison’s Academy Award-nominated cinematography breathes life into the haunted history of the American South with effortless grace.

Re-contextualizing historical injustice by folding the framework of generational racism and poverty into the quotidian family dynamics on screen, Rees creates a film which plumbs the hidden—and blatant—hardness of our hearts, the longevity of the sins of our fathers, and the difficult path forward.

An intimate portrait of the tortured soul of an artist, interspersed with several of her most famous works, Terence Davies’s unusual biopic covers the life of Emily Dickinson from her school days to her death, highlighting her tempestuous but compassionate relationships with her father, sister, brother, and other New England socialites.

Cynthia Nixon’s performance as Emily is one for the ages, and Jennifer Ehle’s turn as her younger sister is wonderful supporting work that enables Nixon to play Emily’s moods off Ehle’s quiet and sympathetic presence. As the film focuses on Emily’s growing agnosticism, insecurity, and sense of perfectionism, all of which often drive others away from her, Nixon makes us empathize with a “difficult” character who struggles to fit into the world and uses her poetry as the primary means of communicating the longings of her soul.

In the best of the year’s many broken-family dramas, Romanian auteur Cristian Mungiu (4 Months, 3 Weeks and 2 Days) surgically probes the invasive lure of cheating and corruption—and the cost of integrity—in a crooked culture.

Outwardly, Romeo Aldea (Adrian Titieni) seems to be prospering, with a successful medical practice and a talented daughter bound for Cambridge. But his home life is hollow, compromised by a thinly-concealed affair. And in his larger world, where favors are currency, there are oblique discussions about arrangements between people who don’t do that sort of thing, except when they do.

Mungiu makes a queasily plausible case for a seemingly victimless exchange—one to thwart rather than perpetrate an injustice—but the better case is made by the women in his life: Sometimes it’s better to follow the rules and accept the consequences.