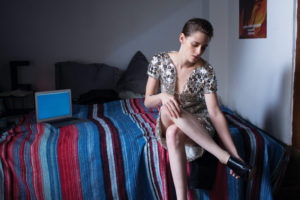 Cinema at its best has the power to transform minds, to inspire generations, and to speak across geographical, intellectual, and educational borders. Cinema can encourage, motivate, and challenge the hearts, minds, and souls of anyone willing to engage within the visual journey.

We’ve witnessed stories of faith, sacrifice, redemption, and persecution. We’ve discovered the call to service, and powered through cultural divides, while fear, hope, war and family heritage became the themes and narratives of films released in 2017. We laughed; we cried; we digested difficult topics, and we continued to ask ourselves: How can we be better as human beings? How can we best represent the heart and compassion of Christ?

Each year, hundreds of films are released around the world by major studios, independent producers, and even those individual filmmakers with a desire and the means to share their story. From art house cinemas, to major theater chains, to online streaming portals, the ability to appreciate film is as close as our mobile devices; we now have the most unique and convenient of opportunities to examine these stories.

Embracing dialogue, research, and weighty introspection, the Arts and Faith Ecumenical Jury determines a top ten list of films that best represent the vision “to challenge, expand, or explore what it means to specifically recommend a film for Christian audiences.” This year, eighty-one films were nominated, with over 50 considered on the final ballot. We feel this list will be one worthy of engagement, evaluation, and active Christian participation and thought.

Today we post the Arts and Faith Ecumenical Jury Top Five for 2017. Director’s names are in parentheses. Each member of the Jury also selected a film for Honorable Mention. We invite you to the challenge: explore and expand.

“Our world has set itself afire. I must look elsewhere to quench the blaze.”

James Gray’s film tells the story of British explorer Percy Fawcett’s search for an ancient civilization deep in the Amazon jungle in the years before and after the First World War. Even as he faces professional and personal resistance to his quest, Fawcett remains driven to seek for something else.

Ostensibly a tale of adventure and colonial power, The Lost City of Z feels classical in its storytelling and sense of scale. Alongside its visual grandeur, it’s a film with a literary sensibility. It avoids standard screenwriting narrative conventions in following Fawcett’s journeys and caesura. Gray and cinematographer Darius Khondji’s gifts for imagery pay major dividends in the end, offering up an image of the sacrifice that the quest for transcendence may demand.

The Lost City of Z shows how passion inspires devotion from those we love. While we may question Fawcett’s motives and judgement, the questions the film poses dwell long after it is over.

I grieve, therefore I am: if there is a single characteristic that grounds the personal identity of Kristen Stewart’s dissociative expat Maureen, it’s the yearning she feels to reconnect with her recently deceased twin brother. It’s the mark not only of her existence, but also an emotional subjectivity in opposition to the imperceptible forces that compress the outside world she exists within into a maze of subways, malls, hotels, and boutiques without any individuated character of their own.

Director Olivier Assayas uses these distinctly contemporary and globalized spaces in service of a techno-ghost story: a story that hovers between the naturalist/dualist divide without ever passing through that most obstructive border, the restrictive expectations of narrative clarity. Personal Shopper denies these two poles as a dichotomy, essentially rendering the film’s closing question—“is it you, or is it just me?”—as irrelevant.

Maureen, cursed to a life of grief that ultimately defines her, otherwise is as vacuous and translucent as the material world that would have her be just another object without an identity or a consciousness.

In this unflinching look into childhood below the poverty line on the streets just east of the Magic Kingdom, Sean Baker continues his provocative filmmaking tour of the invisible American classes.

Though their play is scripted by their parents’ cycles of violence and addiction, six-year-old Moonee and friends mark time like a post-truth era version of the Little Rascals. Questions of nature vs. nurture percolate through the film as this terribly adult world overlaps with Moonee’s daily routines.

Because we see the human scale of welfare policy in the warped, desperate sense of freedom Moonee has already inherited from her mother, it is hard to imagine a film like this not feeling exploitative. But in Baker’s hands this rough poem of primary colors and heartbreaking visual phrases ends like a desperate prayer.

Winner of last year’s Oscar for Best Foreign Language Film, The Salesman did not receive a wide release until this year, and it is one of Farhadi’s most powerful films yet.

The imitation between art and life blurs after two married actors are forced to evacuate their apartment and find themselves dealing with an unexpected tragedy, which results from the previous tenant’s dissolute lifestyle.

The different ways the husband and wife respond to that tragedy threatens not only to derail their production of Death of a Salesman, but also to break apart their marriage as the husband’s quest for justice becomes less about his wife and more about his own desire for vengeance.

The most remarkable aspect of the film is the way it handles questions of forgiveness, reputation, and healing, reminding us to whom those abilities belong.

Listen. This is the first word spoken in Jean-Pierre and Luc Dardennes’ latest masterpiece, a parabolic moral mystery that is at-once quite ordinary in terms of its genre conventions, yet extraordinary in its formal brilliance and ethical considerations.

Listen. The speaker is Jenny (Adèle Haenel), a youthful, ambitious doctor who serves her working-class patients with rich empathy and a sense of purpose.

When a young woman who tried to enter Jenny’s medical clinic after hours is found dead nearby, the tragedy prompts Jenny to search for answers in this social-realism-meets-film-noir tale of suspense and sympathy. In our present age of technological mediation and online political conflict, The Unknown Girl reminds us of the immense power of seeing another human being’s face, looking a person in the eyes, and experiencing the warmth of appropriate embrace.

Listen. We are invited to not only listen, but to see, to touch, to feel, to notice and sense the presence of the imago dei. The Dardennes’ style of realism paves the way towards the transcendent; in seeing the actual humanity of the Other, we may also encounter the divine. In this, we may begin to genuinely love our neighbors as ourselves.

Each jury member was invited to list one additional film to recommend: