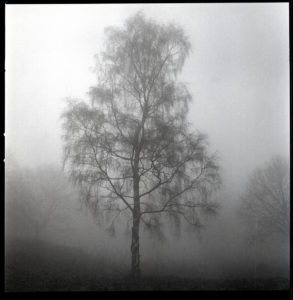 When I was a soccer-obsessed fifteen-year-old, I had no use for poetry. I endured my school hours like a crated dog, waiting to get out on the field. One afternoon in the library, I picked up a random book of English verse and flipped through it. Eventually I landed on a song from Charles Kingsley’s The Water Babies, offered most often now with the title “Old and Young.”

When all the world is young, lad,
And all the trees are green;
And every goose a swan, lad
And every lass a queen;
Then hey for boot and horse, lad,
And round the world away
Young blood must have its course, lad,
And every dog his day.

He was speaking to me, young blood, strong, moving among so many queenly lasses in my school that I could not think straight for more than a few moments at a time. Back then, I didn’t know what a sentimental piece of writing it is; I don’t care now.

With this memory fresh in my mind, the other day I walked into the Goodwill thinking of poetry. I was looking for a few specific items of clothing for our Beat Poet inauguration, part of the poetry month celebration at Riverviews Artspace here in Lynchburg on Friday night.

I had black pants and an old pair of beat up black shoes that I’d gotten several years ago at the DAV thrift store for a Mad Men party. I snatched up two old suits that day as well, one brown and one pine green. They were fifties vintage, the creator’s tag hand-sewn onto the inside pocket, and hung in among several other suits the exact same size, all hand-sewn, just as old, just as carefully preserved. Probably they were just raked from a dead man’s closet.

I needed a brown vest, or some dark earthy shirt with wide horizontal stripes. If I could find a beret and some tiny round shades, that would be great as well. I had already started working on my soul patch for the event.

The new Goodwill on Ward’s Road is a superstore, the biggest Goodwill I’ve ever seen, built just for Goodwill Industries. Though the racks were filled with used merchandise, everything was ordered in a neat imitation of a real department store. The floors were shiny grocery-store tile. They could not however hide the musty funk of old clothes. The air was heavy with it. Just past the men’s clothing were the appliances and electronics, whose jumbled brokenness could only be disguised so much, things like answering machines destined for the landfill.

The place was full of browsers, a mix of middle class locals and hipsters from the college looking for whatever dorky thing they could wear ironically.

I had no luck in the men’s section. In among the light-blue seventies style suits were only two vests, both light blue, pinstriped, with a silky back to them. The pants and shirts were mostly from the late nineties and early 2000s. The shoes on top of the clothing racks were also not so old. Several pairs of those leather shoes with the extreme square toe that young men wore for a while at the turn of this century.

I tried the women’s section, thinking I might luck into something. Maybe a brown vest if nothing else. No luck.

The women around me didn’t appear to notice or care that I was making my way through the large dresses and suits. I stopped at the uniform rack, which was stuffed full of nothing but hospital scrubs of all different colors and prints. I looked through those. There is also a Dead Poets Party to cap the month-long celebration of poetry, and I thought I might go as William Carlos Williams. Maybe I could find an old stethoscope somewhere—get a toy doctor set if nothing else. I didn’t find anything that worked there either.

Feeling a little frustrated, I made another sweep through the men’s section. As I flipped through the hanging ties, there among them was one I recognized. Unmistakable, this tie. It had black and mauve and teal shapes. No design of any kind. More like blots. A tie my mother gave me back when those colors were just going out of style, it was unmistakable in its ugliness.

I hadn’t seen it for years and was more than a little surprised it was still in circulation. When had I owned it? Early-mid-nineties maybe? It was a time when I was still in my first marriage, and still believed all my plans would flow forth just as I had planned them.

I was thrown immediately into an existential funk. Memories I had never before entertained burst open before me. My life flown so quickly, one huge chunk of it measured here at Goodwill by the surprise of this one ugly tie.

I turned to leave the store, and at the door I had to wait for an old woman in a wheelchair. She was heavy in the chair, shapeless and clumpy as a big sack of leaves. A tank tethered to her face helped her breathe. Her brown polyester pants were tucked up neatly and pinned just below her knee. She was missing a leg. Probably diabetes.

This made my funk veer toward despair.

Then the door opened and a strong young man—son or maybe grandson—came in and wheeled her out to a Jeep that he had parked by the front door. He attended her gently, lovingly.

I think now of the second stanza of Kingsley’s song:

This post originally appeared at Good Letters on April 11, 2014.