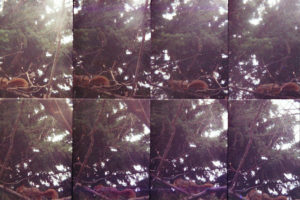 I was at work last Thursday when I received the call from the school that every parent dreads: My eight-year-old daughter had been discovered with nits in her hair.

Actually, she was not alone. A bunch of children in the class had lice, and the school had pressed administrative staffers into corralling children for impromptu head checks for lice and nits. There had been a long email sent out to families asking everyone to do a precautionary treatment before sending their children back to school.

Only I hadn’t read the email. It had floated into my email and vaguely into my consciousness—something, something, lice—but my daughter hadn’t been scratching her head or anything, so I figured it didn’t apply to us. I took her to school the next morning, and after admitting we hadn’t done a big treatment, left after the director had cursorily checked her scalp.

Well. I should have known that schools are the ultimate in connected ecosystems. If there was ever an illustration of the old chestnut “it takes a village,” this was it; only this was an illustration of something more like, “you cannot escape the village, even if you think you can.”

I thought about this when I got the call at 10 a.m. at my desk, already in the high heels that I only wear at work and busy on a project. But I immediately took the shoes off, grabbed my laptop to finish something up at home, and sped off to the school to pick her up, the route blessedly free from traffic this late in the morning.

Forty-five minutes later we were home, and there was already a brouhaha brewing among the moms (mostly moms, that is) on the school listserv: There were those who were concerned that children with nits had been allowed to even attend class. There were those parents who averred that the standard recommendation these days was, in fact, to let children with nits—but not lice—attend school. And there was another cohort that pleaded for parents to just go buy the lice-killing shampoo already, and the whole thing could be over with!

I was lucky that I still had some organic anti-lice hair mousse and a real Ferrari of a lice comb from when the whole family had gotten lice a few years ago. Squinting with my bad eyes (I now need bifocals, but haven’t gotten them), I carefully parted row after row of Anna Maria’s hair, peering closely to see if nits were attached to her blond strands. Her teacher had said that if you could pull a little flake off the hair, it wasn’t a nit; it was likely dandruff. Nits glue themselves hard to the hair shaft. It took more than twenty minutes to conduct just the most basic of combings.

My older sister wanted to know what was the deal with so many outbreaks of lice. When we were growing up, she said, nobody had these outbreaks at schools. So I Googled for an answer, and this is what I found: The very pesticide shampoos that were capable of killing 100% of lice in 1980 were now only 25% effective, because the tough lice had learned to adapt to them.

The only enduringly effective method for ridding hair of lice was, and is, to comb it out painstakingly, by hand.

It struck me that there was a lesson here about shortcuts and human sinfulness. Eve wanting to “be like God” by eating the fruit; Abraham and Sarai trying to jump-start God’s promise by Abraham having a child through Hagar.

That same tendency, the unwillingness to endure the long tedium, was what led to the scientists’ utopian delight in thinking that they had invented a shampoo to kill all the lice, once and for all.

It is also an indication of how little esteem with which the humble acts of bodily caretaking are held: They take time. You have to do them over and over again. You can teach a child to ride a bike in an afternoon, but you have to wipe a baby’s bottom for a matter of years.

And yet, one of Our Lord’s most poignant acts was not the performance of miracles—the flashiness of which he himself seemed to dismiss, but his willingness to get down on the floor and wash the disciples’ feet.

It was the task of a servant, but a model for us all.