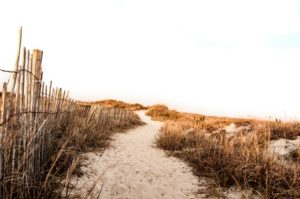 The sonnet, of course, is the gold standard of form, the first one most people identify. That’s why I decided to wait several months before working on sonnets during my Year of Forms. There’s just so much pressure surrounding The One. I mean, come on:

My mistress’ eyes are nothing like the sun;
Coral is far more red than her lips’ red;
If snow be white, why then her breasts are dun;
If hairs be wires, black wires grow on her head.
I have seen roses damasked, red and white,
But no such roses see I in her cheeks;
And in some perfumes is there more delight
Than in the breath that from my mistress reeks.
I love to hear her speak, yet well I know
That music hath a far more pleasing sound;
I grant I never saw a goddess go;
My mistress, when she walks, treads on the ground.
And yet, by heaven, I think my love as rare
As any she belied with false compare.

I probably don’t need to define the sonnet. Most of you have written at least one, I bet, even if it was back during your freshman year of high school when your teacher, bracing for the moans and groans, introduced Shakespeare (it’s his sonnet above). You probably rhymed “love” with “dove” and “life” with “strife.” I’m pretty sure I did. No shame there. Writing that first sonnet is about survival.

There are so many different kinds of sonnets and endless variations on those kinds. At the most basic level, a sonnet’s any poem with fourteen lines. The Poetry Foundation defines the sonnet like this:

A 14-line poem with a variable rhyme scheme originating in Italy and brought to England by Sir Thomas Wyatt and Henry Howard, earl of Surrey in the 16th century. Literally a “little song,” the sonnet traditionally reflects upon a single sentiment, with a clarification or “turn” of thought in its concluding lines.

There’s the English, or Shakespearean, sonnet, as seen above. There’s also the Petrarchan sonnet; the Italian sonnet; and the Spenserian sonnet–all with fourteen lines but varying rhyme schemes and structures. If you want to go shorter, you can write a curtal sonnet, like Hopkins. Or you can go totally crazy and write a sequence of sonnets or a whole crown of ’em. Some people devote their lives to sonnets, the rhythm of iambic pentameter becoming their very footsteps, heartbeats, breath.

I am not one of those people.

Until this year, I’d probably written ten sonnets at the most. The majority of these issued from prosody classes in college and grad school. As a “certified” poet, I’ve written just a few but haven’t loved any of them. They’re stiff and boring and don’t “turn” anywhere, except toward even more boredom. Writer friends have suggested that I loosen up with the form. After all, I could write anything with fourteen lines and technically call it a sonnet.

But as I’ve learned through writing so many sestinas and villanelles this year, limitations are my freedom. Structure is my muse. Instead of pulling back with my sonnetary habits, I considered, maybe I should push forward even more.

Around the time I started working on sonnets, my poet friend Cameron Lawrence suggested I work on a series of epistolary poems. Excited about the idea, but also remembering I had these sonnets to contend with, I decided to combine the two. Epistolary sonnets. Perfect. But written to whom?

Try addressing yourself at certain ages, Cameron wrote. Okay, I responded. How about my prime numbered years?

That’s thirteen sonnets. Also, what exactly will I say to my two-year-old self? And how different is 43 from 41?

But adding these limitations to my limitations has forced me to contend with some memories, images, and meanings I haven’t explored in decades, if at all. Much of my memoir writing focuses on my late teens and early twenties because of struggles and changes I experienced during those years. But what about the rest of my life? What poems have been hibernating in these forgotten selves?

Writing about those periods of my life with the sonnet form—sometimes Shakespearean and sometimes Petrarchan—in second person, no less, has uncovered and distilled what was most important to me in those times. I experiment with rhymes until the words I need show up. In the moment, I may feel like I’m serving the form, but in reality, the form is serving me. I’ve written six of these prime-number epistolary sonnets so far and will continue until my forty-seventh birthday rolls around.

To the one I love, whose cowlicks grew in waves
so that your bangs resembled handlebars
set atop a face you could not save:
salmon glasses, braces, acne scars.
I have a job for you. Grab a mirror
and stare into the deepest, widest pore.
Gaze into the sheen of oil. Draw near
to the hole that opens like a door
to everything you hate about yourself.
then tie a bikini around your cardboard chest
and run into summer’s indifferent wealth
where once you hid with the dispossessed.
Be ugly and free in the eucalyptus.
Toss back your hair and call it delicious.

Tags: Good Letters How to Be a Poet poetry sonnet Tania Runyan