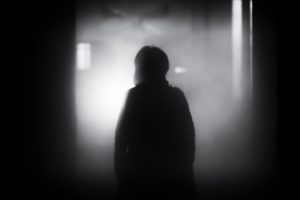 I’ve had to look away for most of three decades now—away from your work.

“Why.” That’s the title of a poem, a poem in your book Here and Now, I read this morning.

“Because you can be sure a part of yourself is always missing,” the poem begins.

When I read your poems now, like when I read them regularly decades ago, when, for a brief time, I was your student, your friend, I discover a part of myself that, if not exactly missing, had been nagging to be recognized, acknowledged, expressed.

“If the imagined woman makes the real woman / seem bare-boned, hardly existent…” you write in “The Imagined,” and I nod, no, not nod, exactly, but soften, warmed by the companionship of a poem that knows me better than most people do, a poem that says what I’ve experienced but would never, could never say aloud.

At thirty-six, Steve, I married. You know this. I visited you once before the wedding. I said, she doesn’t read poetry. We won’t have that to talk about. You can find plenty of people, you said, to talk poetry with.

I brought it up with you, her inexperience with poetry, because, at the time, I still had the fantasy of making a name for myself as a poet, and I thought it would be helpful to know if you thought marrying someone who isn’t as in love with poetry as I am might, somehow, be a hindrance to my fulfilling that dream. I also wanted you to still be my teacher.

if you come to realize the imagined woman
can only satisfy your imagination, whereas
the real woman with all her limitations
can often make you feel good

I’ve been married to her, the real woman, for almost twenty-four years now. Often, she makes me feel good.

When I married her, my real woman, I said to myself: I know the heat, and I know the ice of inadequacy, the sense of my own inadequacy: am I not handsome enough, bright enough, lucky enough in love? And having been betrayed, I know the knife of betrayal.

When I married her, my real woman, I said: I know what it’s like to long for a wife, now I’ll see what it’s like to live for the rest of my nights and days with a wife, a good wife. That’s the limit: death. Until death we do part.

You know limits, too, how the end of a line, for instance, can create an opportunity for a loving reader to linger over a few words, to savor their pleasure and, perhaps, discover some meaning that might otherwise be missed.

This isn’t merely a matter of the fantasy of another woman compared to the actuality of the one you are with. Neither, however, is this merely an intellectual exercise, an opportunity for disinterested reflection on the relationship between art and life.

Steve, I know the imagined woman of whom you write. I know, too (though before reading your poem, I hadn’t ever thought to acknowledge it), the wisdom of not talking about her.

I love the way, in your poem, you move on, from the real man’s imagined woman to the real woman’s imagined man, “someone / probably with her at this very moment, in fact / doing and saying everything she’s ever wanted.” And I love the way you ask, “would you want to know that he slips in / to her life every day” or “do you prefer how she goes about the house / as she does, as if there were just the two of you?”

Isn’t her silence, finally loving? And yours
not entirely self-serving? Hasn’t the time come

once again, not to talk about it?

And thank you, most of all, for your silence, all these years, never telling me that my poems never lived up to your fantasy of what my poems were then, and what you imagined they would become.

This post originally appeared at Good Letters on March 25, 2014.