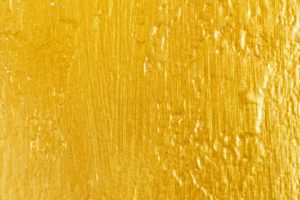 Every December and May at commencement, I listen to the names of our graduates as they are called out one by one. As I hear them, I think, maybe? Could be. Has to be! How did I not get to know her? Yes, I know him. Yes, I know her. They’ve come to my house for Shabbat dinner. They participated in UNC Asheville Hillel.

It’s an old habit of ours: trying to pick out Jewish names—whether among victims of a school or nightclub shooting, plane crash; this year’s Nobel Prize winners; heads of tech giants or investment bankers and brokers. This is bad for the Jews, we think. This is good for the Jews.

Maybe it’s deeper than a habit. Maybe it’s because however assimilated some of us are, an almost primal sense of connection to other Jews survives deep within us. We are, after all, a small group, around 14 million of us around the world, a little less than six million in the United States where we make up 1.76% of the population. We have to stick together. And we have a very long history, full of joy and accomplishment, tragedy and suffering, holding onto us. Whether we lead with our Jewish identities, hide them, or are indifferent to them, when tragedy happens, we immediately feel a connection to other Jews. Even when we forget we’re Jews, there are others always ready and willing to remind us: you are a Jew.

There are lots of reasons why Jewish students at UNC Asheville wouldn’t wind up at my house for a Shabbat dinner. Lots of reasons why Jewish students wouldn’t participate in our small Hillel. Some students, independent for the first time, may feel free to take a break from their parents’ religion. I can’t tell you how many parents of prospective or first-year students have asked me about Jewish life on campus, eager for their sons and daughters to find a home as Jews here. Then, when their kids get here, no matter how many times and ways our Hillel leaders and I reach out to them, we receive no reply. Their parents may want their college-age children to continue engaging with Jewish life, but their kids—including rabbis’ kids—aren’t interested.

But it’s no secret that some colleges and universities have become hostile places for Jewish students. Given that, why risk exposing yourself as a Jew?

While my campus is a safe, welcoming place for Jewish students, during my almost 30 years here every time I’ve asked Jewish students if they’ve ever experienced what they perceive to be anti-Semitism at UNC Asheville, they’ve answered yes. Offensive jokes about Jews have been told in their presence. Some well-meaning students pray for their new Jewish friends, hoping they’ll be saved. Maybe these behaviors can be explained away by the limited knowledge others have about Jewish civilization as well as by the insidious persistence of anti-Semitism these young men and women have unwittingly absorbed from the culture. Still, they are real, and they hurt.

Early in my career here, I received a final paper from a student that included a hand-drawn cross at the end along with a prayer for my soul. Just two years ago, I received two mildly threatening letters from an alumnus in response to an essay I published in a collection called 27 Views of Asheville, which describes my reaction, as a Jew, to seeing the cross that towers above Ridgecrest: a LifeWay Christian Conference Center. Driving west on I-40, it’s the first thing one sees when crossing the Buncombe County line. It marks the county as home—for others, not for me, though I’ve lived in Asheville, the county seat, since 1989. In the essay, I also reflect on the challenges and power of teaching “The Diameter of the Bomb,” a poem by the great, late Israeli poet Yehuda Amichai, in a class on contemporary literature. The day I offered that poem to my students: September 12, 2001.

Then there’s the alarming increase in the number of anti-Semitic acts in Asheville and Buncombe County public schools. One student whispered under his breath to another, Jew boy. Another student shoved a young girl while calling her Jew. Anti-Semitic memes have been circulated on school computers.

Still, my place of work has been and continues to be a tremendously welcoming and supportive community. Consider the phone call I received on Saturday night, October 27 at around 7 p.m. from the university’s new chancellor, who only arrived on campus in August. She was calling to express her deep sorrow and concern about the massacre at Tree of Life synagogue in Pittsburgh. She wanted me to know that she personally, along with the university community, was ready to do anything needed to help support our students, faculty, and staff at this terribly upsetting time. I don’t know how she got my number, but I’m really glad she did. Her call reinforced what I’ve always felt as the Director of the Center for Jewish Studies, that my university is a humane, caring, compassionate institution.

When, at commencement, I hear the names of students I think might be Jewish but whom I did not get to know, I’m saddened. They are part of my family.

So, too, are the victims of the massacre at the Tree of Life Synagogue: