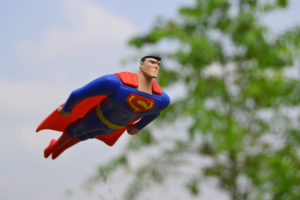 You yourselves are our letter, written on our hearts, to be known and read by all … written not with ink but with the Spirit of the living God, not on tablets of stone but on tablets of human hearts.
… the letter kills, but the Spirit gives life.  (2 Cor. 3, NRSV)

I have this image seared into my head of a stark Protestant church from the 16th century, all wood and plaster, four plain walls and a narrow isle. At the back of the sanctuary, the only decoration of any sort, oversized and tall and dominating the space, is a statue of an open Bible.

It comes from Nicholas Boyle’s Sacred and Secular Scriptures, and it wasn’t even a big part of the chapter, but it struck me at the time because it had never dawned on me that, as Boyle argues, there could be such a thing as bibliolatry—idolatry of, in this case, the Bible itself.

As a Protestant, the Bible is kind of a big deal to me. I was fortunate in my teachers, so I learned not to view it as a weapon against nonbelievers. But as I read Boyle, I realized I hadn’t thought much about how the Bible was different from God.

It also does not follow that we are immune from mistaking the one for the other, and I had long had the uncomfortable feeling that, somehow, the Bible was hamstringing my faith. I had trouble “loving people” who weren’t already Christians. Befriending and hanging out with them, no problem, but really engaging in life with them?

But without the Bible, I thought, what do we have?

It’s a particularly Evangelical question, and I was thinking about it again reading Geoff Johns’s Justice League series. When the League saves the world from Darkseid’s invasion, David Graves, whose family was among the rescued, becomes their biggest fan, praises them as gods among men. The heroes gave Graves something to hope in, and the comfort that someone was out there fighting the forces of evil.

But when Graves’s family contracts a mysterious illness and dies, he blames the Justice League. They were not gods, he realizes, but idols. He seeks out parasitic spirits, who take the forms of his family members. He invites them into his body to gain their power, and thus becomes a supervillain.

As allegory, it literalizes what had already happened: Graves’s idolatry was parasitic, was bound to destroy him. Now he turns that energy outward.

Some idols I’ve had to tear down in my time:

Those idols crumbled when I realized they couldn’t sustain the hope I had in them. But I always had the Bible to back me up. Where would I be without the Bible?

I remember reading Left Behind in high school with a mix of curiosity and skepticism. The triumphalism and anti-Semitism felt wrong before I knew how to name them, but the fear was infectious: If the rapture happened today, would you be left behind?

It took me some time to realize the question was problematic. The question didn’t provoke me to love God and my neighbor but to seek the validation of the authority who posed it.

In other words, the question promotes idolatry.

Sometimes I imagine it was easier for the apostles, who saw Jesus do all those amazing things. Then I remember that other people were there and came to other conclusions. After all, Jesus told people to stop reading Scripture the way they always had. “You’ve heard it said … but I say …” It wasn’t that he replaced Scripture, but that he was Lord of it.

The stone tablets forbidding idols weren’t enough. When He gave Himself in the flesh, the death of His body was also the death of the idols we make of Him: warrior god, political revolutionary, Near East Superman.

When Christ revealed Himself, resurrected, the disciples saw God more clearly. When I pulled the Bible out of my eye—precious, sacramental, but not divine—I was able to see Jesus more clearly. The idol of Scripture had become a blindfold; I had to learn to see through it, as through a lens.

“The letter kills.” The very book that guides our faith tells us to beware things written in books. Better, to beware undue devotion to what we believe we find there. God doesn’t write with ink on paper but with spirit on hearts. Idolatry of the Bible replaces the Spirit with an inked image of God.

We are supposed to be images, not worship them. Paul calls the faithful his epistles, his letters of God to the world. That means my job isn’t done if I hand someone a Bible. My job is to give people myself, in the same way Jesus did, and it’s never done because Christ never ceases being Christ.

If my reading of Scripture tells me to put up the shields or to appoint “tough guy” leaders for fear of this or that, what’s my message to the world? If I cling to an image, to what I know must be false, I will wind up like Graves when the League drives the spirits out: broken, empty, and hopeless, clawing after mirages that gave me the illusion of power.

He thought he would show the world that Superman was a monster, but he becomes the monster himself.

I fear my own bibliolatry because I fear becoming monstrous, but I’m still working on what it means to lose the Bible as idol. At the least, it means regaining Scripture as gift, as mystery. It means standing before Christ without the comfort of appealing to the false image.

It means becoming God’s letter to the world, not hiding behind it.