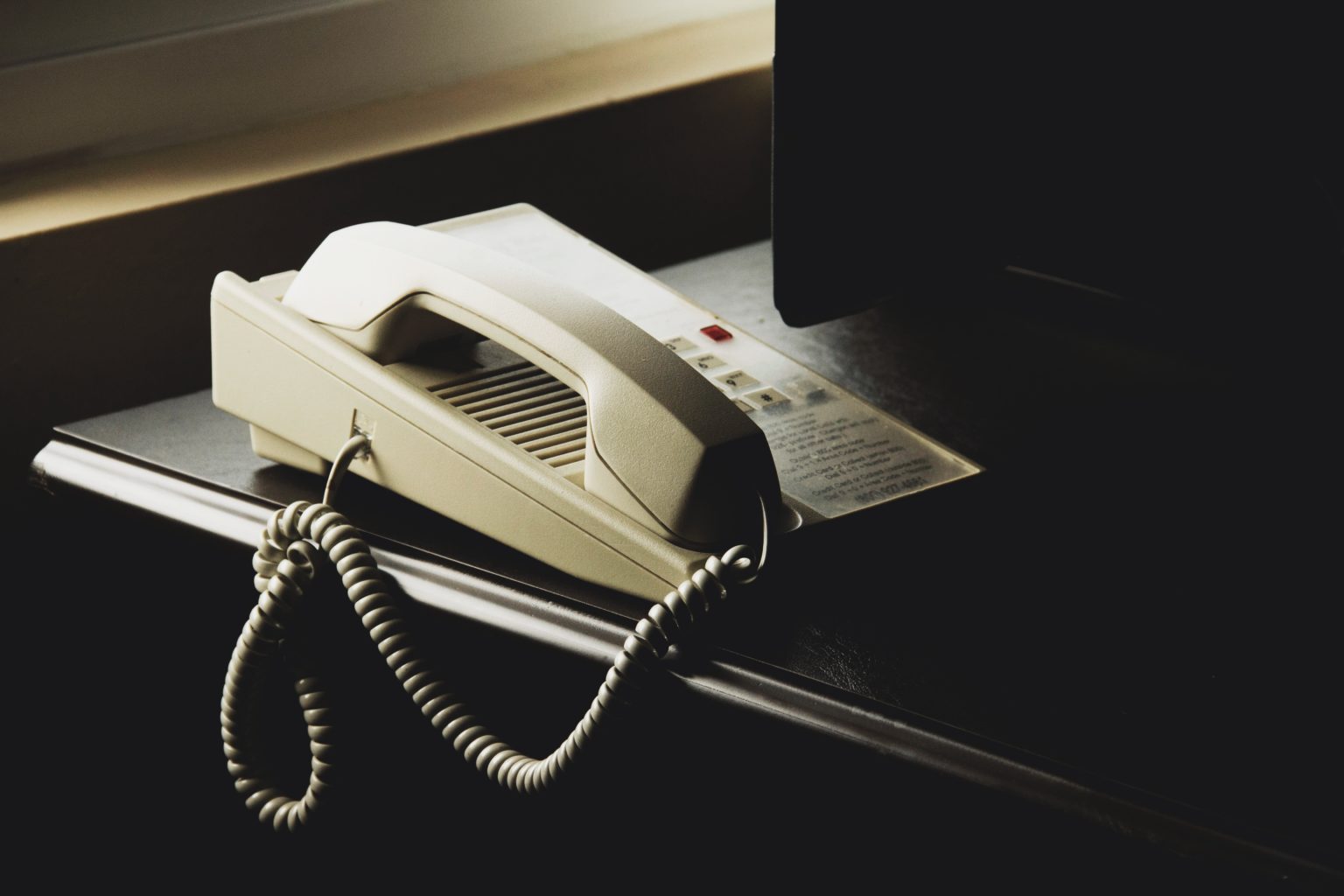 Sometimes I imagine that the phone rings and it is him and we talk. Nothing fancy.

Or that I call him and even if it does take an ambling walker minute, he finds his telephone among his succulents and orchid bells and lifts it from its charging cradle and pushes the one green hello button with his thinning index finger, and I say, “Just calling to say hi,” and he says, “And how are you? How are you? How are you?”

But quarantining inside two small rooms in a retirement village has more than the intended, necessary consequence. Quarantine is a muffler, it is a black-out shade. It is the space between a daughter and her father. The singular. The plural.

I thought, in those first strange Covid-19 weeks, that my father simply didn’t wish to speak when I called, desperate to reach him, so many times a day. I thought he was sleeping or on the verge of sleeping, eating or on the verge of that, mad at something I might have said, what had I said? I understand it differently now. I understand that, in the surreal world of the quarantined, the machinery of talk succumbs to confounding mysteries. Where is the phone? Where is the hello button? Of what does one speak?

Sometimes, now, when an aide is nearby, the aide answers and, very briefly, my father speaks.

Mostly, when the phone rings now among my father’s orchid bells, the phone just rings and rings.

The last novel I’ll write is due out soon. Like so many of the books I’ve written since my mother died, my father is there, inside the story. It had become our thing to hunt my stories down—the facts of them, their atmosphere. I’d suggest a terrain. He’d drive. We’d take the tour, walk the walk, scout the streets, the gardens, the rivers, the museums for a plot, a face, a scene. We’d cap off the hunt with ice cream or Ketchup with some fries or some other medically unprescribed thing, and, later, when he’d read my books, he would find our time inside the pages that he turned.

The writing of Cloud Hopper—the new novel, the last one—began long before my father and I packed up our family home and moved him to this retirement village. The writing of Cloud Hopper—a story about hot air balloons, three motherless kids, Vietnam vets, a battered municipal airport, a blueberry farm, a storm, an accident that becomes a mystery, a land like Lancaster called Gilbertine—was, for a long time, a jumble of false starts and bloated fantasy.

There’s a Grandma Aubrey in Cloud Hopper who raised her daughter’s daughter as her own, named her, even—Sophie B, which is short for Sophie Blanchard, the greatest female aeronaut of all time. Grandma Aubrey watches the window for sky spectaculars. She imagines the land from above. She dreams the impossible dream of lifting up, of not being, at least for a little while, so bound to the earth, to a body.

And now, in a little house, in a place called Gilbertine, Grandma Aubrey is dying and young Sophie B is watching; she is at her grandmother’s side and there is nothing in between. Sophie B opens the windows to the stars, the chill, the songs of the cows, the breeze. Sophie B reads aloud from the best balloon tales—the made-up ones, the true ones. Sophie B serves ice cream for dinner and blueberry jam for snacks and opens the house to friends. Sophie B is there, and when there is silence with Grandma Aubrey, it is their silence. When there is nothing but their being, that is their being, that is their dignity.

By the time I sent my father Cloud Hopper to read he was tucked deep inside his quarantine; the silence was the silence of Covid-19. He tried to read the story, but he quit. The words, he told me, as an aide helped him with the phone, were too small, too far away. The reality, he might have said, had just become too strange.

I wanted to tell my father to try again, to look for himself, to look for us, to turn a page. I wanted to say, When you are done, when this is finished, we’ll celebrate with some ice cream. But he was asking the aide to hang up the phone. He was saying goodbye, in quarantine. I was saying, “Dad,” and he wasn’t saying, “Beth,” and the phone clicked and the silence was my silence and I stood and went to the window and wished to be unbound by a breeze.

Beth Kephart is the award-winning author of more than thirty books in multiple genres. Cloud Hopper is due out on September 8 from Penny Candy Books. More about Beth at bethkephartbooks.com.