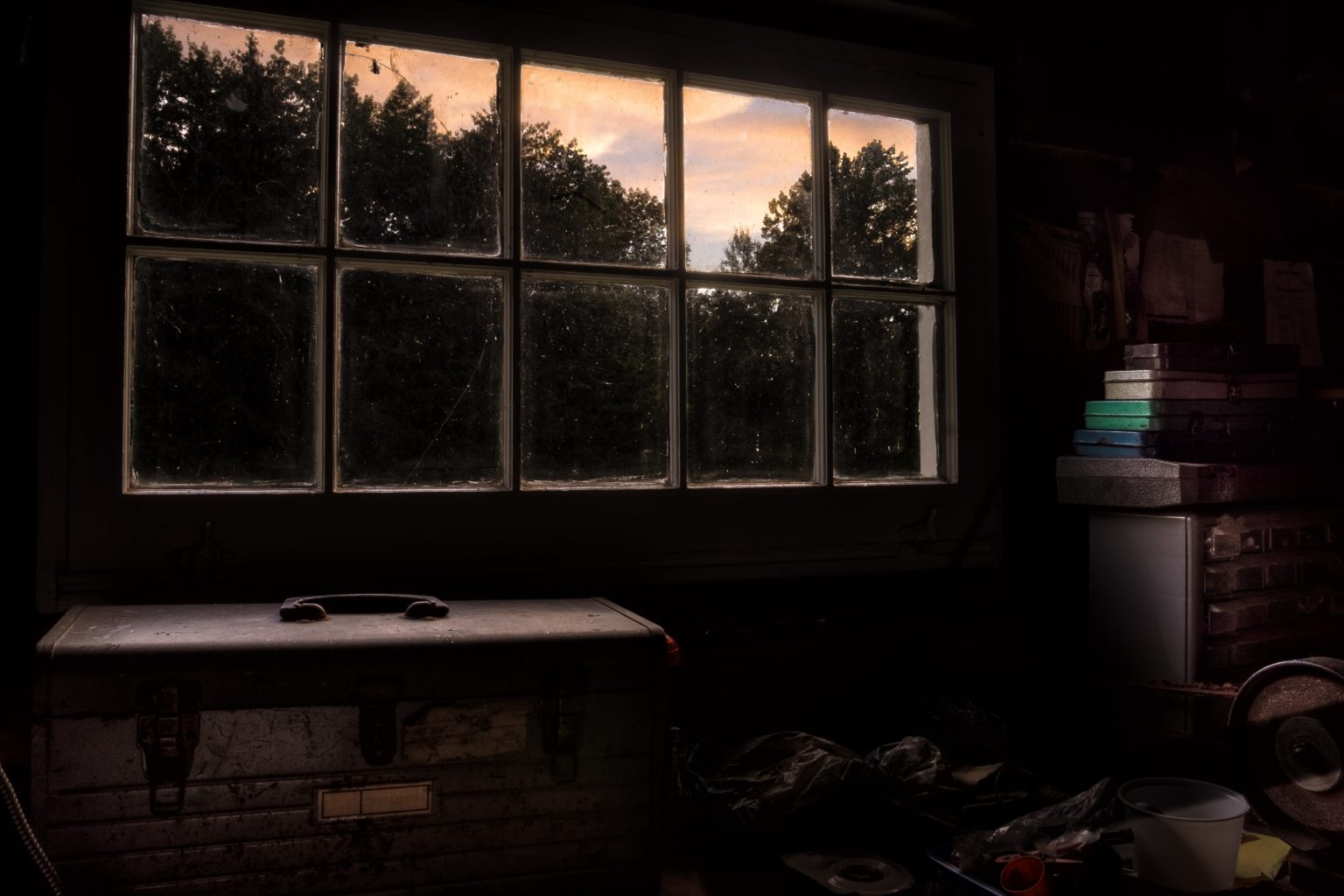 IN THE SUMMER before my father’s death, in one of those brief moments during cancer treatment when the miraculous triumphs of a body seem plausible—when even the son of a pragmatic former priest forgets that the grip of terminal illness is total—my father suggested he say mass (as Catholics put it) one last time. It was a ritual he hadn’t performed since donning tailored vestments in the mid-1970s, more than a decade before I was born, his second, whom they named for an Irish king so legendary that the name’s become insipid, although it meant he of noble birth in old Gaelic.

At the time, I was no longer interested in nor committed to believing, and, it turns out, never would be again. Whatever part of him was left unclaimed by lesions wanted, I think, to reiterate ritual magic: to insist to himself that spiritual metamorphosis would occur beyond the body, which at the close would be no more than a vessel to waft up from, as though he were merely a cup of hot oolong gradually cooling. My father grabbed a slice of bleached white Wonder Bread and something like a pastry doily. He cut four circles from the bread and pressed them into disks, then asked for a Bible. I cannot remember the passages he chose, only that we sang “Be Not Afraid” by Robert J. Dufford. And later I suppressed my atheist discomfort and briefly savored his pacific, almost mannerist expression as he lifted a gulp of cloying Manischewitz in a chalice he’d kept from his parochial days in Paterson, New Jersey. He passed it to Mom, who in her turn recited the sacred spell and sipped, eyes closed, and prayed beneath her breath to Saint Thérèse, the Little Flower.

My father’s sister, Patricia—who preferred Tricia—gassed herself in 1975 in the family’s detached garage, with its green cedar shingles. In a dog-like coil, she lay down on the beige-brown back seat of the black Buick Invicta. Shortly after, Dad relinquished his position as a bimonthly columnist for The Beacon, a local diocesan rag, and left the priesthood. But not before writing Perfection Is Not Love, a book that opens with dazzling theological eloquence that now eludes me entirely. I have never read further than the opening pages before closing that white novella-length defense against despair. Even now, whenever I pick up a copy, which I rarely do, it is like holding my father’s voice in my hands. My brother Sean tells me, without judgment, it’s about what you’d expect—a brother grieving a sister, assuaging himself by assuaging others. From what I’ve gleaned, Perfection is a prayer of a sort, or what in lay terms might be called a thoughtful redistribution of the weight of tragedy.

For years I forgot it on a bookshelf the way some people neglect open jars of little-used condiments or long-sealed plastic containers of leftovers in the back of fridges. That it was concerned with Tricia, who for most of my life was just a name, a ghost, a secret I suspected even as a boy that adults wanted to obfuscate or avoid—a character in some intensely guarded drama—only ensured that the book’s claims would be too hot for my psyche to handle.

The first time I opened the stale box full of author copies, which I kept in my basement in Pittsburgh, my dad’s name in black on the white paper cover nearly spoke itself to me. When I returned the copy to its box after he died, sliding it between the other mint copies, the perfect white spines of twenty or so of its siblings fit snugly in there, touching like piano keys.

Almost like a dream Tricia comes to me. I imagine the copper maw of the green garden hose, how it smelled of old keys and suntan lotion. I imagine the tailpipe, her dozing, her bullshit paperback novel, her reading material while waiting out oblivion—a book no one, according to legend, remembers the title of, though I suspect that’s more suppression than amnesia. I imagine her voice, which I have never heard and never will. In moments of weakness I sometimes imagine how she wears her hair in heaven, then recoil. I imagine the smell of oil in the garage. I imagine the engine, after a while, must’ve bucked and choked off and sounded pathetic, sputtering like a tractor, while she descended the poison. I imagine the silence of the rafters after she died, the absence above her asking to be filled. I imagine the bell alone in the field I once dreamed about, after Dad was diagnosed. I imagine what it was, the mundane task that sent my grandpa to the garage that morning he found Tricia dead, curled up in a blanket with her thumb in that book. From the outside I imagine the garage less than ten feet away from the screened side door into the kitchen I remember—the smell of Nana’s rich gizzard gravy, which she would brown ceremoniously in cast-iron Depression-era pans during our summer visits. I imagine her kiss. I imagine setting out from that ranch house on Orange Street. How we’d sometimes walk the two blocks together to Saint Mary’s graveyard, where every member of our lineage is buried. I imagine the conifers swaying over Tricia there, and my father too, and my great-grandfather Paddy Joseph, he of three nervous breakdowns.

At Tricia’s funeral, in 1975, held at the church to which the graveyard belonged, my father said mass and also gave the eulogy, though I am only telling you what I couldn’t have seen. He began: “Lord, if you had been here, my brother would not have died,” borrowing from the Lazarus story to make, I assume, a point about loss: that blame would shake faith more than grief; that it is all right to interpolate when tragedy occurs; that there are small birds who were human once, and so on. And that faith, in fact, one day will answer silence, a beautiful if perhaps juvenile promise, which my brother Sean calls Santa Claus for adults. Not that I don’t appreciate the charms. But by the time my father had lost his skunk-patterned hair and his fingernails yellowed, I had already found more trappings of eternity in poetry than in personified abstraction. It seemed to me that the only correct response was a slow-burning rage in which god, or an idea of one, did not factor at all, let alone anxieties about big-B Belief, a fact my father would probably lament but also understand.

On the day of his funeral—held at the same church in which holy water maybe beaded atop the head of Tricia’s casket—the dolorous organ seemed to enter me and vibrate within, as if trying to wake a part of me I’d long ago released. I decided that I would be unable to bear the weight of his body, and so from the stone steps of the church I watched a few friends lift him several inches off the foldable gurney and into the hearse. The long car’s highly buffed black paint—the cold fact of it—like a doll’s eye. I do not remember the color of his casket; I stood a long time staring at it and the two red taillights that blinked several times before rolling away, leading our train to his newly prepped, barely thawed cemetery plot about fifty yards from where Tricia was buried one week after the 1975 Miss America Pageant, which she’d been watching the night she killed herself. Standing by his grave, I thought it strange that I was thinking only of her, that true-silver spoon ring she was wearing, her engraved initials same as my father’s. And by the time I’d begun to think of her face, I noticed the gathering beginning to disperse, my mother waving with a white tissue toward what had already become an abstraction. I walked off alone toward Tricia’s dark-pink stone with a sense of dread building in each step, as though I were approaching the ledge of lake, or a building, or a pit.

Brian Tierney’s poetry has appeared or is forthcoming in Paris Review, AGNI, Kenyon Review, and elsewhere. A former Wallace Stegner Fellow at Stanford, he lives in Oakland and teaches poetry at the Writing Salon.