But by the time my father had lost his skunk-patterned hair and his fingernails yellowed, I had already found more trappings of eternity in poetry than in personified abstraction. It seemed to me that the only correct response was a slow-burning rage in which god, or an idea of one, did not factor at all, let alone anxieties about big-B Belief, a fact my father would probably lament but also understand.

On the day of his funeral—held at the same church in which holy water maybe beaded atop the head of Tricia’s casket—the dolorous organ seemed to enter me and vibrate within, as if trying to wake a part of me I’d long ago released.

I haven’t any major gripes with the Roman Catholic Church. On the whole, I feel gratitude. The church took me in when I needed some in-taking. Living in Detroit, however, I have found myself worshipping at Saint Anthony over on the East Side. The Mass at Saint Anthony is presided over by Bishop Karl Rodig,… 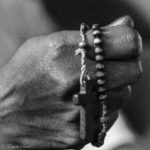 Guest Post by Laura Bramon This post originally appeared at “Good Letters” on August 18, 2008. The birds’ wings shake out the smell of the men who sleep in the park: the smell of meat, sweat, and bread. The birds lift up and fly away as I ride my bike through the park’s courtyard, and… 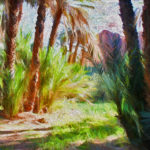 I managed to live in Indiana for forty years before visiting the Indianapolis 500. A friend offered my husband and me tickets on our anniversary weekend, which also happened to be the 100th anniversary of the race itself, an event that was expected to draw half a million people. “Oh, why do you want to…