My paintings are increasingly concerned with the tension between doubt and anticipation. When I first encountered Jamie’s writing, it was the not-knowing that resonated with me, the blurred boundaries between the sacred and profane, scandal and sacrament. Her stories are full of yearning and short on answers—something I hope my work conveys as well.

In 2014 Matt wrote to ask my permission to use a few story titles from my first collection for his paintings. When I checked out his website, I was so overwhelmed by the art—so moved by the color and explosive energy bursting from empty spaces that felt, somehow, ecstatically bereft—that not only did I give him permission, I decided that (a) I would ask him to design one of my future book covers, and (b) I would acquire a Kleberg painting for myself. I finally got my painting last year. The book cover, I’m still hoping for.

Text from Two-Step Devil, a novel in progress by Jamie Quatro.

Jamie visited Matt’s Brooklyn studio in 2019, where they looked at work in progress and talked about his creative process. Watch her short video. 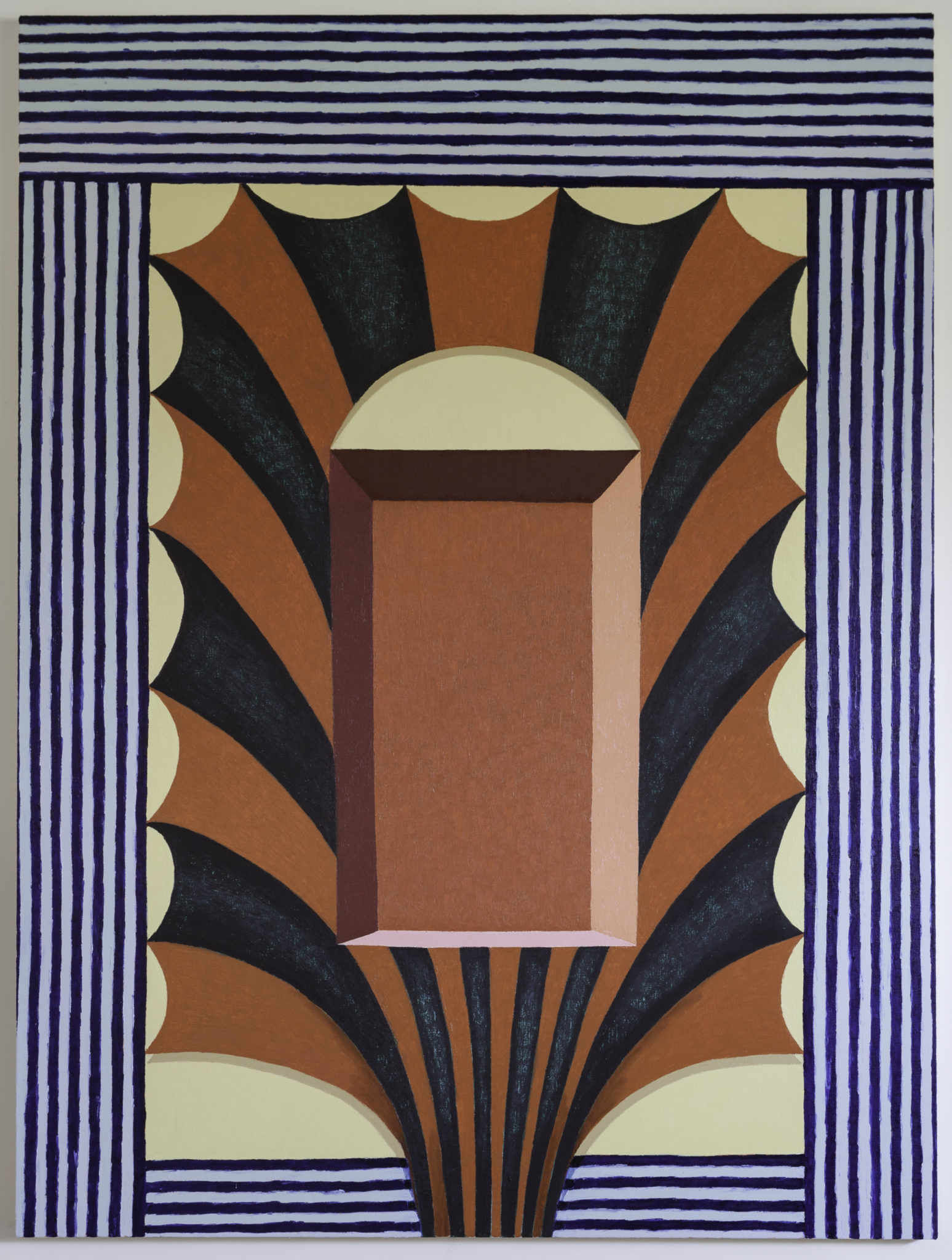 THE PROPHET SAT ON HIS PORCH watching darkness climb up out of the field. It was cold enough to see his breath, all the trees showing their skeletons again. He missed having a dog at his feet. Lately he’d been noticing something like a little thumb, baby-sized, pressing up into his bottom rib. No matter how he shifted around on his mattress at night or rubbed the spot, the thumb was there, pushing back. Now, on his front porch, he sat very still and took deep breaths. It was like being on a boat with his fishing line, trying to feel through his hands what might be down there. He wondered if the little thumb might be loneliness. 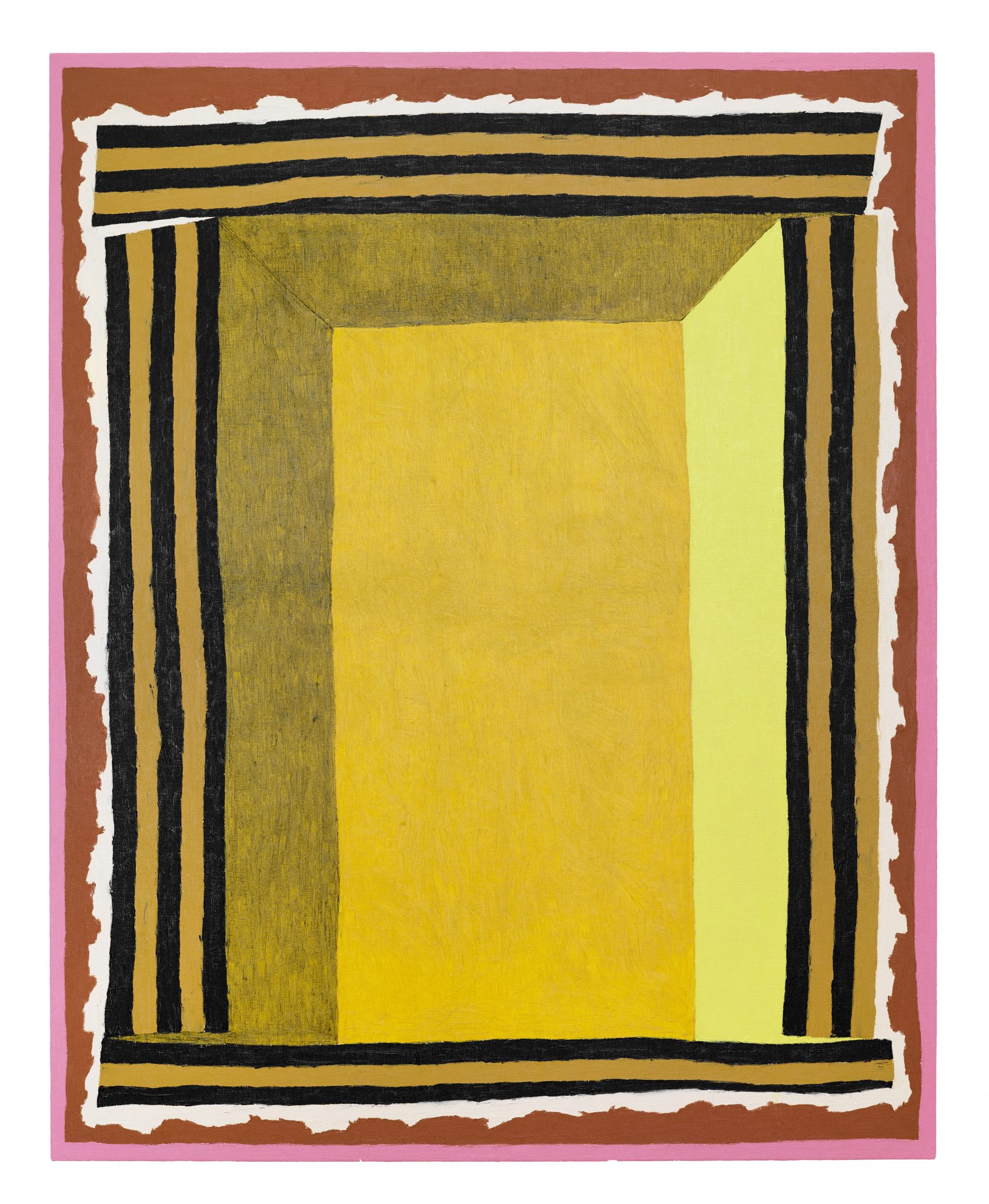 His son was gone all the time now, ever since the Day of Big Trouble at the country club on Lookout Mountain. Zeke had a job there doing trim work. The Prophet told him he should be framing and hanging drywall, but secretly he was proud his son did the trim. How a thing looked was important. Not just Is it useful, but Is it nice to look at. Trees made fruit, and fruit is useful, he’d said to Zeke. But before fruit comes flowers, and there’s not a thing to be done with them but look. 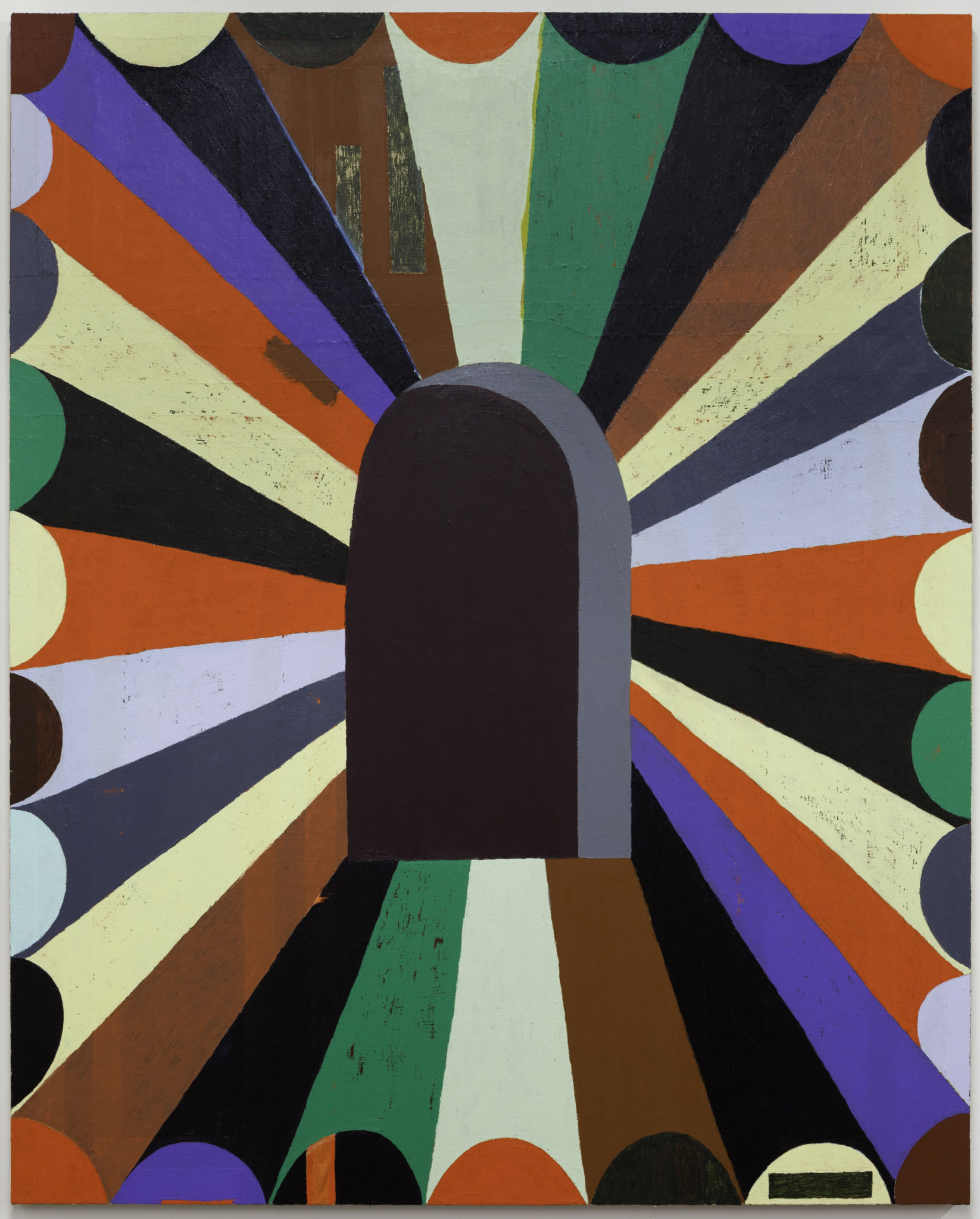 His son had taken him to the country club before it opened and had shown him the vacuum-looking machine he polished the ballroom floor with. He said the chandeliers were supposed to show up in the floor so that when people danced the light would be coming from above and below.

These lights is nothing compared to the ones I seen Up Yonder, the Prophet said. 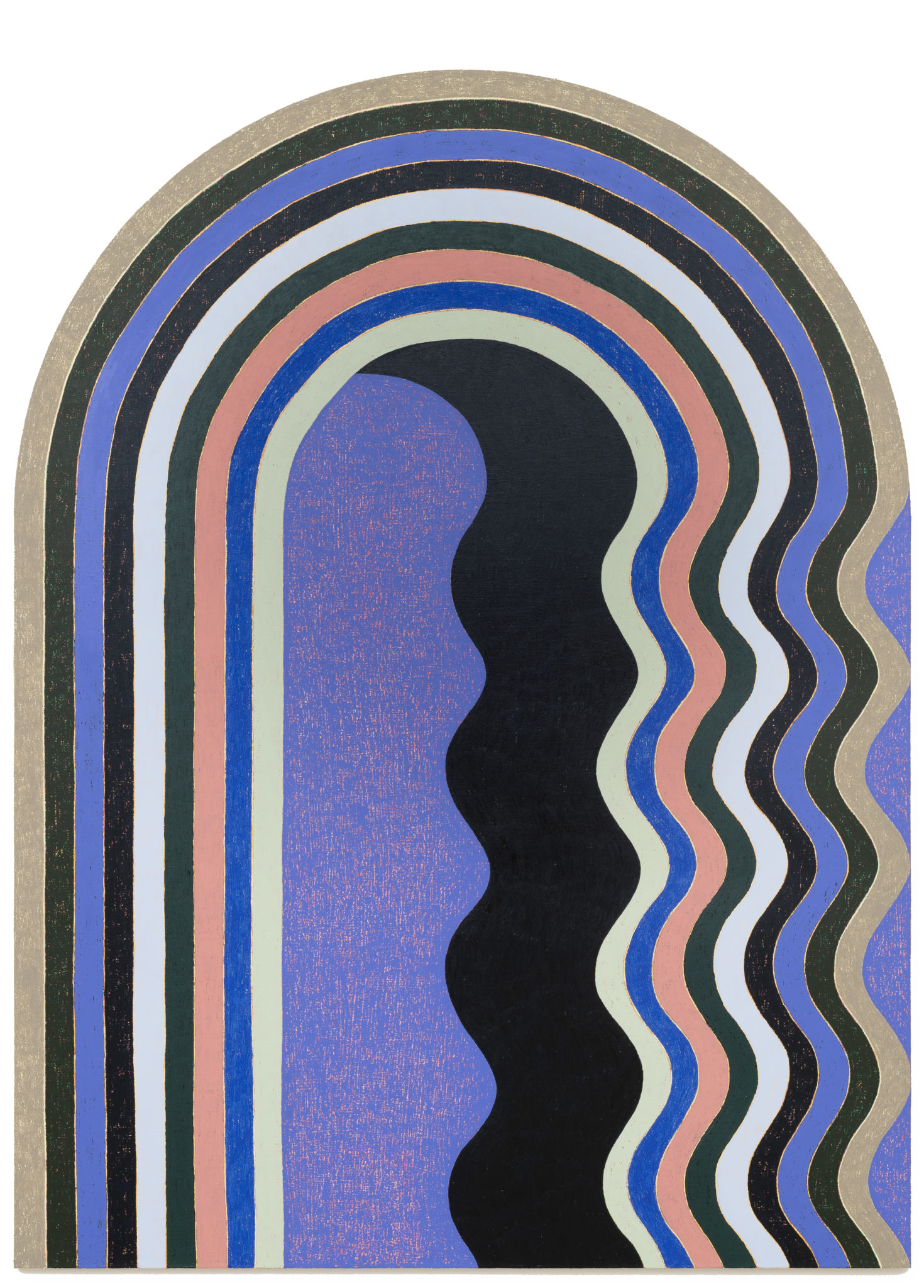 Zeke put the polisher back in the closet and went out onto the balcony. The Prophet followed. Something wasn’t right. He’d only meant to say that he understood about the shining and the lights and how important it was to keep the floors polished. Used to be Zeke would ask him if he’d gotten any new visions and offer to help with the drawings and the spellings. When had that all stopped?

He stood beside Zeke on the balcony, facing east. It was light in the sky, but the sun wasn’t above the horizon yet. Pockets of mist like clouds stuck between the ridges, rippling out all the way to the Blue Ridge Mountains, which were a nice flat lavender color. Down to the left was the Atlanta-Nashville freeway snaking through the ridge cut; beyond that, the white concrete mess of Chattanooga. He could see the river flashing blue between buildings. 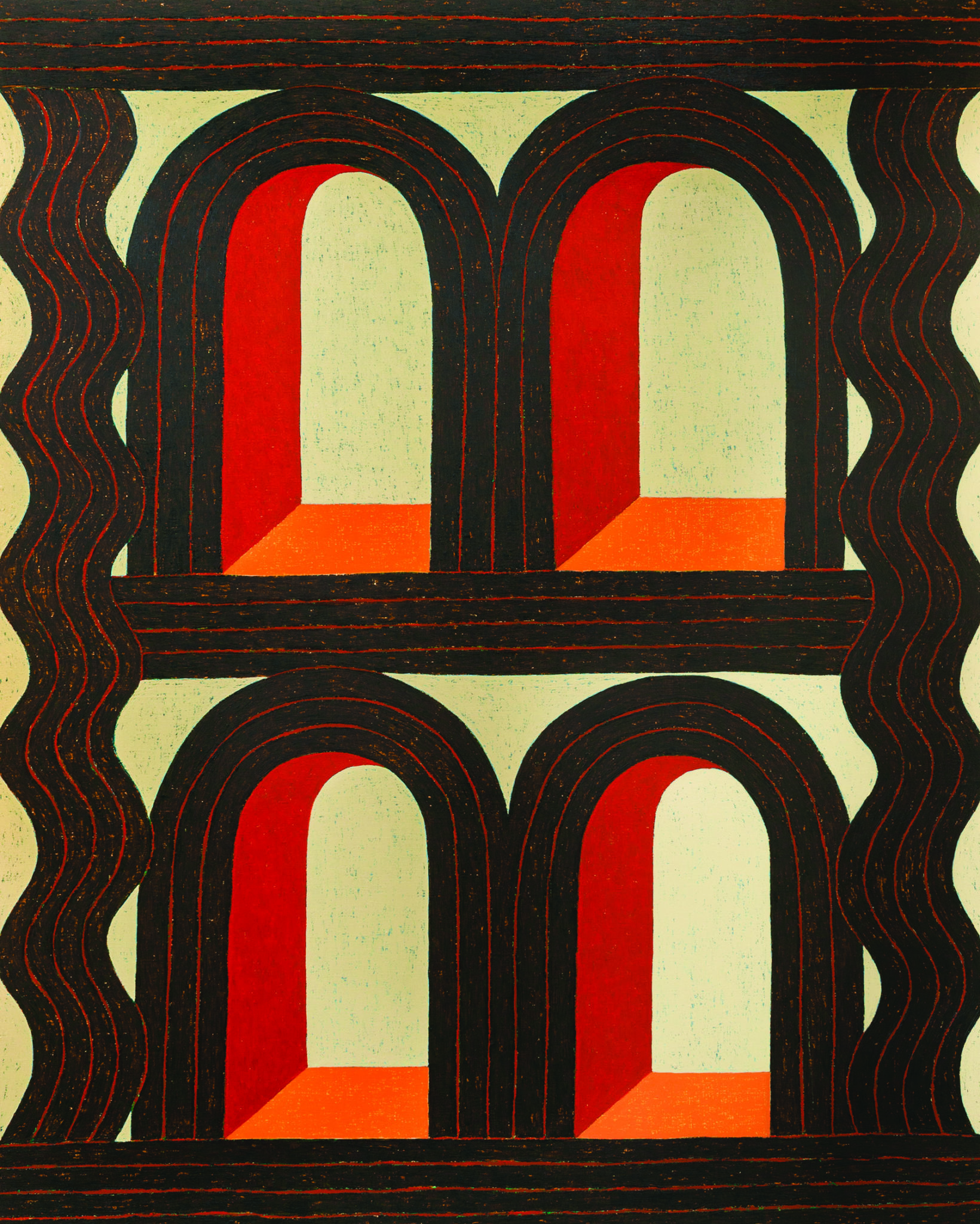 Them beehives, the Prophet said to Zeke, pointing. I seen them before.

Zeke looked out and squinted. You mean the nuclear plant? he said.

I seen bee-soldiers flying out of their hives, the Prophet continued. Up to the stars. Believing they are the most powerful army in history. But all them bees together is the size of a walnut in the ocean compared to what’s above them. It’s warfaring angels, what them stars is! Not one of the soldiers is coming back.

Look, we got to get this information to the White House—

Beneath his hat Zeke’s face was something you’d burn your fingers on if you touched.

Goddamn you, Zeke said. Why do you have to turn every goddamn thing into something else? 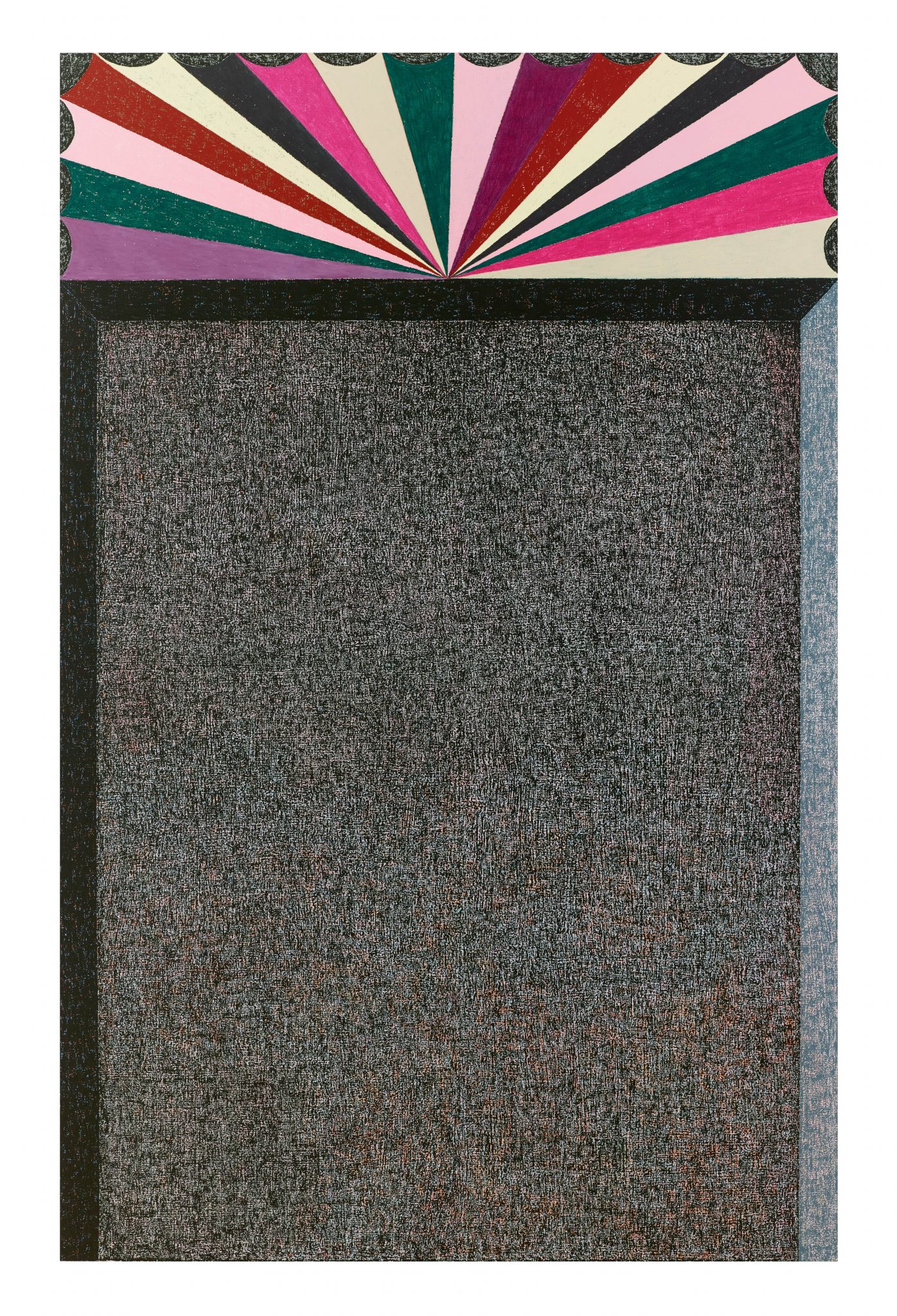 He’d heard Zeke cuss plenty but never goddamn. Somewhere below his navel a trapdoor opened and he grabbed onto the balcony rail with both hands.

Depends how you look, the Prophet said. Onion’s just a onion till you slice longwise and see tongues of fire inside.

Yeah, I remember, Zeke said. Every fucking potato covered with the watchful eyes of the Lord.

On the outside he was standing with Zeke, but on the inside he was falling through the trapdoor, just falling into a dark place he never knew was there inside his body all this time. He needed to think. He needed to explain how when he looked he saw the thing itself but also what was behind it. Was he supposed to not tell what he saw? Was he supposed to not tell it to his own flesh and blood? 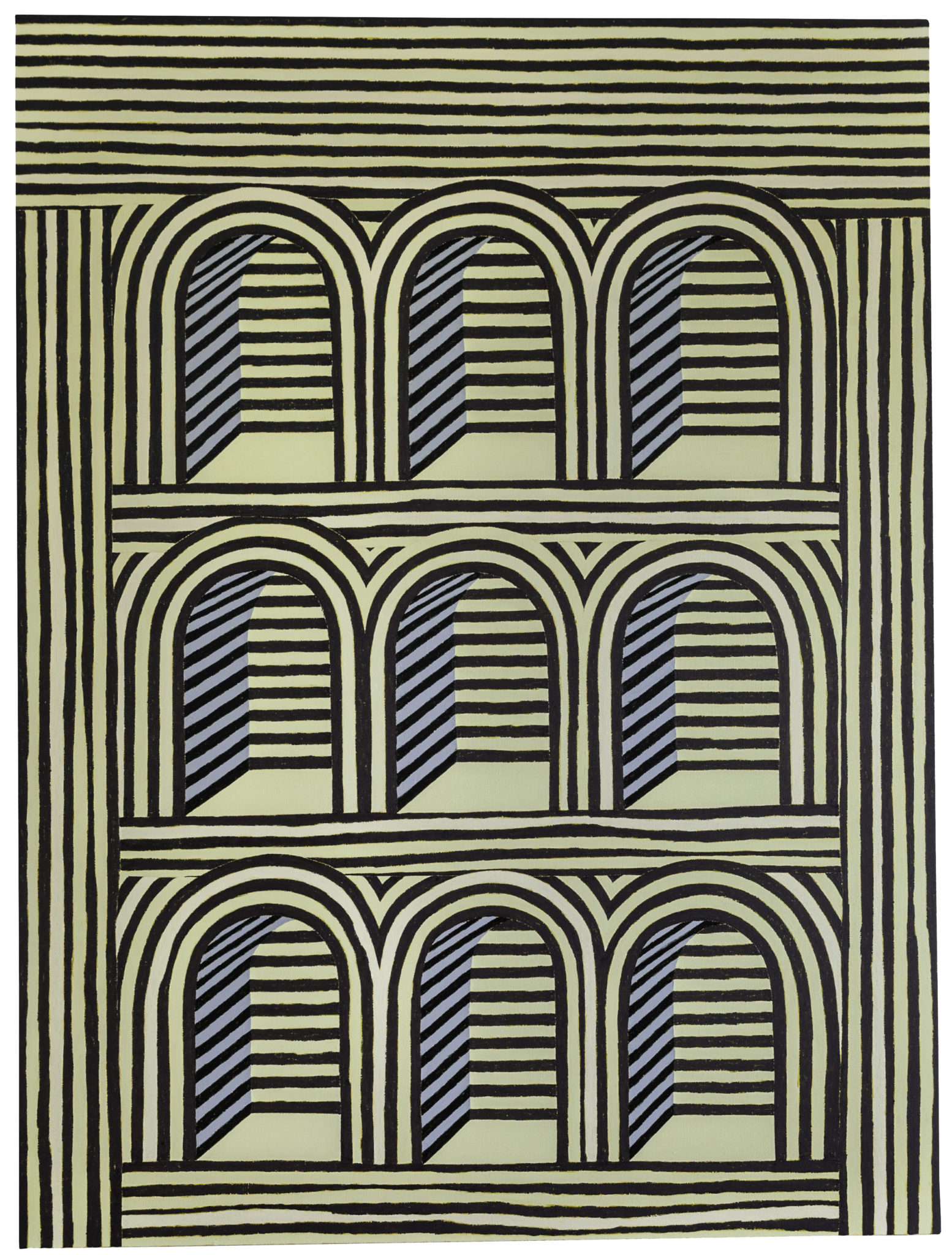 His son’s mouth was smiling, but the Prophet could see that it was a put-on, that underneath he was afraid.

Now you need to listen, Zeke said, because I am going to say this only once. What you’re seeing is the inside of your own goddamn head.

The Prophet’s knees folded and he sat cross-legged, bowing so his chin touched his chest. If Zeke would stop pushing him down through the trapdoor with his words.

I will never take your paintings anywhere, Zeke said. 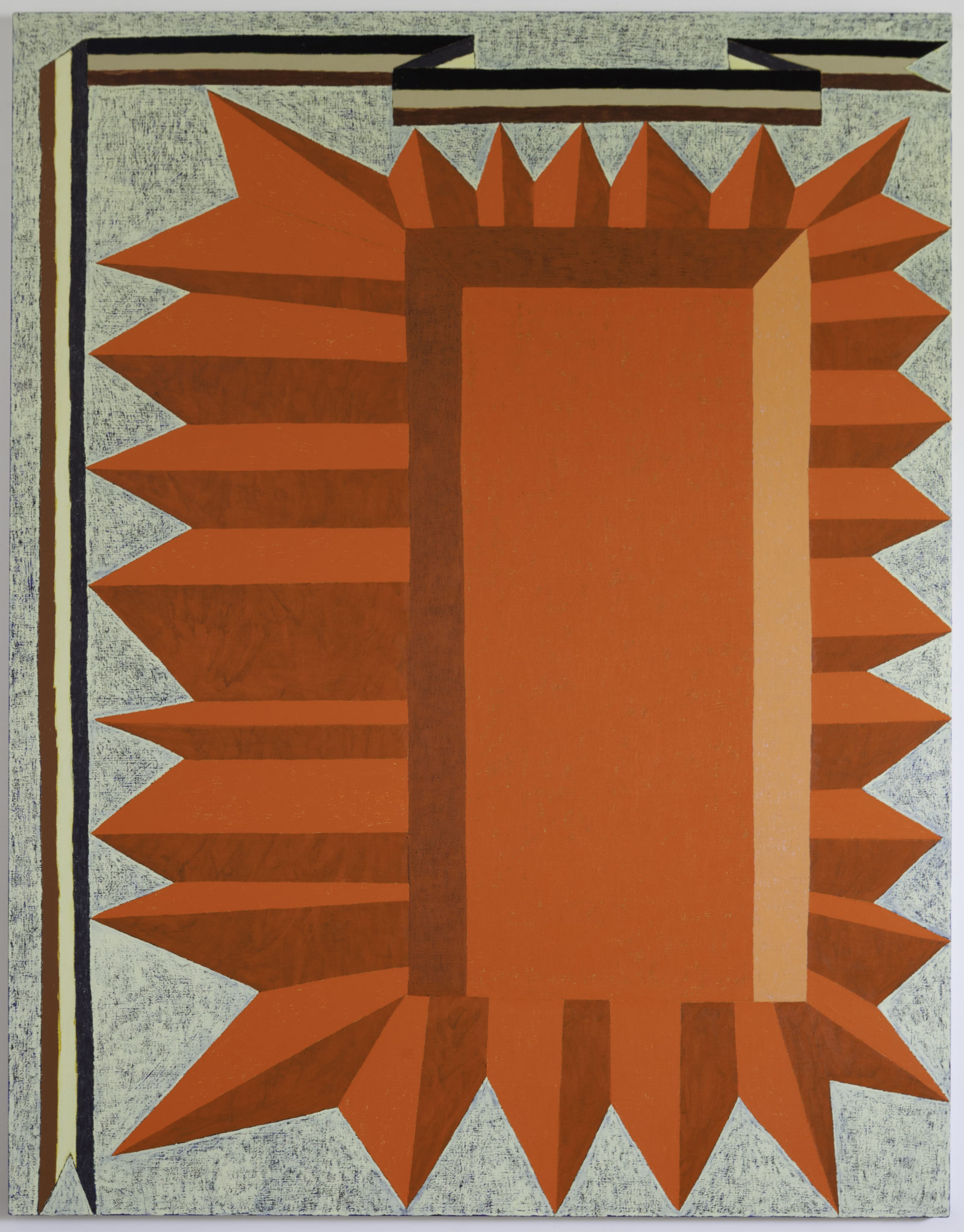 The Prophet looked up at a man he didn’t recognize. Two-Step Devil done got to you, he said.

A lady here at the club told me she bought pumpkins from you last week, Zeke said. She said you told her that she was a buzzing mosquito in her husband’s ear. That lady’s husband’s been dead for five years.

What I saw with her was something future, he said. Two-Step’s put gauze over her eyes and stopped up her ears with cotton. Two-Step’s feeding everyone on this mountain lies.

Zeke grabbed his shirt and pulled him to his feet and the Prophet could smell the Copenhagen tucked into his gum.

Only person on this mountain feeding anyone lies is you, Zeke said.

Matt Kleberg is a painter based in San Antonio. He is represented by Sorry We’re Closed Gallery in Brussels, Pazda Butler in Houston, and Barry Whistler in Dallas. His work is in private and public collections including the Museum of Fine Arts Houston and the National Gallery of Art.

Jamie Quatro is the author of the novel Fire Sermon and the story collection I Want To Show You More (both from Grove). She teaches in the Sewanee School of Letters MFA program. 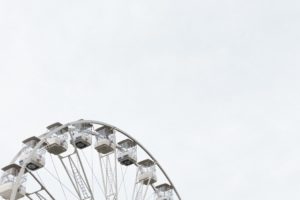 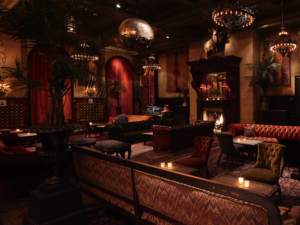 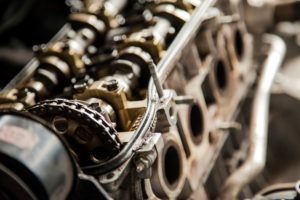