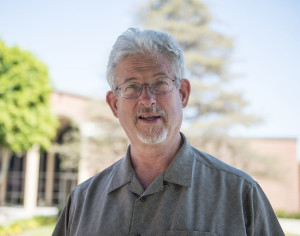 Assemblage artist Barry Krammes uses found objects to create miniature worlds with cathedral-sized impact. Layered with detail, mixing whimsy and tragedy, pathos with weirdness, his beautifully composed tableaux have the scale and scope of Dickens novels. Antique carousel figures, tiny, glowing paper lanterns, and gimcrack plastic people and animals mix with mushrooms, chess pieces, and marionette strings in his dreamlike scenes. With humor and dark allure, Krammes takes us into the world of childhood and coaxes us into reexamining it. Like Joseph Cornell before him, he combines a lively narrative imagination with a meticulous and constantly surprising visual sense. Krammes has been a much beloved teacher at past Glen Workshops, as well as at Biola University, where he teaches permanently; in the classroom he’s known for his humor, generosity, and attention to detail.

Some of Krammes work is reviewed in Image issue 55. Read Christina Valentine’s essay on Krammes here.

Barry Krammes received his B.F.A. in printmaking and drawing from the University of Wisconsin Eau Claire and his M.F.A. in two-dimensional studies from University of Wisconsin Madison. Since 1983 he has been employed at Biola University in La Mirada, California, where he was art chairman for 15 years and is currently Professor of Art and Director of Biola University Art Gallery. Mr. Krammes is an assemblage artist whose work has been featured in both solo and group exhibitions, regionally and nationally. Krammes’ work can be found in various private collections through the United States and Canada. He has taught assemblage seminars at Image journal’s annual Glen Summer Workshop in Santa Fe, New Mexico. Krammes has served as the Visual Arts Coordinator for the C.S. Lewis Summer Institute in Cambridge, England, and is the coordinator for Biola’s annual arts symposium in southern California. He is the editor of CIVA: Seen journal for Christians in the visual arts, a national arts organization.

During Fall 2008, I was on sabbatical from my university teaching position. As a result I was able to complete seven miniature environments. These were shown together with eight older pieces in a solo exhibition of my work at the Biola University Art Gallery, January 27 through February 19, 2009. Currently I am creating a website to house my art as well as self-published artist’s monograph, highlighting a thirty year retrospective of my images. In addition I will keep constructing more assemblages and seek new venues in which to exhibit them.