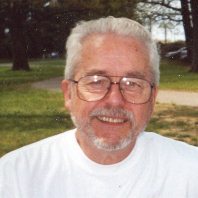 Through the polished and engaging short fiction of Charles Turner, we encounter a southerner of the old school. His stories are powered by a consciousness that feels particular to the South—a sensitivity to spiritual realities, and also to manners and surfaces. In the sitting rooms and country shacks, grocery stores and fish camps, bedrooms and church sanctuaries of his fictional world, we witness the nearness of the sacred to the profane, the dark and violent forces that drive us, and the value of civilization as a means of holding those forces in check. Turner’s work celebrates the quiet virtues of kindness, courage, and compassion, as well as the importance of manners in small things—not only because manners make for satisfying fiction, but also because they work as a field on which moral battles are lost and won. But Turner’s stories touch the more anguished side of belief: they reveal our need for lasting redemption, as well as the frightening possibility that such redemption might be real. He often brings O’Connor to mind—in particular her observation that the southerner who is an agnostic is “very much afraid that he may have been formed in the image and likeness of God.” It takes a landscape where belief is real to see that possibility as a serious and fearful thing. Turner makes that landscape alive—and in it, his characters wrestle with that fear in a contest both vivid and surprising.

Some of Turner’s work is in Image issue 68. Read an excerpt here.

Mississippian by birth, Charles Turner spent his boyhood in Tennessee and Alabama. He and his wife Jo Ann became an item in high school in Chattanooga. He tells it as their sharing of a Latin book, resulting in two daughters, nine grandchildren and three great-grandchildren–still counting. The Turners have lived in Memphis since 1955. Now age 83, Charles has helped to support his literary habits by writing and producing training films, selling fine chocolate, and, more recently, working as a Starbucks barista.

Turner’s short stories include “Shadow of Turning” (The Southern Review), about a boy who spends the night across the street and finds himself leaving one world to enter another; “The Art Student” (Image), which depicts an art student becoming involved in his teacher’s proposition that the human body is to art what the cross is to Christianity; and “Ends of the Earth” (Image), where a well-to-do woman stumbles upon a wretched hill family and offers them a nutshell gospel that she hopes will change their lives, but within minutes her own life is changed forever. Many of Turner’s stories take place in his American South, but the region that intrigues him the most is the frontier between physical and spiritual realities. His hope is that his stories will have glimmers of truth breaking through here and there like summer lightning.

Turner’s 1982 novel The Celebrant (an Episcopal Book Club selection) was based on a true story of a young priest who followed Christ into the hell that was Memphis in the plague year of 1878. Maclin Horton, reviewing the novel in the National Catholic Register, compared it with Georges Bernanos’ The Diary of a Country Priest – “and that is very high praise,” Horton said.

Turner’s next novel, Sometimes it Causes Me to Tremble, tells the story of a pastor who finds himself fleshing out the gospel in ways he never dreamed. In the prologue, Turner states his belief that any novel with a Christian theme should deepen the mystery of God, and not attempt to shallow it.