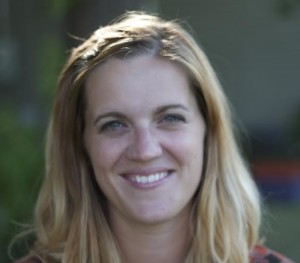 We can still remember exactly where we were sitting when we first pulled an essay by D.L. Mayfield out of the stack of unsolicited manuscripts. In the space of a few sentences, we were transported from an airy, subway-tiled Seattle coffee shop to a crowded apartment complex in Minneapolis full of immigrant families. The writing was so good that we half wanted to stop and google the writer, but we couldn’t stop reading the essay. The piece–about the narrator’s mostly unsuccessful attempts to teach English to a class of women from east Africa–was confessional and funny, and a beautifully observed testament to the perseverance, dignity, courage, and terribly difficult lives of her students. The writer immediately shows us that she is self-aware about what she calls her own “evangelical fervor,” but as the essay unfolds, it reveals a person who fully inhabits what is best about that fervor: compassion, energy, willingness to look like a bit of an idiot in the name of love. The result is a captivating blend of personal essay, deeply humane portraiture, and social commentary that breathes love in every paragraph. It’s opening envelopes like this one that makes an editor’s job rewarding.

Some of Mayfield’s work is featured in Image issue 82. Read an excerpt by Mayfield here.

D.L. Mayfield came to writing later in life. An Evangelical home schooled pastor’s kid, she grew up wanting to save souls in far away lands. In 2011, she won the McSweeney’s Internet Column contest and for a year wrote about her life relationships with Somali Bantu refugees in America. From there, she began to write for numerous publications, including Geez, Christianity Today (June 2014 cover story), Image, The Other Journal, and The Toast. She is the 2015 recipient of the VanderMay Creative Non-Fiction prize from Ruminate Magazine and recently the recipient of the Evangelical Press Award for Best Criticism (for “Awareness Raised” in Books & Culture). She received her  MA TESOL in 2010 and specializes in teaching literacy to pre- and non-literate adult learners. She, along with her family, are currently in the process of relocating back to her hometown of Portland, Oregon. She is addicted to surprising relationships, wherever she can find them.

Besides moving across the country and preparing for the birth of my second child, I am working on the edits for my first book, tentatively titled “Dispatches from the Stateless Wanderers,” which is forthcoming from HarperOne in 2016. The book, a collection of essays, details my critiques of the American Dream and my relationships with Somali Bantu refugees which ended up shaping my life. The book is partly a description of my own journey through moralism and legalism through the lens of being a radical Christian and partly a narrative theology on the blessings of the “upside-down kingdom”—where the poor and the sick and the oppressed are first in line to see Christ.

I continue to write creative non-fiction and slightly more-journalistic pieces for various publications, preferring to be the irritant in the oyster of my world, which often happens to be the Evangelical church. I enjoy engaging the social issues of our time through the lens of my own spiritual poverty. In the future I hope to see more Christians embrace doubt, failure, and mystery as essential to discipleship. I also hope to see more literary publications make space for writers of deep faith and spirituality. I host conversations on the ethics of representation, downward mobility, new monasticism, and more at dlmayfield.com and @d_l_mayfield.