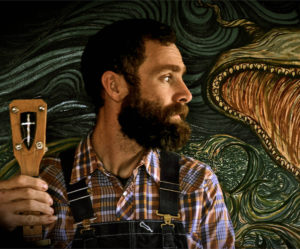 One of the most striking things about artist Jack Baumgartner is his willingness to try everything. He draws, paints, and engraves, makes music, carves, and has produced one extremely sophisticated puppet show—all of which go under the heading of what he calls “the School of the Transfer of Energy,” which combines his artistic output with the life of his family and community in rural Kansas. He lives outside Wichita with his wife, Amy, a Presbyterian minister, and their four kids, on a piece of land where they raise chickens, goats, and a variety of garden crops. She makes soap. He works with wood and photographs the farm. The kids help with the animals and garden. It’s an idyllic life, integrated into the land, rooted in a particular place—the kind of life many of us long for but feel is impossible. The integrated life is a necessary background to the art he makes. Throughout his strange, magnetic work, in each genre, one obsessive image recurs: a tall, thin, bearded man on a quest, being tested and tried, usually through encounters with nature, gradually being reshaped and growing in his sense of radical dependence on God. The figure drawings are imbued with a sense of both humility and restlessness (the central figure is pretty clearly part self-portrait). As Elizabeth Duffy writes in her essay in Image issue 87, Baumgartner and his community are full of “a longing to participate in God’s work of creation. Perhaps it is his ability to talk about these spiritual longings openly, to use this particular language without irony, that draws people to Baumgartner and his work.”

Jack Baumgartner lives in south central Kansas, with his wife Amy and their four children. As an artist, farmer and woodworker, Jack seeks to cultivate a wide range of disciplines with a high level of skill and authenticity. The daily labor is a holistic gathering and practice of arts, crafts, trades, community and agricultural stewardship. Jack tries to reflect in his life the multifaceted beauty and harmonious complexity He witnesses in creation as a quest into the heart of God.

The weaving cadence of life is my current work. Paintings bleed into furniture, and the topsoil stains the drawings. Children are on the printing press and chickens in the studio. In my back pocket are sheep shears and a pennywhistle.

Paintings take years to complete around here; it is the slow development of life and beauty. There are two that feature Jonah (an often visited theme), and a large panel of Thomas encountering Jesus for the first time after He rose from the dead, with all of the disciples gathered round.

There is the building a traditional log cabin for a ranch in S.E. Kansas, using the resources from the land it will be settling on. Some of the dynamics of this project have included the selection and harvest of timber, to the forging of tools for the build itself. The cabin will function as a sanctuary/ retreat deep in the Kansas landscape, and a backdrop for developing stories.

There is a series of engravings and linocuts telling the story of roots encountering the ancient witness of the earth.

Our farm is on the verge of a burst of expansion, as we grow from a 5-acre homestead with leased pasture for our sheep, to 40 acres of our own grass and fields.

Finally is the emergence of a long hidden seed of something new. Its manifestation is a mystery to me, but I am studying the new growth with all of my attention. 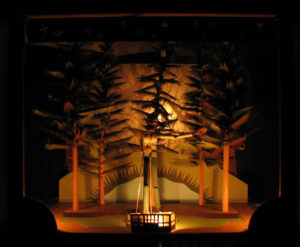 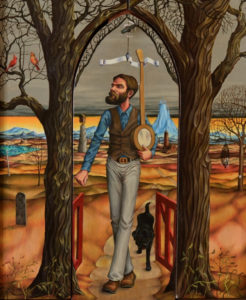 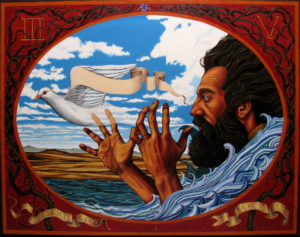 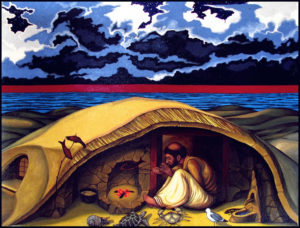 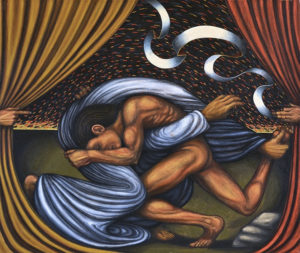 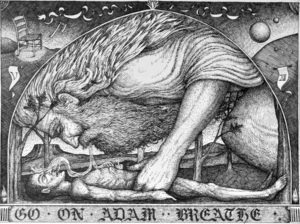 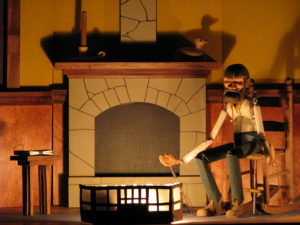 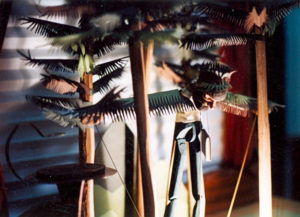