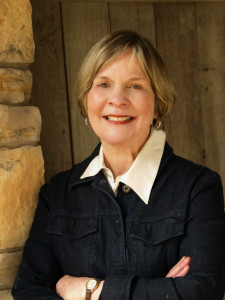 After Jeanne Murray Walker earned a Ph.D. in English, she returned to writing poetry and published five volumes, including Nailing Up the Home Sweet Home, Coming into History, and Gaining Time. Jeanne’s poetry appears in periodicals such as Image, Poetry, American Poetry Review, The Nation, The Georgia Review, and The Christian Century. She has received a National Endowment for the Arts Fellowship, the Colladay Award, The Prairie Schooner/Strousse Award, and in 1998, she was named a Pew Fellow in Poetry.

In 1990, Jeanne wrote her first play, which won the Washington National Theater Competition. Subsequently, her plays have been performed in Boston, Chicago, and London.

Jeanne serves on the Editorial Board of Shenandoah and as Poetry Editor of Christianity and Literature, and teaches workshops and reads her work frequently throughout the United States and abroad. The mother of two children, she lives in Philadelphia and teaches at the University of Delaware.

“A list of what I’m working on this month will, perhaps, give a sense of how varied my projects are. I am making a final revision of Inventing Montana, a two-act play that will open at the Centenary Stage outside of New York the last week of February. I have just written the first ten pages of a new play, Word/Word/Word, which I will be developing during the next two years with Eastern College Theater. And I am getting ready a script of a play I wrote last year for the May premiere at Philadelphia’s Hedgerow Theater called The Queen’s Two Bodies.”

“Meanwhile, I’m drafting a talk about artists stalking the margins to give at Gordon College this fall and copy editing my essay about metaphor for Nuts and Bolts, a book that will be used primarily by journalists. I have just finished a short poem to include with a chocolate candy bar figure of a trickster-artist that a sculptor is creating to be sold at The Visual Fringe Festival. I am planning readings for the winter at several universities and pulling together a course in theater that I will teach for for five weeks in London starting in January. I am gathering poems for a sixth book and trying to find a morning to hop onto on of the Philadelphia buses displaying a poster of one of my poems called ‘Aunt Joe Learns to Keep Her Balance’.”