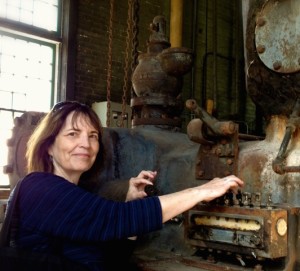 Lynda Sexson is an amphibious writer—she slips easily across the boundaries between fiction and nonfiction, science and philosophy, personal essay and thought-piece. Fiction and nonfiction are not separate categories but a continuum for her, as are the natural and supernatural worlds. Like a classical essayist, she often begins in pursuit of a question, and she’ll follow it down any avenue, plucking wisdom from any source—animal, vegetable, mineral, or spiritual—and surprising us with connections only she could make. She’ll move seamlessly from the science of crow behavior to Marquez-like images of angels to personal anecdote and back again. The voice that comes across feels in some ways deeply solitary and introspective—but Sexson also seems to live in continual conversation with her surroundings, her neighbors, and, of course, with other writers. Her language is by turns lyric, playful, surreal, and terse, and her flexible style offers a hardy framework for a wild constellation of images—dreams, trees, angels, birds, dogs, neighbors, and voices from centuries of books.

Her work is translated into several languages. Notably, her story “Turning” was translated into Japanese by Haruki Murakami for his Birthday Stories, chosen for the 30th Anniversary Celebration of Selected Shorts, and made into a BAFTA-nominated short film by Karni and Saul.

The award-winning teacher and writer earned her PhD from Syracuse University in Religion and is Emeritus Professor of Humanities at Montana State University, where a scholarship has been established in her honor.

She writes stories and essays, which have appeared in distinguished journals such as the Kenyon Review, The Gettysburg Review, Ninth Letter, Epoch, Massachusetts Review, and many others, including, of course, Image, which has published both her fiction and nonfiction—categories she finds permeable.

Her film, My Book and Heart Shall Never Part, is a visual essay on early children’s books (starring her granddaughter, Devita). It is one of her many collaborations with Michael Sexson, her husband, including performances, conferences, workshops, and their occasional journal, Corona, “marking the edges of many circles.” They recently lost their son, altering all the colors in the perceived world; their daughter sustains their days.

I am discovering that joy and sorrow are not opposites. Writing is solitary and I am shy of the future tense, protective of works that are still metamorphosing. But when you come knocking on my shell I do want to sit down with you over two projects.

As I arrange a coherent whole from independent stories in a collection, “To Sugar a Mirage,” I am finding that these narratives inscribe the eros of absences, distances, and invisibilities. (One of the stories, “Sally, Lucky, Ghost, and Spot” was in Image 56). I cannot articulate anything about my work, but I have noticed that my characters resist the supernatural even as the divine bursts into their lives.

And, I want to sit down with you to talk about how some of my essays are inflecting “Language, Sleep, Madness, Dreams, Beasts, Sex,” the imponderables Emerson strings together in Nature. You probably want to tell me that these six words are too long for a title, though I imagine my readers rapturously reciting them. The subtitle, “Why These?” may serve as a token for those in a hurry. (One of the essays, “Implicit Tree,” appeared in Image 81). I have noticed that my essays, too, are parables, suggesting that beauty is a reflection of the indecipherable.